In case you don't know, Jez Cordon is a well known MS insider and writer for Windows Central.

Like I been saying guys. MS wants games on GP that everyone can play - even on a Xbox One/ modest pc - and that'll keep them engaged with the service. Not AAA games that will be a visual spectacle to showcase Series X's hardware. Expect to see a shit ton of GAAS, and episodic games, though. 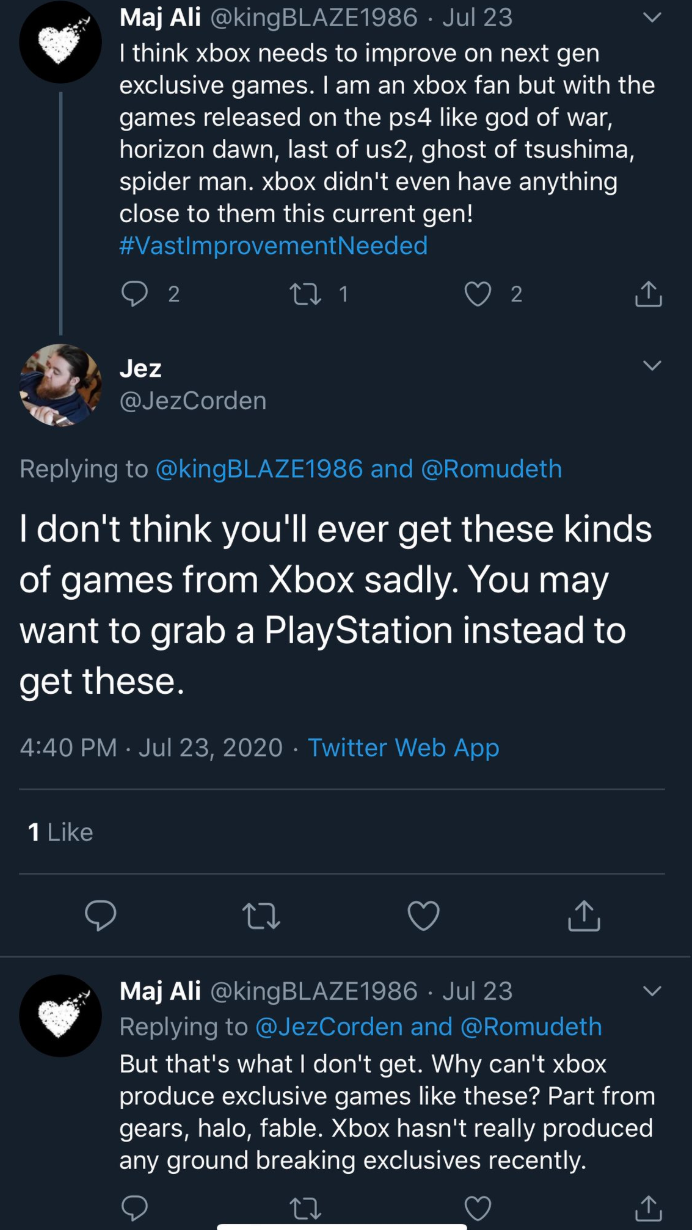 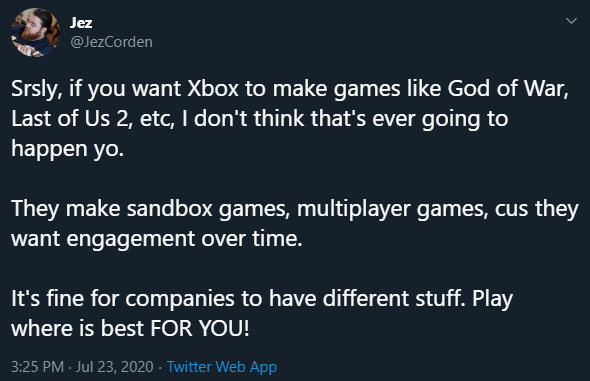 Exclusives for Xbox ended ages ago, why the question always comes up is weird.

I don't, MS don't know what the fuck they are doing and it's destructive to the gaming-industry

They want every game to be a games as service cause that is the only way Games Pass is gonna work in the long run. So every game will be like Anthem and Destiny

Yeah, I dont. They want quantity in order to expand the library of Game Pass. They wont spend 4-5 years on a SP game.

Not what he said at all but of course it fits your typical Xbox concern trolling, locking.