The kickstarter for the spiritual successor of Suikoden, called Eiyuden Chronicles which you can read more about here, went live a little over an hour ago.
The goal was for $509 000 USD, over the course of 31 days.

But in roughly just 1 hour the goal was nearly met, as pledges kept raining in. And just when I was about to screenshot it for this thread, Kickstarter crashed. 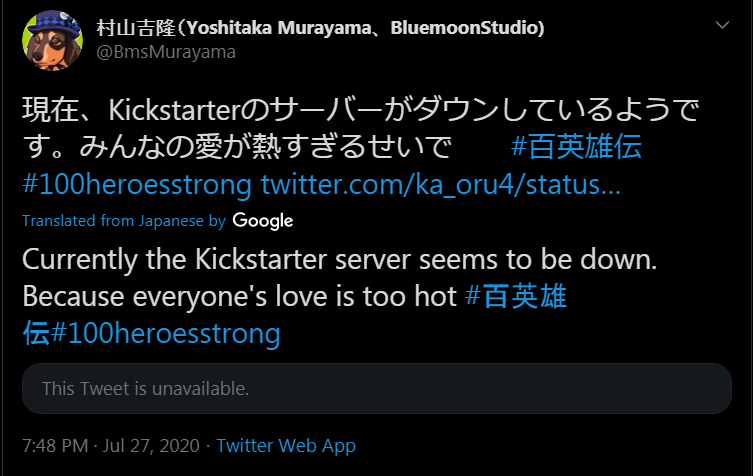 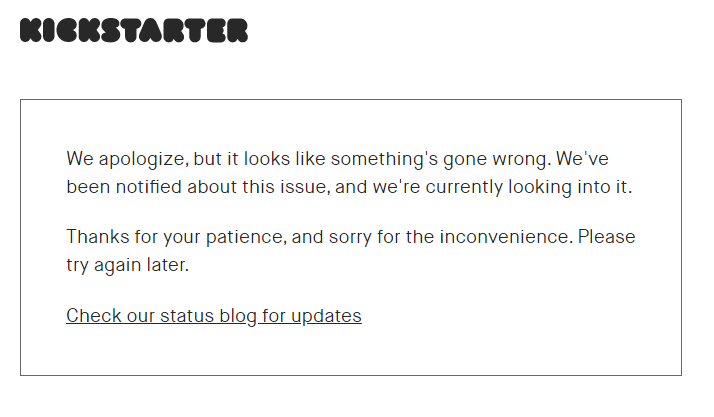 It's back up now, and about to hit the goal in a few minutes. 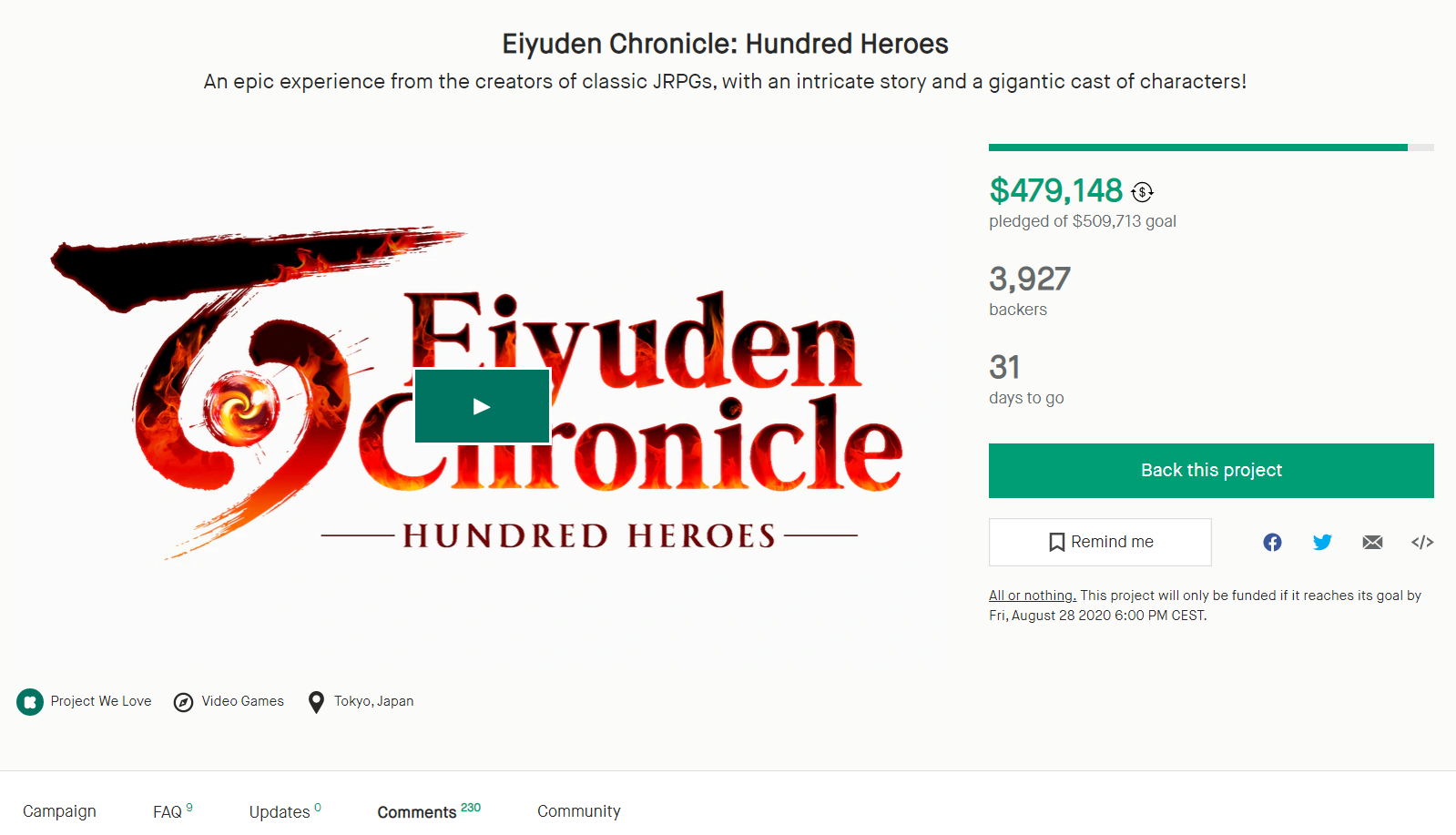 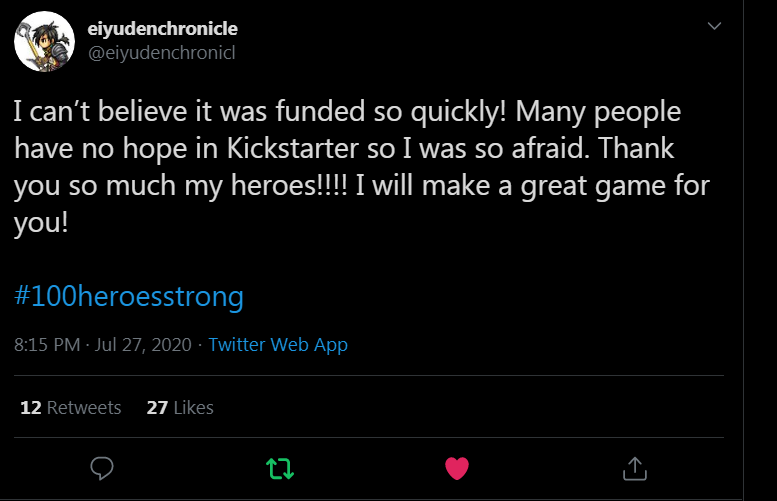 And it was all thanks to me.

Lol jk, seriously tho thats fantastic, so I guess it will indeed come out for every platform then. I wonder if they'll consider expanding their original plans for the game after this.

I'm glad that it will easily meet the console stretch goal once Kickstarter is back online. Definitely going to play this on my Series X when it releases in a few years.

The kickstarter is back online after the crash now, though some of the pre-crash donations were lost. At $460k and climbing now, console stretch goal is $1m.

Watching this in real time is something

It looks awesome. Personally as a rule, I am not gonna back it until it comes out but when it does and assuming it ends up being great, I'll buy it for sure.

Edit: Hello, this post was once about an illustration in the kickstarter. It was not that important of an opinion.