It is often said that Europe is more oriented towards Sony but it is false, it is necessary to separate Western Europe and Eastern Europe. Nintendo sells very well in Western Europe (Nintendo clearly smashes PlayStation in France, Spain, Germany) while in Eastern Europe the Nintendo Switch is extremely expensive due to imports from the West.

I'm hoping the Switch could gain a foothold in Eastern Europe eventually, cause that's the key region the Switch need to capitalize on it they want to sell over 120M units and compete with the PS4 in sales. If the Switch could capitalize in that region, there's a very good chance it'll outsell the PS4's lifetime sales.

PS4 has almost 47 million units in Europe and Switch almost 16 millions, Am I missing something from OP??

The Switch will outsell the PS3 in Europe , if you saw the graphic 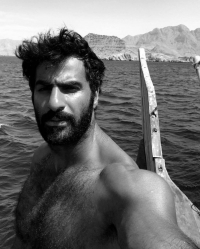 I read the comments about Nintendo + Eastern Europe.

Nintendo never cared about all the countries east from Germany (and for some good reasons). You have to remember the history of the eastern block. Till early 90s video game industry wasnt allowed (so almost no gaming till 90s). After the USSR fall apart and later in the 90s and early 2000 the piracy was super high due to poor standard of living and it was mostly PC focused (it was easier and cheaper to pirate games).

Sony was the first to officialy launch their console -  PSone in almost all the countries in the eastern block. Sega tried a bit earlier in 94 with Saturn and some paper magazine ads mostly in Poland, Russia, Czech Republic. (but they had problems selling Saturn in US and Japan), so they quickly left the market. If i remember correctly the first bigger marketing campaign in almost all eastern european countires was connected to the DS and Wii era. They almost left the market in the 3DS and WiiU era, and are back with Switch marketing again. The problem is mostly Nintendo. They are not offcialy present in most of the Eastern European Countries - like Poland, Hungary, Czech Republic, Slovakia, Balkans (region), Ukraine etc. They use third-party companies to make their marketing and distribution. This means a lot of problems to customers - no offical support, no language support, high prices (becuase of the extra % added from the distributors).

Most of the eastern european customers doesnt feel right about the Nintendo policy. They feel like 3rd class customers so they naturaly choose PlayStation consoles or Microsoft one.

Years of market negligence almost establish the Eatern Europe as Sony Land. Nintendo have to do a lot of work if they even wanna try to get the customers here. At least people are slowly discovering Nintendo games and they really wanna play it, especially kids.

Personally i think now is the time for Nintendo to get the market - They have good console with quality games. The piracy is all-time low - people are getting richer and wanna spend more money on entertainment.

And Greece too , but Nintendo is breaking the sales record en Western Europe