After finally getting my new parts all installed and ready to go (save for an additional graphics card), I thought it's been a while since I made one of these threads and want to see what everyone is working with these days! So, let's have it! Drop a pic, or two, in here with system specs and also if you plan to make any adjustments to your stuff in time for the next gen consoles (I'll be upgrading my CPU before year's end, for example).

SKYLAKE-RTX (as I call it): 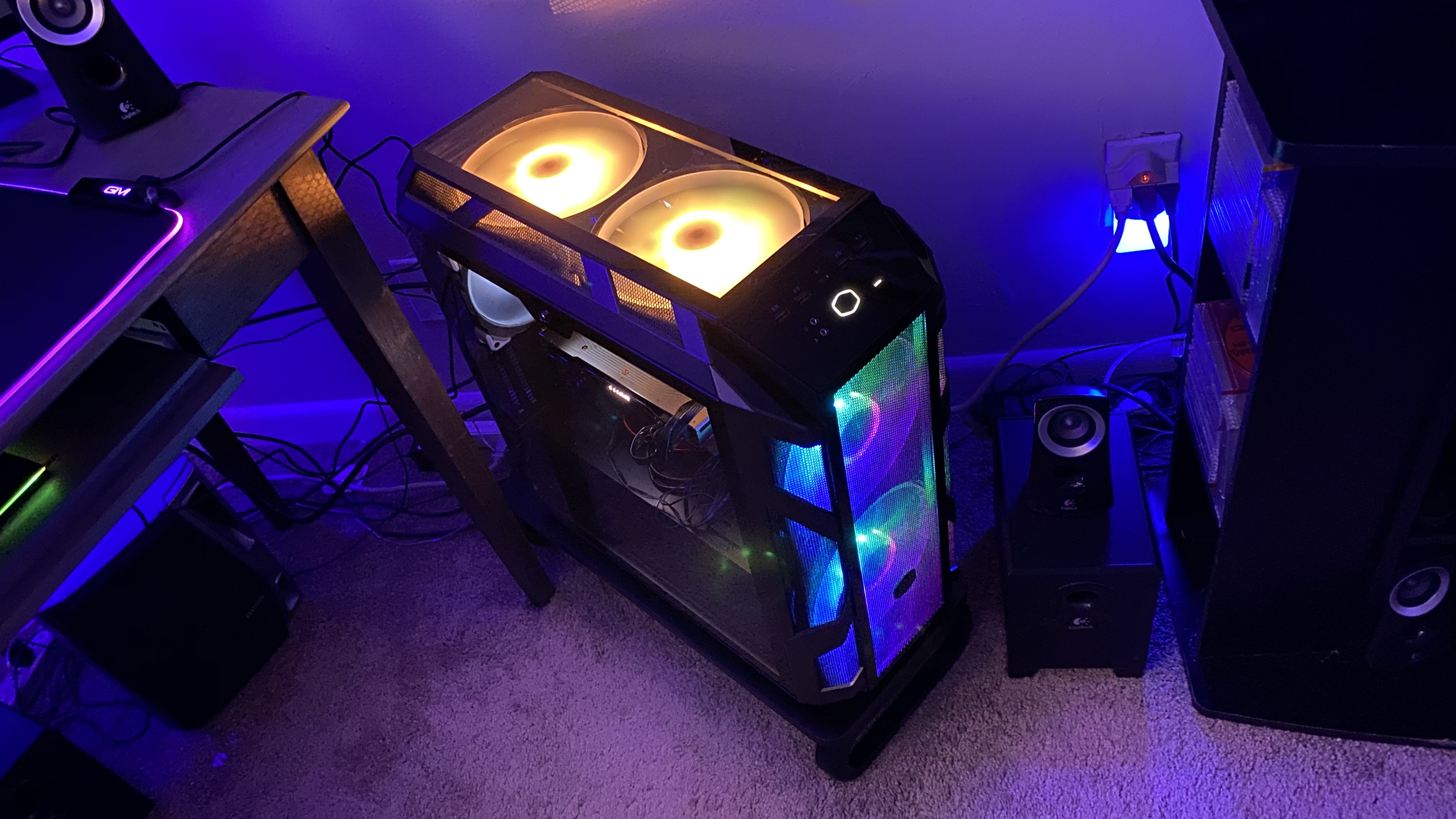 I would, but Nvidia and AMD refuse to release the hardware for my new build. But I can already tell you that there won't be any kind of RGB except for the ASUS mainboard which will be hidden in a case without a window.

PC specs are in my sig but I guess I can expand properly here:

CPU: Had to go with the Ryzen 9 3900x 12 core 24 thread CPU, it's the entire reason this build exists (Also got a nice 4.3GHz all core boost for that sweet 7650 Cinebench score).
GPU: Nvidia RTX 2070 Super, mainly because the 2080 super/Ti was just far too expensive to justify, especially with my choice to go for an Acer Nitro 27inch 1440P 144hz monitor. More power would've been wasted money.
Ram: Nothing special really, 32GB Corsair Vengence LPX DDR4 at 3200mhz Dual Channel. Got it to 3600mhz on my old board but I haven't bothered to re OC them.
Motherboard: MPG X570 Gaming Plus Mobo from MSI. Unfortunately chipset has a cooling fan and was a bit on the expensive side but supports Gen 4.0 PCI Express.
Case: is just a Corsair Spec Delta, literally nothing special about it, might upgrade the case but meh.
PSU: PSU died on my old build and killed everything so I went a bit mental with a 650W Evga Gold Plus Semi Modular PSU.
Storage: Samsung QVO 1TB SSD, literally one of the cheapest 1TB SSD's I could find and afford with the rest of my budget, I literally 2 days ago added a 2TB Seagate 7200rpm HDD and I've loaded an ass tonne of games on there.

In terms of Cooling I replaced the case fans with RGB UpHere Cooling fans, the RGB controller has been wired to my reset button for the bajillion modes they have.
My outake fan at the back with the ring LED's is actually a Wraith cooler that comes stock with the 3900x but when I replaced the CPU cooling I didn't want to waste a perfectly good (and cool looking) fan, so removed the heatsite and the front shield and it has it's new home removing alllllll dem heats.
CPU Cooling wise, I went with a Noctua NH-D15 Chromax Black edition, because I hate noctua's colour scheme but this ridiculous behemoth of an air cooler needed to be mine. I didn't want to watercool as I wanted my cooling solution to be more reliable and not have to worry about pump motors and things. (used MX4 thermal paste)

Other things in the Set up, I have the Acrtis 7 Pro wireless headset that I use for my PC and PS4 (out of shot but it to the left of the secondary monitor).
Went through the main monitor, secondary monitor is a 1080p 60hz HP 23xi IPS monitor, both screens are IPS. This has served me well for the past 6 years and I don't feel the need to move on from it just yet.

Keyboard is an G213 Logitech Keyboard, it's a membrane keyboard that is impersonating a mechanical keboard. I have this because my girlfriend absolutely despises the sound of my old keyboard so I had to settle..
My Mouse is the M908 Red Dragon, it gets a bad wrap but I have noticed no issues at all using it for anything from MMO's (them programmable buttons) to FPs to other games and general use.
Mouse mat is just a large random brand RGB mouse mat. Has a few modes, pretty cool but I got it cause it was cheap, wasn't even planning on making that RGB.

Noteworthy mentions: A seldomly used Logitech C920 webcam (not the new HD Pro version, I had this for many years) and a Logitech G29 Steering wheel, pedals and H shifter I use for PS4 and PC.

This is the corner I basically live in. *and breathes*