Forums - Gaming Discussion - The Factors that make a game great

Before I start:
The fun fact is of the things I will mention some of you will value factors higher then I do, and obviously some lower. The mix of what makes or breaks a game is all up towards your own personal taste. Yes taste can be dictated by nature (I like what I like) and nurture (I like what I like because of my environment).
so these factors in the end create a mix on how you value and appreciate a game.

Sound and Music
Sound has changed as much as games have since it’s inception. From a few notes to complement you playing tetris to support your driving experience by having racingsounds at the arcadebooth. From music being the core of the game in guitar hero or rock band to pump you up during the legendary SR3 mission with “I need a hero”
Or in FPS sound of the environment and location awareness is someone coming from the right, left or this asshole coming from behind. It its fucked up when the sound is there but isn’t produced in a way you can get that information, and can damn well ruin your killstreak and experience. Another prime example do you want every car to sound the same like in the Crew or do you like to know which car you hear without seeing them like in Forza.
Or setting the mood in a horrorgame with a tree making scratching sounds against a window and the next window you see and hear a likewise sound its a fucking zombie.

But the absence of sound isn’t the end of the world like in textbased games where you play the game by writing and reading tekst, you get to envision the world within your own head thus envision the would be sound accompanying it. it allows you being a creator.

Story
Generally a story is the telling of an event in such a way that the listener experiences or learns something just by the fact that he heard the story. Its about transferring information, experience, emotion, attitude or point of view.
Incase the case of mario the princess is kidnapped by a baddy and you need to rescue her. In Mass Effect the factor is much more evolved and you have the option within certain limits to influence the story. Or take Daggerfall where you are let loose and you make your own story. Hell even the Sims let you create your own story. Anyway most other games have you follow the path set our for you, and try to shock and awe you like the airport scene in CODMW2. The death of rampage in Darksiders 3 or RDR2. Take Children of Morta or PoE where you can follow the story or choose not to and just focus on the grinding.
Even a simple game like SSBU has a great story with an even greater hero.

Let’s talk about the prime example a game doesn’t need a story in the ordinary sense is Mario Kart view: racing to finish first is a story. Which is exactly how i view games like LoL, Valorant, Apex etc. because the story is different each time and its replayability extreme

Looks
Obviously textbased games are a prime example of how looks could be fully disregarded but I won’t simply because the eye wants something aswell. I can rant about going from a shitty aladdin game made by Virgin to MK on the SNES, to Red Alert and sim city to Mario64 and Goldeneye, OG tomb raider, towards Oblivion and Crysis and hopefully Star Citizen.
in other word the reiterate Tech curve over the last few decades.

I’ll simply go with view distance and draw distance and details in games combined with or without stylistic choice in cellshaded and likewise games.
Not having you walk in the floor instead of on the floor, corpses actually looking like they should, faulty reload animations and that kind of crap

Gameplay or mechanics
This is the main BEEF of games, without good gameplay the other factors matter less.
No matter how good the Sound, story and looks are without gameplay you might just aswell change the input on your TV and watch the latest marvel or walking dead episode there.
So lets take grinding for example getting to level 60 in classic WOW in a grind but once its done its done, unlike endless gear grinds whom feel unfair to the player.
endless powergrinds on the one hand are a great thing for someone less skilled to defeat the same boss as someone who has better reactions/situational awereness and a better understanding. On the other hand a badly implemented endless grind removes any challenge from a game, which for some of you might sound fantastic but in reality isn’t.
looting and ammo scarcity is the same thing if you find OP shit everywhere on the map, you just run guns blazing into everything, if you do get an OP artefact you lose that same trepidation. If shit is scarce you will think about spending a bullet before you shoot it.
the same thing goes with upgrades they need to make you feel powerful, but you bet your ass you will encounter stronger enemies aswell.

Now take AI normally you have different setting which to pick, but having an AI see how you play and adjust the challenge to that is a bonus.
But also think about how do events trigger, is is due to being near the event, is it timebased whether or not you are around.  How scripted do events feel etc etc.
destructability this one reminds me of the old cartoons if a rock/door/object was differently animated you knew something was going to happen with it later on.
Why would you continue with a game, because of discovering what you might miss out on and satisfaction. What could have been in that additional world on top of the hill, what could have been in that safe and getting rewarded by your curiosity.
In multiplayer games it is getting the socialization with others in guilds or clans while gloating over achievements you have done together.

Conclusion :
Does a game need to have all factors mentioned above? No, but it needs to implement the factors it entails well.
As you might have noticed personally gameplay tops everything.
Agree or disagree, did i miss anything in your opinion? I welcome your comment below 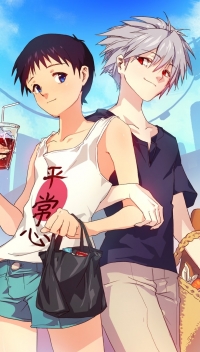 I had this EXACT same thread idea a few weeks ago. I could even post screenshots to prove it! I have the google doc and everything! BOOO!

Anyways, I'd say gameplay and mechanics top all. Difficutly is pretty high up there for me, even if I ragequit easily, I like a game to be challenging, otherwise it usually just bores me. My bottom two in terms of importance would probably be Music > Story. Though, music is a weird example where it being so low is actually because games tend to have decent music so consistently, that is sorta devalues the quality when the music of a game isn't absolute excellence. There is rarely a time where a piece of music just annoys me or fails to set the mood properly, so as a result a lot of decent to good ambient music in games just ends up having the same effect to me: good tone setters, but not something that I'd listen to consistently after playing the game. It's a little different though when a game almost makes it's music sort of a set piece of it's own, or if the music just sets the tone that well (Halo/Xenoblade/DMC etc). I'd personally separate sound design from music. I think it's one of the most important aspects, though.

The more boxes that get ticked, the better.

You left out the most important factor of all: content.  Imagine a game with the best graphics, music, story, and gameplay.  It's over after 1 hour.  Now the game is really disappointing.  On the other hand if you have a super long game without much variety then that gets old too.  Content is actually what people are looking for when they buy a game, both quantity and quality of content.

(You also left out challenge, but content is even more important.)

To me, it's a combination of everything.

It has to be beautiful, either creatively or graphically. It has to have best in class music, such as orchestral music and music that fits the gameplay, or the best quality of music at the time. It has to have a deep story that means something to me, it has to come and get me. The mood needs to be very delicately made, the lore and characters need to be rich. The gameplay needs to make me feel like I am the character, and needs to be tight. The more intricate the skills in the game, and the more important mastering those skills is, the more engaged I get. The game should preferably have non-forced world-shattering moments that stick with me.

You forgot the most important factor!

yes agreed, its unmentioned under gameplay/satisfaction

It's easier to accept than your continued than/then errors.