Basically between how well Animal Crossing N.H has done and some design incompatability Nintendo is leaning away from the things for a good while. 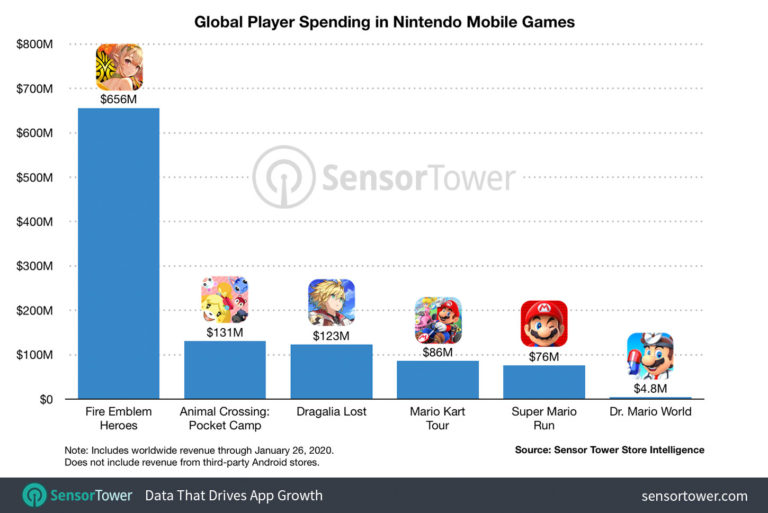 I do feel like Pokemon and Gatcha are as compatible as Fire Emblem and Gatcha, but Pokemon is notably not mentioned....also as far as I can tell Masters lacks swimsuit seasons. Still I'm hardly complaining

They aren't retreating from mobile, rather they have no intent to increase the number of games they'll release on smart devices. Their strategy has always been about IP awareness to drive people to their dedicated gaming hardware, and said IP awareness was going to be achieved by smartphone games that have a long life. The article mentions Square-Enix's strategy for comparison, which is the release of dozens of smartphone games for one and the same IP, but that's something that Nintendo never had any intent of doing. One game per IP was Nintendo's mantra, so that's something that was always bound to result in a stagnant number of new releases with an eventual decline being a real possibility.

Likewise, Nintendo's core business (dedicated gaming hardware) was always going to remain their focus, so nothing new on that front either.

If someone expected that Nintendo would eventually grow their efforts for smartphone games, then they didn't understand Nintendo's strategy to begin with. In that context, it would appear as if Nintendo is retreating right now, but the reality is more that the release schedule of smartphone games has its up and downs just like the release schedule on dedicated gaming hardware. Nintendo released two smartphone games per fiscal year on average and during the last fiscal year they released rather early while this fiscal year it's going to be late until there is something; this creates a large gap in release timing, but that isn't conclusive to speak of a retreat. Something that would be more substantial in terms of retreat would be if Nintendo ceased to maintain and update the smartphone games they have already released.

Seems like their mobile games is bringing profits and possibly bringing people to their platform, all win.

Yeah, as others pointed out, Nintendo never intended to use mobile games for more than marketing tools. Sure, they make money, so that's an added bonus, but they remained laser-focused on releasing high-caliber titles, hence the success of the Switch.

Fire Emblem Heroes though... I had no idea it was that popular

I played for 6 months, it was good play.

Didn't the Nintendo president say they wanted mobile to be a $1 billion/year business for them? I'm guessing Mario Kart and Animal Crossing on mobile wasn't as big of a hit as they were projecting. While they've probably done well, they're not huge blockbusters on the mobile market the way Pokemon Go was.

5 out of the 6 mobile games they release were financial failures. Don't blame them for leaving the mobile game space.