Forums - Sony Discussion - Now that Naughty Dog is finished with the The Last of Us, its time to return to Jak and Daxter!

So while you guys were playing the The Last of Us, I was re-playing the original Jak and Daxter. The last time I played this game was when I ran through the entire series right before the PS3 came out. 10 hours, and 1 platinum trophy later, the quality of the original Jak and Daxter is so superb that it's hard to believe that not only is it 19 years old(!) that it released in the very beginning of the PS2's life! Jak and Daxter has the finesse of a game that is the culmination of all the experience a developer has gained in a generation and they are putting into to their end gen swan song.

One element that has stood out above all else is the incredibly dope art direction. Game still looks good on a tech level, but artistically its captivating and that is when my mind started to wonder, "What would ND do with a new Jak game? Jak and Daxter has other unbelievable achievements for an early gen release: Fully seamless world, no load times and a rock solid framerate to boot. If they could pull all that off with a early launch title on PS2, What could they do with PS5 Jak?

we have some hints annnnnnnd its a little head scratching: 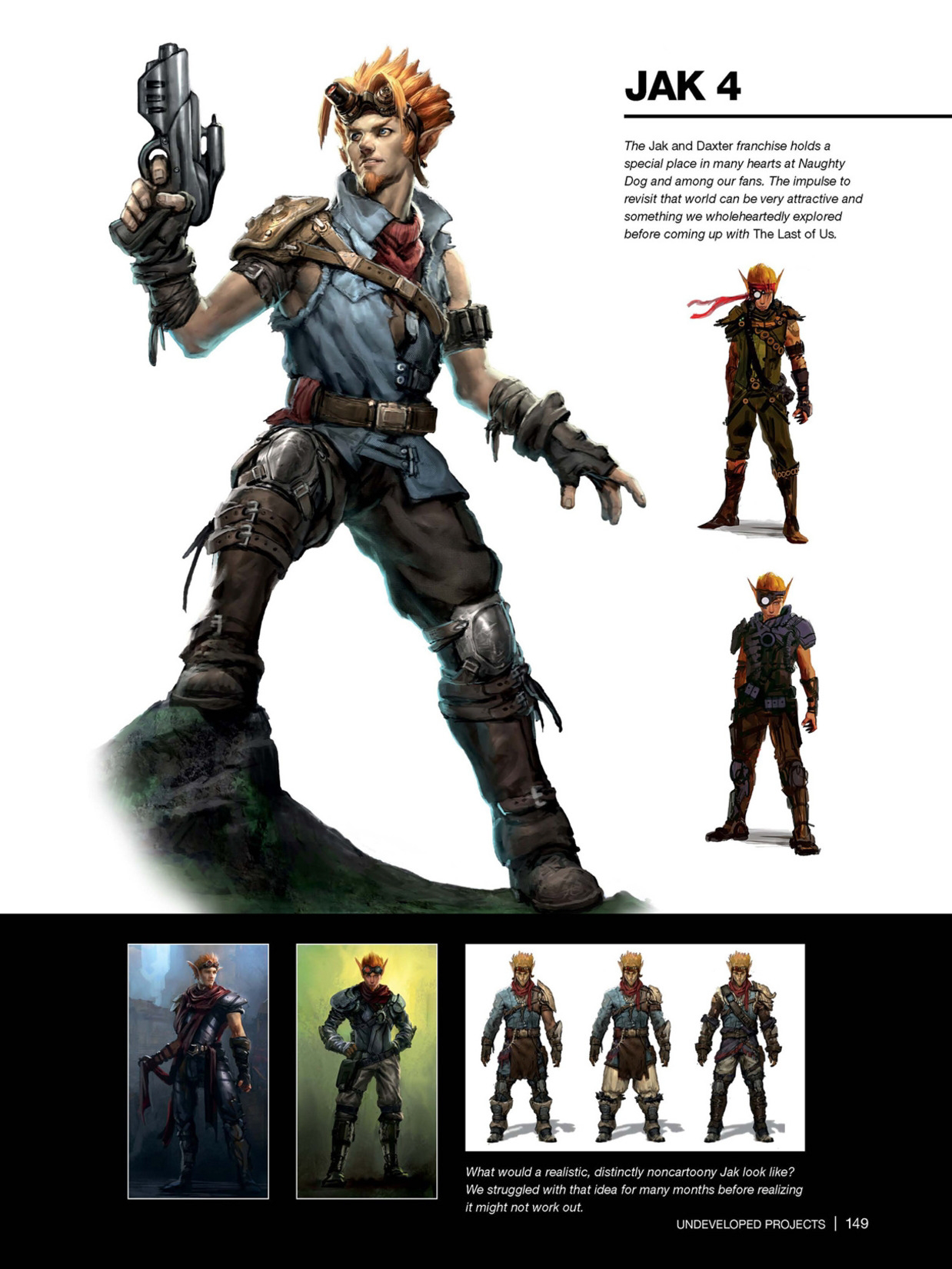 They want to go the realistic route which is not inherently wrong, but I don't think any of these ... look good. If I had to choose it would be this one: 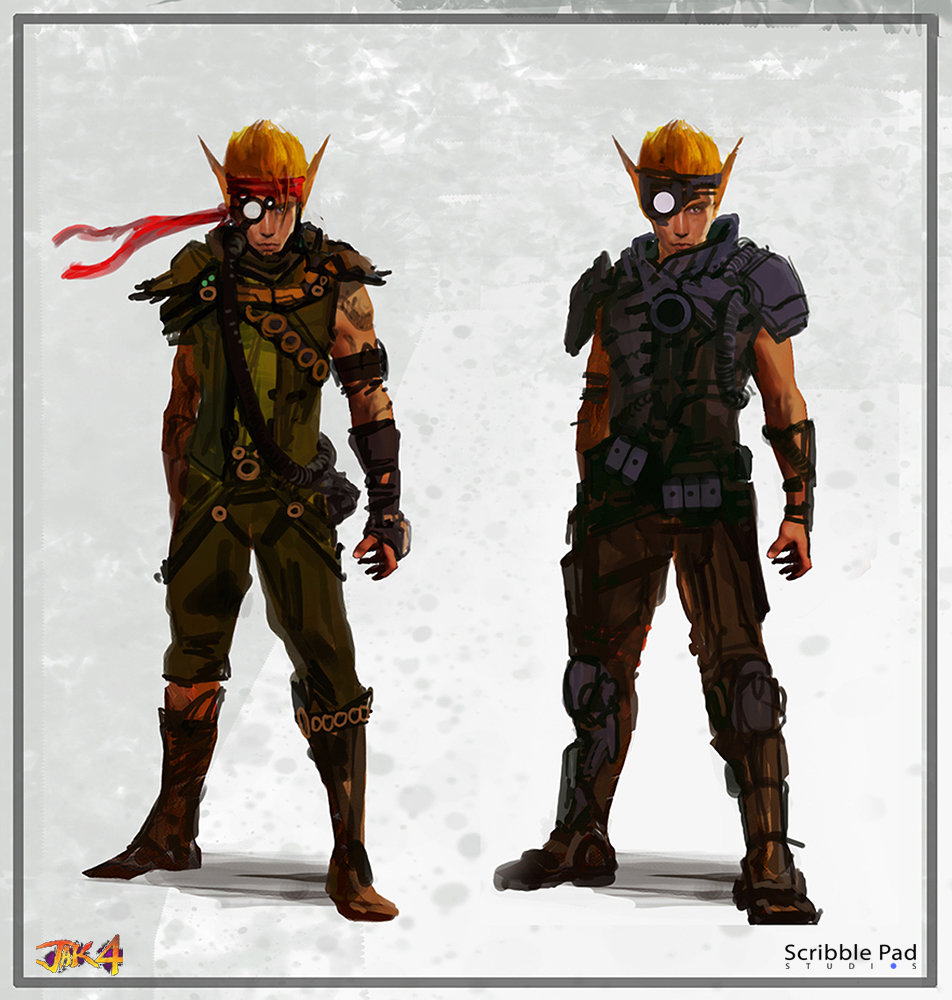 If they have to go realistic, I think something they should combine it with some cartoonish flair like the Borderlands or Bioshock. Not Photo realistic.

What features do you guys wanna see in a world where Jak 4 is announced?

Do you even want a return to Jak?

I think that dynamic weather that effects how and when certain things are available would be cool. This power cell is only reachable after heavy rains raise the water level an example.

I think I'd prefer to see something new first. We haven't had a new ip from them since the first last of us. Thats an entire console generation. Maybe after that I'd like to see a return to jak.

Jak and Daxter 4 was shelved twice in favor of new IP's.

If Jak and Daxter comes back i wouldn't want Naughty dog to develop the game. Simply because they are a much different company now than they were then. Many People have moved on from the company including Jak and Daxter creators. I doubt modern Naughty Dog is interested in making a game like Jak and Daxter.

I would rather have Sanzaru games (the people who made Sly 4) or insomniac take a shot at it instead.

If there is ever a new one i hope it's more in the direction of The Precursor legacy or jak 3 rather than Jak 2.

It's weird because we got a Sly 4 before a Jak 4 and Sly was the lesser selling IP out of the big platformers for the PS2.

I think Naughty Dog definitely have the capability of making a great Jak game again without having to sacrifice other IPs...

Rumor is their next-game is the new sci-fi IP that leaked awhile back. That has seemingly been in development for like 2 years already now. Meanwhile Druckman recently said that he was trying to decide between a new IP and TLOU 3 for his next game.

I don't know about:

1. Jak series has regular cameos in ND's other games.

2. Lost Frontier was originally being developed by ND but the team could handle both Lost Frontier and Uncharted. They even went on record of saying they would rather have done it themselves.

3. They have said on a few occasions that a new Jak is never off the table.

That is part of my question - What would this ND do with Jak?

No one cared about The Lost Frontier. The series is dead. Sly 4 also flew under the radar. Only Ratchet survived (and thrived) of the three PS2 platformers because survival of the fittest.

How did you platinum a game before the ps3 came out? Also, I would much rather them do something new. Naughty Dog is too good to waste on returning to jak. If Sony wants to do another jak game, I think they should give it to another studio.

Sure, but not from ND. They aren't the same studio they were during the PS2 days. Employees have changed, those still remaining have different interests etc.

Wanting ND to do another Jak is only going to result in disappointment because they aren't going to make the Jak you want.

The best you can hope for is someone like Sumo Digital making a new title, or Insomniac using the Ratchet engine to create a smaller spin off Jak adventure.

I think the next best thing for ND to do is to take the UC series and convert it into a new sci-fi IP.