After 51 Clubhouse Games was revealed, that was most of the Wii casual title boxes ticked and improved upon for Switch. Switch still needs a full on sports minigame collection and Mario Golf but other than those everything has made a reappearance except Wii Music. I wondered whether Nintendo would even bother releasing a (spiritual) successor to Wii Music but once I looked at the wiki page, it became obvious that Switch Music has been staring us in the face.

- Advertised as bringing the joy of creativity without the associated expense.

- Black sheep of the family compared to the other titles in the series.

- One of the least commercially successful entries in an otherwise successful series.

So, can you guess which game it is? 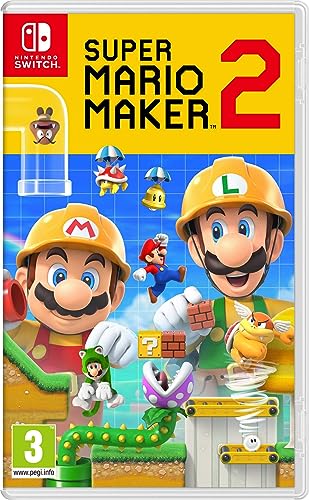 Super Mario Maker 2 has too much built-in content to fall into the category "more toy than game." Of course SMM2's sales still pale in comparison to the sales potential of the main series, but if Super Mario Maker were like Wii Music like you suggest, it wouldn't have received a sequel to begin with.

I can't think of any actual music game on Switch that can count as heir to Wii Music.

Mario Factory was planned for Super Famicom but didn't happen until Wii U with the new name Mario Maker.

I'm starting to think the other posters missed the hidden message in the OP.

Wouldn't be the first time.

My theory was that LABO was the 'casual' sequel to Wii Music whereas Mario Maker might be more of a core attempt at the creativity stuff.

Wii Music wasn't a traditional music game. It was about being creative, music was just one option.

Nah, Wii Music and Labo are very, very similar. Hardly any actual content in the game, both games being refered to as toys by Nintendo rather than games. The reason for the word 'toy' is that players are supposed to be creative with the arrangement of the pieces that are in the game. The spiritual predecessors to Wii Music are the Mario Artist series on the 64DD (Japan-only Nintendo 64 add-on) and Mario Paint on the SNES.

Nintendo never used the word 'toy' to describe either one of the SMM games. If I remember correctly, SMM has ~80 levels and SMM2 ~100. That's about the number that normal 2D Mario games have, so consumers aren't asked to make content themselves almost from the get-go like in Nintendo's toy-like "games".

Of course the blatantly obvious drawback of the SMM series is that they don't offer a coherent adventurous progress through a game world, hence why the majority of 2D Mario fans isn't interested in SMM.

SMM has more content than I gave it credit for.