Forums - Gaming Discussion - Most useless part members in any party based RPG?

WRPG, SRPG, JRPG, ARPG anything as long as it's party-based. What do you feel was the most useless party member.

This character shows up out of nowhere. It does not fit the tone of this game at all. Annoying as hell. Sucks in battle and the moment they try to make you care about it by having a big long scene about it dying to make a sacrifice....it just comes back 2 minutes later. Not once does this character add anything to this game or is useful in any way shape or form. I'd be fine if they left Cait out of the remake entirely. The Scrappy Doo of Final Fantasy VII.

I like the Noppon in the Xenoblade universe. In Xenoblade 1,2 they have a lot of character. In X Tatsu serves one purpose. To run the same lame joke into the ground for 100 hours. He's not food and likes to eat food. That's it. Fuck Tatsu.

Gopher with a helmet. Dies after 1 hit and only deals 1HP damage.

He's fine in the early game as a healer. Once you get Geno or anyone else he becomes useless. He's weak in battle and only good for healing which even Bowser is better at. He should have died but since it's a Mario RPG we can't have that I guess.

This era of JRPGs was getting better with VA but for whatever reason, kids always sounded horrible. Annoying and pretty useless in battle. Horribly designed.  They try so hard to make you care about them. No one does.

Chu-Chu in Xenogears. Superficial to most of the story and weak in battle.

Rapha (Rafa) and Malach (Malak) in FF Tactics. In one of the missions where you have to keep her alive, during the battle with Elmdore and his demon lackeys on the castle roof, I actually had Rafa get killed by the enemy before my first character could even make a move because she actually moved towards these super tough enemies. I had to start another character closer to her to encourage her to move away from the enemies instead of toward them. In battle both of them are useless.

Relm and Setzer (FF6). Setzer had the same issues in battle as Cait Sith with his slots, and he didn't have much role in the story once you got the airship. For Relm, Sketch and Control tended to be useful only in getting blue magic abilities for Strago and were otherwise useless. I also had one of the first printings of FF6 on SNES where Sketch crashed the game (though it would sometimes give you 99 of some powerful items you otherwise couldn't get until much later.)

Most Fallout NPC's that can join you.

I've found it really annoying in most of the Fallout series (3D ones), when you take an NPC with you, because you can hardly sneak around, as enemy NPC's pick up on your partner NPC so easily. IT also doesn't help that your ally NPC's hardly do much damage, or in cases like Skyrim they can even be killed easily as well. THe only use I have for them, is to act like pack mules, but even then, in Fallout 4, I could just choose the lone wolf perk and gain more carry weight+extra dmg, just for being on my own, which makes that perk way more enticing, than it would be to use ally NPC's.

I feel like most games with partner AI act really dumb, or you have to save them more often than yourself. I really hope to god that next gen AI isn't this braindead or useless.

Then there was Fawkes, who was a complete game breaker.

You beat me to it by minutes! Was gonna' say Fallout or Skyrim, where followers are just god awful and used for nothing but more inventory space. Then again I too used the lone wanderer perk in Fallout 4, and in Skyrim I always SUPER stack myself with stamina that it's just never a problem whatsoever.

Finally a good topic. I've got a number of these

Jean (Breath of Fire 2) - So not only is this a gross stereotype of a frenchman, and much less comedic than perhaps he is intended, he also has abysmal speed, low attack, no good magic skills to speak of and only becomes useful after being fused with the holy shaman - which in turns means neither Nina or Bow can get their fusions, which are a still a better choice.

Marle (Chrono Trigger) - So, maybe "useless" its a bit harsh since there are no useless characters in this game, but I'd say she is... the least useful. She never makes my party past mid game tbh because she is focused on healing and support, yet never learns her own group healing tech that doesnt involve another character. Frog and Robo become more useful as healers and mid/late game and Chrono learns Life. Magus and Frog learn the same lever water techs as she does and she has somewhat of a low attack, hp and speed. So yeah... Sorry Marle.

Mallow (Super Mario RPG) - Similar to Marle, not necesarrily useless, but the instant you get Geno and Peach, Mallow immediately becomes disposable.

Amarant (FFIX) - Boring and useless. I have no idea why is this a character in the game. Beatrix should've taken his slot in the party.

Suikoden series - Lots of them, but I wanna make special mention to beast characters from Suikoden II and V that take up 2 character slots in the party yet never make up for it with their bad stats/abilities.

All the single-type Pokemons that are not "legendaries", "Mythical" or are named  Alakazam - No matter their stats, they never make competitive gaming for a good reason: They are just not as good as you think they are.

I think I'll add more later one, I've got very strong opinions on this subject. 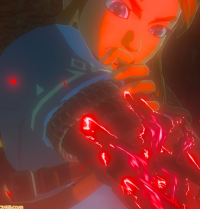 I honestly think that Bethesda are really, really bad at coding AI in general. There have been so many times in Fallout games, or ES ones, where I've been able to cheese the AI, good and ally based, without many consequences.