This is objectively true though.
The only tactic in this portion of the original is whether to use bolt, attack or heal.

All of this remains + Speeding up pace of ATB gauge with standard attacks, dogding, blocking, using defensive cover

Attack with Barret is holding sqaure, or charging his more powerful attack with triangle, or using x to select one of his skills including thunder, cure, protection, or his other power shot.

Just say you don't like the gameplay style instead of making false statements and pretending like you can't go through this portion of the original through tapping X 99% of the time.

It has a very slick production value I cannot deny that. It looks fantastic. Cutscene to gameplay is seamless. (I remember Lost Odyssey Promising this ) that said. Combat is just...okay. It can easily turn into a mash fest. Barretts VA is awful. Like truly awful. One holdover from the PS1 era RPGs huh? Once you get past the nostalgia and slick presentation. I still feel it's up in the air. Only a demo but the combat just didn't wow me much.

This is what I call a surprise, in my opinion there should be demos for all games, like the old times. 70dollars is a lot to pay for something without trying first.

Furthermore, if there is a demo, it means the company is confident in their product which wins bonus points with me.

I thought it was pretty fantastic. The gameplay seemed to take the interesting parts of FFXIII, FFXV, and Kingdom Hearts. It's not complicated, but I found it very satisfying.
I was genuinely surprised that it ran at a stable framerate on my OG PS4.
My one real criticism is that there were a couple spots where the audio mixing seemed to be just a tiny bit too fast. There are a few lines where it seemed like lines happened one after the other.
But overall, everything seemed great. I'm really excited for the game.

Lol at people saying combat was just mashing , its not even worth to debate combat or this game in this fórum. I loved it and thats all that mathers 😘, is such a polished game and runs great with no frame rate drops. Square did a great job.

Liked it less, quite a bit less, than I expected.

Mixed Bag:
Battle system. On one hand the battle system is fun and stylish. On the other what a horrendous camera with mediocre lock on. The Scorpion boss was especially tedious and lasted way too long. By the end I was simply bored.  Overall during battles Cloud was flying around the room and the camera was spazio, couldn't even tell what I was attacking half the time.

Bad:
Did not like Barrett at all. He wasn't my favorite in the original, but in this version he is just bad. Voice acting was bad, the script was bad (like Anakin Skywalker bad). I also didn't like the constant jabbering of all the characters, just too much. As with most modern games (especially rpgs) too many cut scenes and stoppage of play.  A modern trend I could do without. Felt like I had to stop and listen at least once in very room.  I'll finish by saying awful AI.  From Barrett getting stuck in the lasers to Barrett not using heal when it was blatantly obvious to do so.  With multiple characters in a party, I expect a good level of AI in battles.  Square did a great job with the gambit system in XII, VII could use a similar system.

It does look great, I will grant Square the ability to make a pretty game.  But I was quite surprised by the other meh aspect of the demo.  Probably a pass from me.  I'd rather play RE3, TLoU2 and Ori Willow.  If feels like Square should have spent less time on the graphics and more time on the battle system.

Complete opposite.A real time combat that actually works, dosen't play for itself, and the cast is far more enjoyable(obviously).

The graphics/art-style/cyberpunk aesthetic is night and day compared to FF XV.Utterly magnific.

The only thing to see now is story, if it holds up.But I guess it will.In another words, it's not even comparable.

Exactly. It was a great demo.  If I thought like some of the people on the forums I wouldn't enjoy any game I played and could easily take the smallest non issues and elevate it to ridiculous proportions.  Kinda like now in this thread.

Just got done with it, and I am really looking forward to playing the full game now. The action combat works great with attacking, blocking, and dodging. You also still have the strategic element as spells, items, and abilities are tied to the ATB meter. It also lets you use you ally's ATB meter abilities as well without having to constantly change characters, which is nice.  This way you can main with whoever you want effectively with only needing to change characters to strategically focus on specific foes they might be better suited for.

I like how Ally units only auto attack, but will not use their ATB meter which gives you full control. This keeps them from wasting items or abilities IMO. Some people seem to have missed the bigger picture with that design choice. If items and magic was used in auto play, it would have really taken from the experience.  Auto attacking regular attacks to fill the ATB gauge is all they need to do.  I do hope their AI for picking their targets gets a bit better though by release.

Now we just need to see how the story will play out. Will it be expanded upon in a meaningful way, or just added fluff to drag the game out?

This demo has made me feel much better about the combat overall at least. Next month cannot come soon enough!

The presentation is phenomenal. I could not stop taking in the scenery wherever I was, and it felt really pleasing to the eyes the whole way through.

The sound design is incredible as well. The music re-syncs according to the situation and kicks in at the exact moment it needs to.
Here's a great example:

That is how you relive an iconic moment.

~Edit~
According to Maximillian, the developers told him behind the scenes at E3 that they spent a lot of time on cinematic music. "We want the music to go from highs to lows, and to carry moments throughout the whole game. We want the whole game to feel like it's choreographed musically."

Max: "And I'm watching these moments as the music is queing up and crescendoing at the right times and I'm just thinking.... no one's gonna fucking believe me. No one's gonna believe me that this is..."
https://clips.twitch.tv/FurtiveFantasticStorkFailFish

I honestly can't believe how good the music was, just in this portion of the game. Can the rest of the game really keep up with this level all the way through? 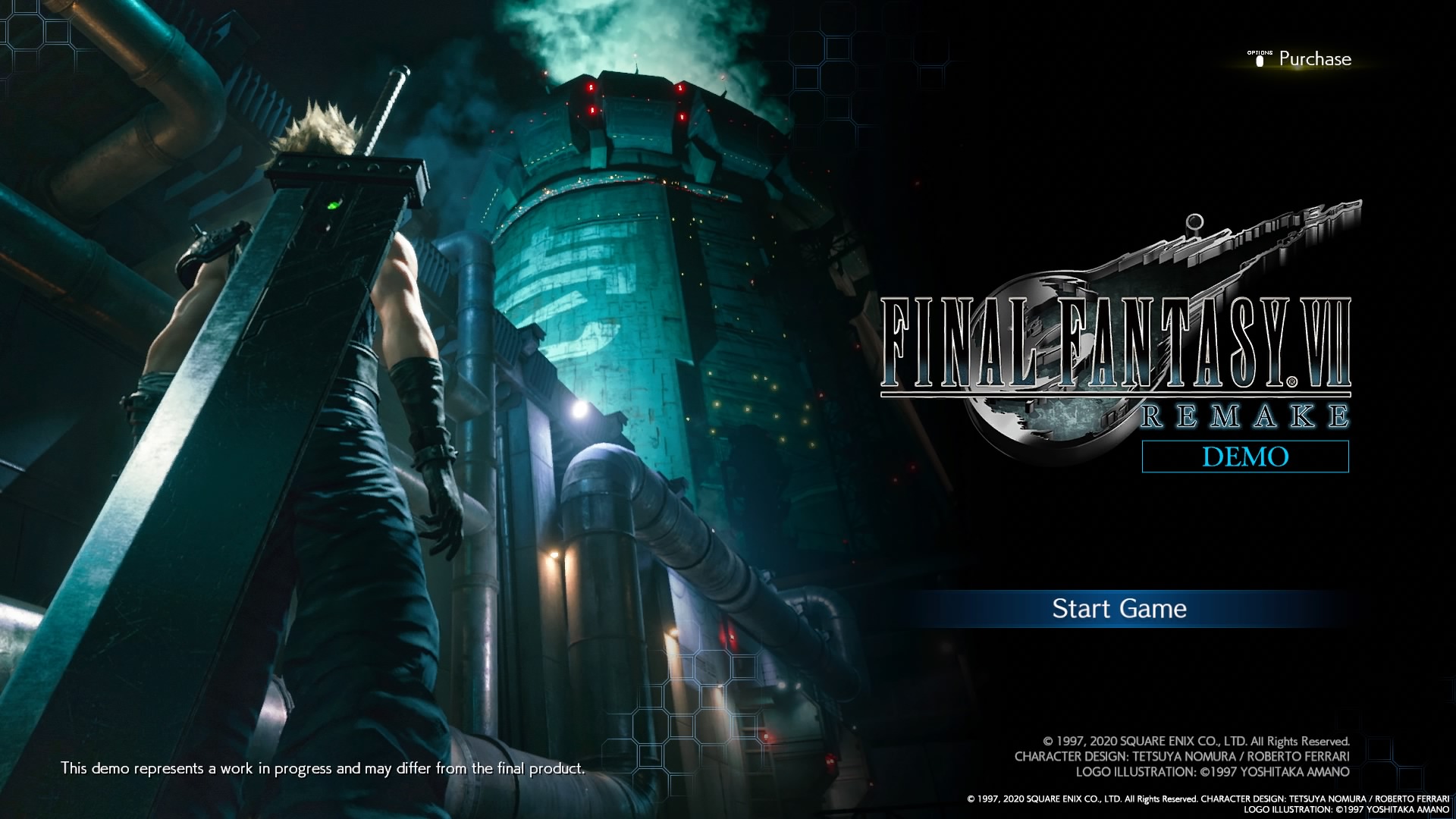 I really liked the character's banter. I was always interested in what they would say, and how they would say it.
I actually looked forward to every new cutscene, as if I was a kid again. And although I will play this with Japanese voice overs, I thought the English cast did a really good job. Barret was grumpy and and tropey, as he should be. Jesse was playful and bubbly. (I also noticed that her voice actor got her Japanese anime-esque grunts down pretty well, which often sounds off to me when done by a western actor) And she did her thing with the rock. 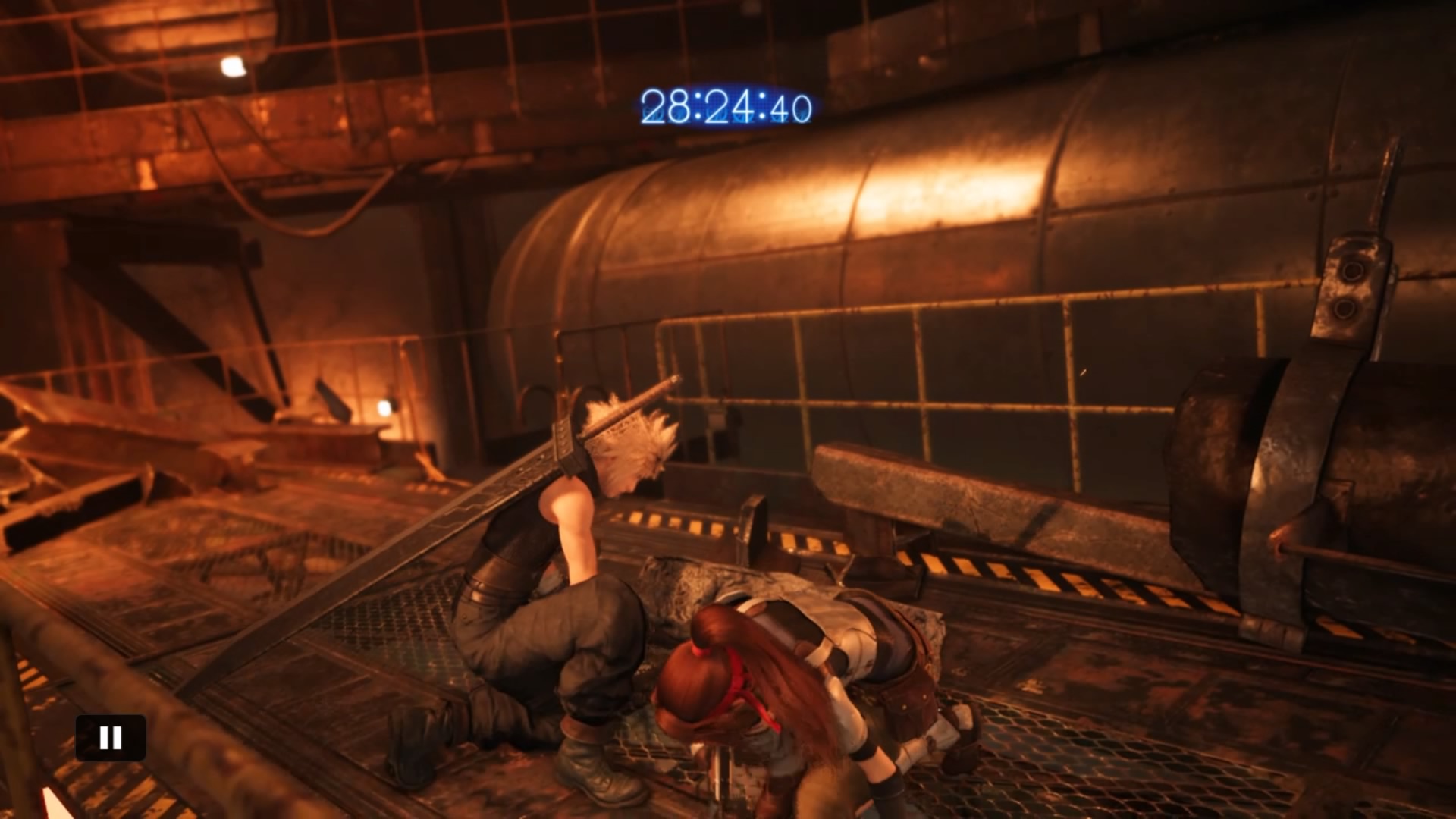 Now for the combat, I have mainly positive but also a few negative things to say. The concept seems good. Action based but with significantly more strategic elements than were available at this point in the original game. Different stances, managing the ATB gauge and the various ways to increase it, staggering, dodging, countering, switching characters for long/close range enemies, taking cover behind intractable objects during battle. And of course, we're finally allowed to use normal attacks while saving our Limit Break for the right moment. But this is just a Demo, and the full game will have more combat systems in place. Aside from summons, there's supposedly going to be ways to link up characters special attacks, which sounds similar to the Dual and Triple Techs from Chrono Trigger.

Attacks look and feel good, while the framerate seems stable on a base PS4. But at least in the demo, combat could feel chaotic at times with lots of things going on. But once I'm more familiar with combat, I may feel more comfortable. For the boss battle it was hard to see which attacks it would use at certain times due to the camera angle when locked on. But I just now realized that you can adjust the camera settings, so I'll try having it more zoomed out next time. 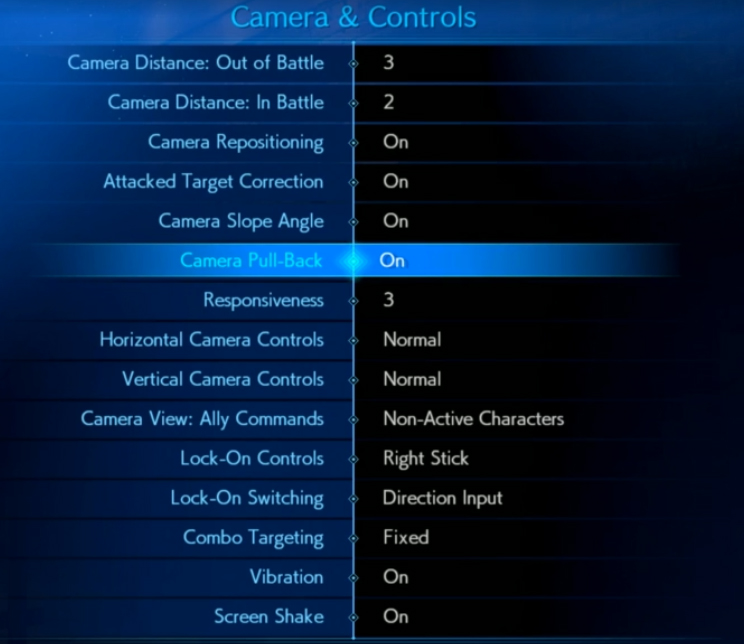 The A.I. for the second character behaved questionably in some situations. Like when I was using Cloud and there were both long and close ranged enemies. I focused on fighting the close ranged enemies, assuming Barret would naturally target the snipers up on the ledge that I can't reach., But nope, he didn't. And they kept sniping me while the grounded enemies were attacking me at the same time. But maybe that's also improved in the final game, or we'll be able to give our partners strategic settings.

I see some people being surprised that the partner didn't auto-heal them, but I didn't expect them to, because Potions are consumable item. I didn't find it to be a problem at all either, because doing it myself while using the partners ATB gauge without switching characters was quick and simple. Press X (or R2) to bring up the menu which (almost) pauses the gameplay. Scroll over to Barret, and chose Potion.
It's possible there may be some kind of strategies you can set your partners to follow in the full game though, so that Aerith will automatically use magic/abilities to heal you under the conditions you specify, etc. But I wouldn't expect it.
One thing I don't understand is why we weren't able to use potions from the main menu though. That was odd.

I enjoyed the combat. Not in love with it yet, but it was fun so far.
Overall, it was a fun Demo, and I'm very much looking forward to the full game now.