Before getting started, here is a list of titles that are spending their last month on here. And titles that do not qualify

It feels like the end of an era has occurred with Final Fantasy VII Part I releasing this month! To no ones surprise, it has taken the top spot quite easily for the month of April! Resident Evil 3 manages to top out at number 5. Nintendo are starting to lag a little as far as voting goes. With The Legend of Zelda: Breath of the Wild 2 holding strong to the only non-Playstation spot in the top 5. The question is, will The last of Us Part II or Ghost of Tsushima leap Zelda, or will it start dominating for the coming months. The highest debut is The Wonderful 101 for the Nintendo Switch.

As far as the combination chart, I am only showing the top 10 because there wasn't much that happened outside of the top 10. Basically, Cyberpunk 2077 jumps into the top 5 and Hollow Knight Silksong and Persona 5 scramble both jump into the top 10.


As always, thank you all for your votes and so I can do this feature for you every month! Keep up the good work guys! :)

Would it seem more real if I changed it to "Final Fantasy VII Remake Part 1" :P 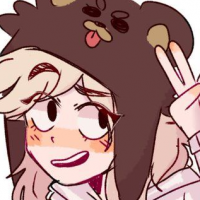