Forums - Nintendo Discussion - Switch owners, did you have a Wii U/3DS?

Both, but I may as well have had only a 3DS.

I didn't really play anything on Wii U except Wii Fit, Earthbound, Fire Emblem (GBA), and Xenoblade Chronicles X. And I do hope every single one of those games comes to Switch - although Ring Fit kind of replaces Wii Fit for me.

Both for me as well. I bought my 3DS shortly after they lowered the price, and later bought 3DS XL and then finally a New 3DS (non-XL). PS4 was the first console I owned in the gen, and I didn't get a Wii U until late in its lifecycle. The Wii U had some great games, but it never appealed to me much as a piece of tech. I thought the controller was big and clunky and would have rather had that cost invested into a better console. That controller is what kept the Wii U from getting price cuts. 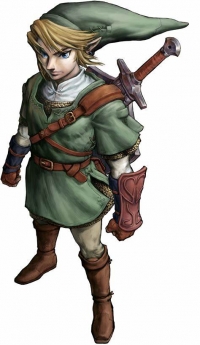 I presently own both a Wii U and a 3DS but I got both of them AFTER I got my Switch. Prior to the Wii U and original 3DS, I had owned every Nintendo console and handheld except for the VirtualBoy. I loved and still do love my Wii and DS. When the Wii U and 3DS came out, I just didn't understand them. To me, the Wii U was just a clumsy, expensive Wii with upgraded specs. And the 3D technology in the 3DS was totally lacking. So I continued to just play on my old systems. Prior to the Switch launch, it was clear that Nintendo was on the right track again. The Switch launch did not disappoint and I got one during the first year, while it still lacked top-quality games. Since getting my Switch, and absolutely loving it, I got the New 3DS and Wii U for the following reasons.

One big reason that I got both the Wii U and New 3DS is because my old Wii and DS are physically aging and may not last much longer. My Wii has been sent to Nintendo twice for repairs and now Nintendo has discontinued repairs for the Wii. The hinge on my DS is so loose that I'm afraid it might split into two at any point. The Wii U plays Wii games and the 3DS plays DS games so I get to play all my favorite old games on newer, more reliable systems. *

Another reason I got both systems is the crazy good library of games. I got both systems at the end of their life so that opened up the option of playing lots of fun games I had never experienced like the Mario Kart 7 and the 3D Mario games. Furthermore, these old games are really cheap now on eBay and other places.

Over the past several years, TVs have advanced a lot and 4K is now the norm. While this has happened, old non-HDMI connections have gone mostly extinct. With my new razzle dazzle TV, my Wii still connects but the picture is often (randomly) distorted and always darker than it should be. The Wii U allows me to play my Wii games through an HDMI connection which, as a bonus, allows me to benefit from upscaling. It's pretty nice!

Finally, another reason I got the New 3DS is because they finally got the 3D technology right. Playing Street Fighter, Metroid, and Zelda in 3D with the new eye-tracking 3DS is surprisingly fun, and you can't get that on any other system. Incidentally, the 3DS Zelda (A Link Between Worlds) is now my favorite Zelda game and I've played ten of them.

* The ages of my Wii and DS have become my biggest motivator for getting their successors. I recently lost my son who grew up playing the Wii and DS with me and his sister. I can't bring my son back but I can relive good memories of him by playing old games on new, healthier systems.

^^ Might I recommend the old Mega Drive games for 3DS?
The parallax scrolling is absolutely stunning in 3D.

I already played the few 3DS games that really interested me, as well as everything on Wii U I consider worthwhile.

Had I skipped both systems I really wouldn't have missed out on much by going straight to Switch.

I’ve had 3DS only. By the time I’ve decided to buy WiiU (it was early 2015), Nintendo already announced that they are working on NX, so I’ve ended up not buying WiiU after that.

I had a 2DS and bought a used WiiU
But I got a Switch day 1 and have probably used it more than both other things combined.

I already commented but since everybody is sharing when they bought it I'm now doing it...
I first bought my 3DS after 6 years of non gaming in August 2013 with Animal Crossing and just last year I bought a NN3DS. I bought my Wii U in June 2014 after I won a Mario Kart 7 tournament in my small city and the prize was a copy of Mario Kart 8 so I had to buy the Wii U (I was already planning to buy it), maybe that's one of the reasons I liked more those consoles than the Switch, I have better memories of them when I got them than the Switch.

you should swap, 3ds has considerably worse library, lets take an example, Mario 3d vs Mario 3d world, xenoblades vs xenoblades X, huge difference in graphics. Pikmin is the most dramatic difference, its really bad on the 3ds, a joke compared to the pikmin 3. Then lets compare Zeldas, ocarina of time is nowhere near wind waker, twilight princess and breath of the wild, not to mention I can also play ocarina of time on the wiiU. Then theres more marios, galaxy 1 and 2 etc.

Most games on 3ds from top 10 lists are a huge disappointment, pokemons is a terrible rpg where you just go around doing combat all the time and collecting pokemons, theres no story or exploration or puzzles or anything else. Fire emblem sounds great but its so boring, repetitive, nowhere near how fun advance wars was. Metroid samus is only a 2d game, and gets repetitive, I didn't bother finishing it, I much prefer Metroid prime trilogy on wiiU. Bravely default I got 10 hours in, got bored, repetitive 2d stuff, way worse than final fantasy in the 90's Nowhere something like Xenoblades X

Other games like Mario golf, Mario tennis and so on, are made far too easy, just look at the difficulty of pikmin 3 compared to pikmin on 3ds, totally different stuff. Animal crossing was too childish for me, I really tried, I liked the idea of a sims like game, but sims is more adult oriented so Id play sims instead or any of the several great strategy games on ps4.

Smash bros is also nowhere near other fighting games, for example why would Mario and link be in the same universe? Makes no sense to me.

Kirby is good but way way too easy for me.

Xenoblades on the 3ds, despite you needing the newer model of 3ds, it looked terrible compared to the same game on wiiU. And Xenoblade chronicles on wiiU didn't look close to xeboblades X either.

New super Mario bros was also way too easy on 3ds, took the fun out of it.

I really don't understand why Nintendo fans bought a 3ds instead of the wiiU. Its a gaming anomaly. Most 3ds games don't even make me use my brain to play. Just far too easy.