This is the Korean version of the cover and I assume it leaked from the printing company.

If you zoom in on the back by where the memory requirement is located you can see 100GB, that's on par with what Red Dead Redemption 2 requires and that's without a day one patch. This leads into the fact that people thought this game was going to be completely on rails, and episodic, that was shot down when we got the side quests revealed recently and the file size suggests that there will be a lot of things to do, see, and explore. It's worth repeating that this will be a full game taking place inside the city of Midgar and that we're getting a full games worth of content. There's also side quest from the people that lives in Midgar and they have their own stories to tell.

When I see Midgar in the original game I see a lot of potential to tell an amazing story inside the city alone that's why I always say we haven't really seen FF7, and I don't care what you say, no you haven't really seen it either. The prospect of a Midgar only game excited me because I can compare this city to the likes of a Yakuza or a GTA game that features hours of side content, and the size of the maps in Yakuza games is small in comparison to most open-world games but there's almost something to do on every street corner in Yakuza. This is the potential Midgar has in just this game alone with a file size of 100GB, and of course it could end up being bigger with patches. 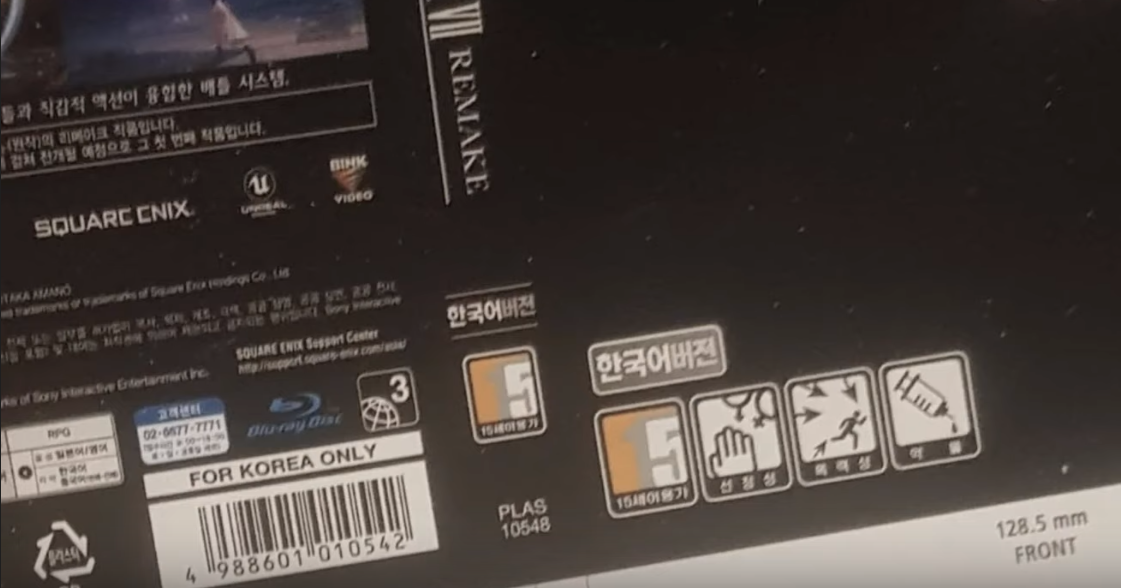 I'm not really sure what the ratings mean on the Korean box says here, but I'm thinking 15 and over, sexual content, not sure what the arrows is, and the needle looks like drugs or blood? Anybody know Korean?

It looks extremely detailed, and it's probably going to be a massive game, taking in all the sights.
This is about the same size as FFXV after all the updates and add-on content.

Faithful to the original.

An MMO I could imagine, but only one part of an SP game?.

Love the games with a lot of details!!