...With Nintendo's Joycons.  No, I have not yet experienced drift but that might be because I so rarely use them now. I get that it needed to be portable and easier to store in a backpack. The joycons were made with pure portability in mind. Still doesn't stop them from being terrible to hold IMO. I put them in my controller drawer and don't plan to use them anytime soon. For months my Switch became docked only. Since September it's been 50/50 thanks to Hori. I won't lie, my original reason for getting the Hori Split Pad Pro was because of the tie in with Daemon X Machina. The Armored Core successor I needed. Not since the Nintendo 64, Hori controller has Hori so vastly improved on a Nintendo product and much like that N64 controller, this might become just as collectible. Why talk about it now?

I've now had a few months of use of this thing. So it's been through some games and a couple of hundred hours of use. It feels as good as the day I got it. It does have it's drawbacks which I will get to. Before that tho.  Ergonomically this feels similar to a pro controller attached to each side. Buttons feel good. Sticks feel good. Little deadzone. D-pad is fine. Better than a Joycon at least. It seems to have very little drain on the Switch battery. It's there but it's not significant. These are not wireless so that is a downside but I guess it was to keep costs down. Though it is still $50. No NFC.  Even if it were wireless it doesn't work on the Flip Grip. 2 players cannot use them. It has tabs at the top that prevent it from sliding down on that thing. So that is the one case I'm forced to use Nintendo's Joycons is playing Shmups on the Flip Grip. These can't be used on Labo or Ring Fit and similar situations. Other than that any game will work with them in handheld mode.

The feature I really like is it has paddles on the back you can assign. Power-A Switch controllers have this feature. PS4 Back Button Attachment. Xbox One Elite controllers. This really came in handy for Daemon X Machina. They also have turbo function. Remember those in old school controllers? I think any Switch (except lite) owners could benefit from owning one. There are other products similar to this but it seems Hori has made the best ones so far. 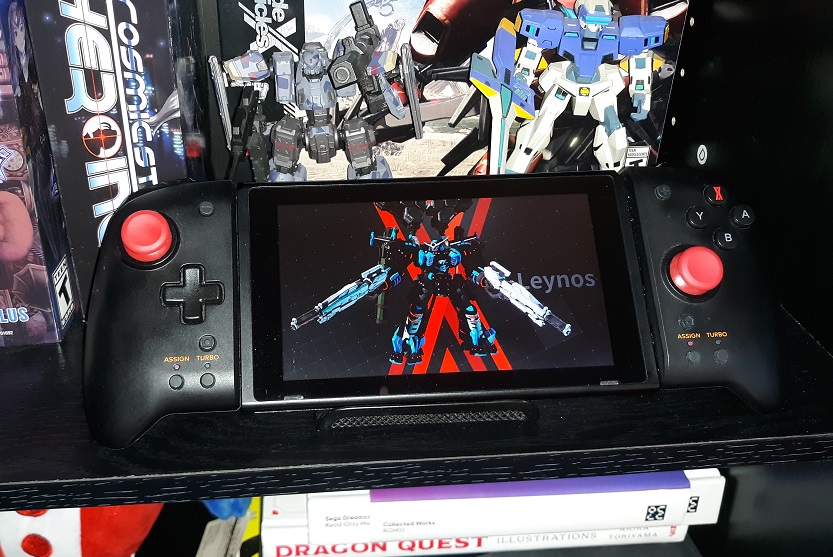 If the Joy-Cons are that bad to hold for you, you could also have considered buying a case to add weight and width to the console.

I agree, the joycons leave a lot to be desired. Maybe I'll check these out.

I got these these for my nephew from the three wise men, and they are pretty bulky, was surprised by their size. The picture you show doesn't do it justice, in real life and maybe a contrasting background... then you can admire their true dimensions.

It is a shame they aren't wireless, would have made a perfect extra pro controller with the grip. Still I noticed it only had a baseline support at the back of the Switch, was worried if it he would twist it or flex the controllers while dying on Fortnite. Also the sticks are regular sized, and if you are someone who is used to the joycons drifting and size, you might need getting used to.

Here's the packaging in all its glory. 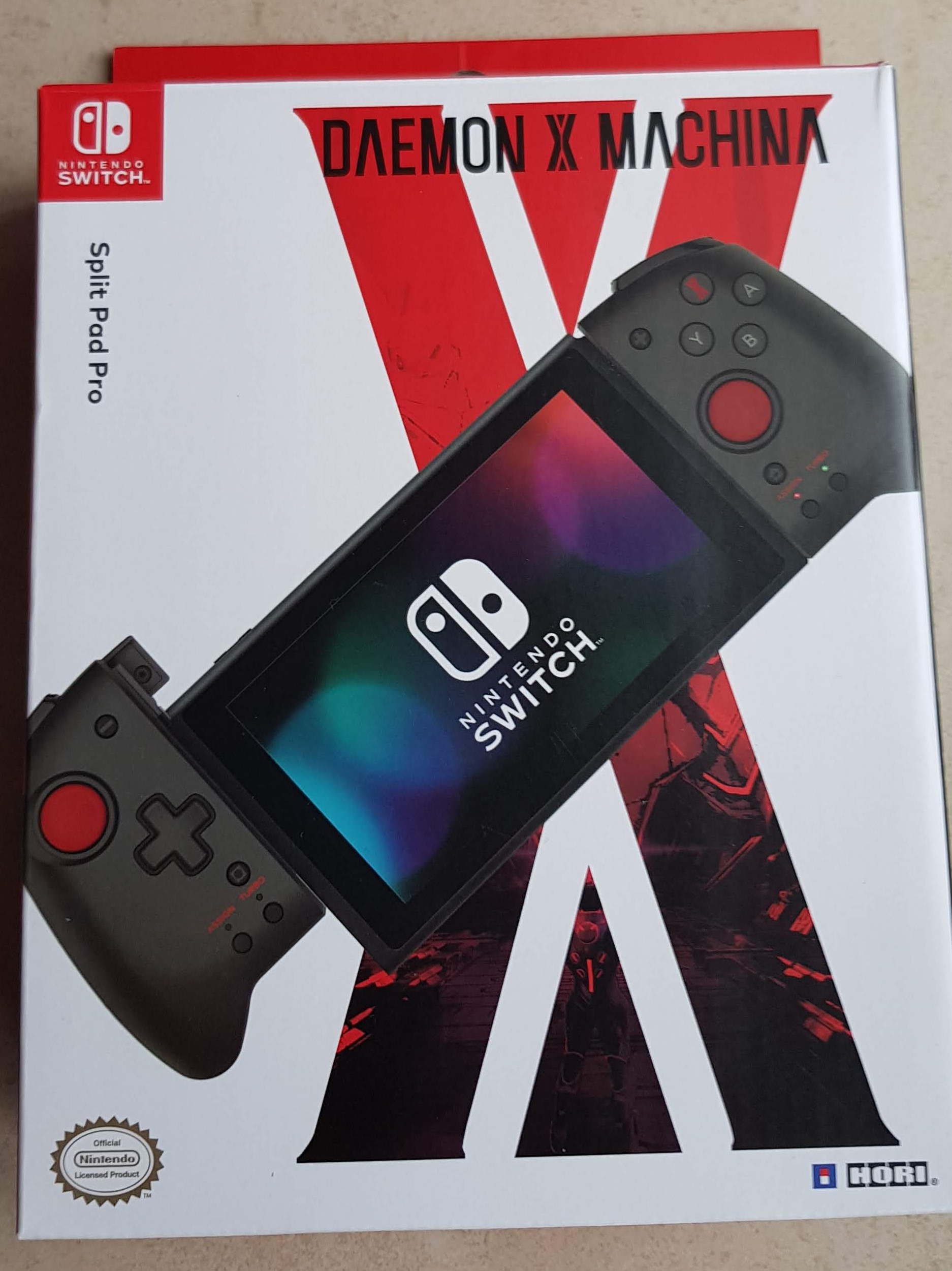 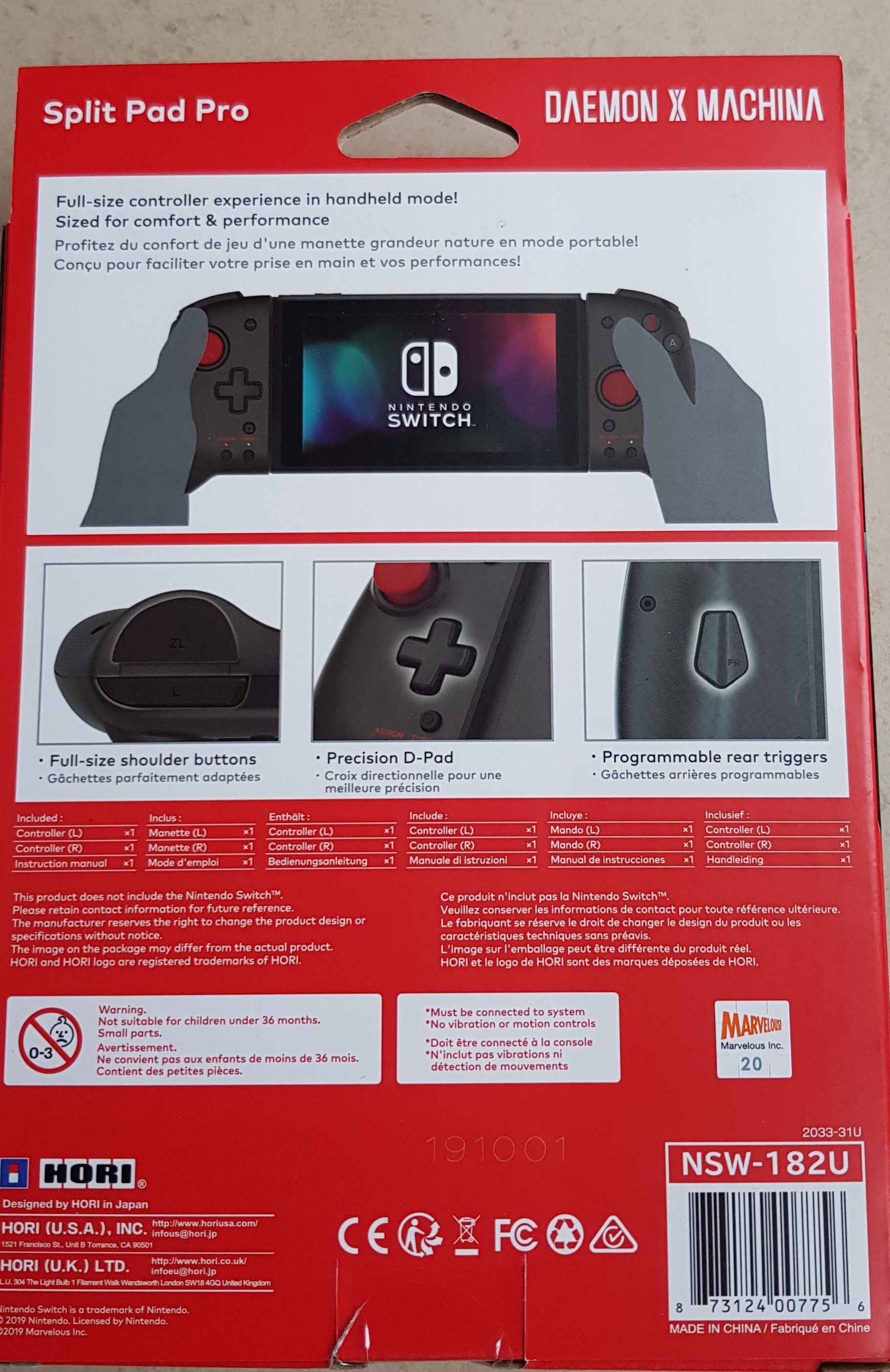 I bought this DXM's controller after hearing its reputation. But this was too heavy and didn't fit me.
I often play 2D games, so I always use Joy-Con which has D-PAD, which is the same HORI product, and has less functions and is cheaper.

However, it is for handheld mode only and cannot be used wirelessly.

Damn, love Hori, may get these.

Meh, I personally don't have any problems with the Joycons by themselves but it may be because my hands are more slander than the average I've seen. I actually like the way the triggers feels too. Only real "problem" would be the d-pad but you don't need to gain a fairy touch ability to go with the buttons layout instead

This is not really going to be a problem for me should I get a Switch cause apart from using it as a handheld (out of curiosity) at the beginning only, this baby would be docked 100% of the time after that. Cause I'm all about home systems that I plug on my TV, the portability is not for me, when I go out it's cause I got shit to do and so I would have neither time nor the mind to focus on video games. I do that when I am home which is most of the time.

You must have played Xenoblade 2 in handheld mode.