For one thing, there were articles warning that Capcom was on shaky financial ground. They had a long string of bombs in the early 10s, including a number of fighting game titles. DmC flopped, MvC3 underperformed, SF x Tekken underperformed to the point where Namco didn't even bother with Tekken x SF, and even Resident Evil 6 fell considerably short of its targets, which means they didn't make a lot of money off of it.  And when investors hear that games are consistently not making targets, they pull their money out.

Getting a loan would depend on how big of a credit risk lenders saw the company to be. And given how badly Capcom fighting games were doing, SFV was not a sure bet at that point. Street Fighter games are not guaranteed hits like Pokemon, especially with the way Capcom tends to saturate the market with all of its franchises, which is what got them in trouble to begin with. There is a reason why there was such a huge gap between SFIII Third Strike and SFIV, which was that SFIII was not a financially successful game. SFV still launched in a shitty state, even with Sony's resources helping them.

Today, sure, Capcom could easily afford a SF6 on its own. They've done an impressive job of turning the ship around the past few years, and I hope that they will take to heart what they learned from their failures in the early 10s.

You just proved his point separating nintendo games in diferentes types of cartoonish  and saying Sony games are realistic or semi realistic lol and then you leave games like ratchet and clank, dreams, Gravity rush etc.

You are being biased

What? I just proved how Nintendo games do NOT look all cartoonish. Some look claymated, some like wool/yarn, some like toy story CGI, and others cartoon. The ps4 games, by and large, are just realistic graphic with realistic tones. Zero Dawn being an exception.

And I've course there are other minor games, I was just focusing on some of the bigger ones for either system. There are plenty of other art styles on Nintendo I didn't show to prove my point (Astral Chains, for example, looks drastically different than these, as does Xenoblade Chronicles 2).

Yeah, pretty much all my PS4 physical games are stylized/colorful. Go ahead click the image to enlarge and take a gander. 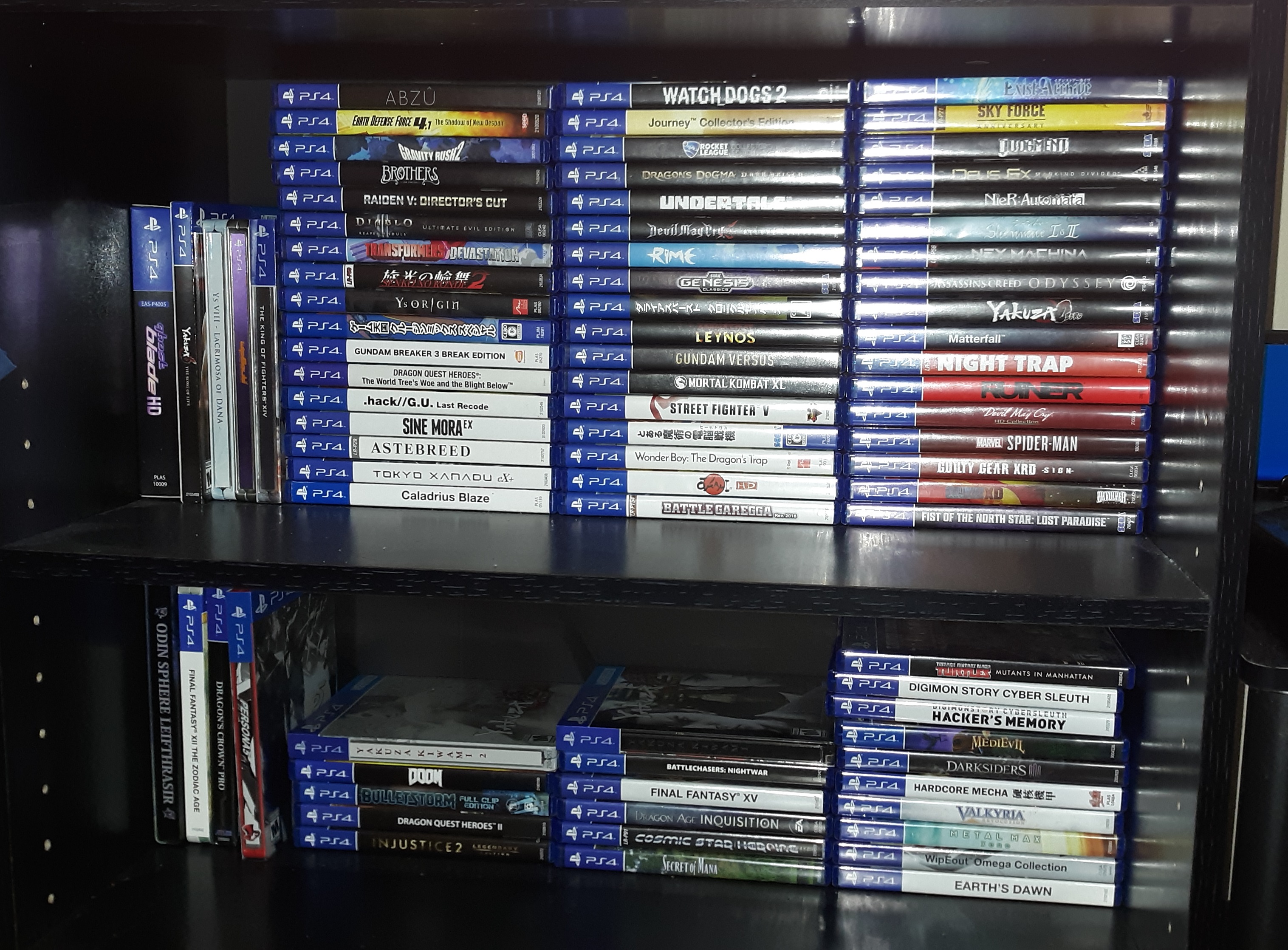 I have to agree with you on the art style here. Its one reason why I favour Xbox over PS in this regard, PS does realistic games really well and they all tend to carry the same focus on realistic art style with an over the shoulder 3rd person combat system. There are small exceptions here however many said PS has more variety of games yet when you look at there main sellers, its clear a one type genre focus.

Where as Xbox still try to be diverse, they offer difference experiences like RTS, FPS, SIMs, MMO, Metroidvania and others etc. There games might not review as good this gen however there are quite a difference in playstyle and artstyle.

Sony's next big hitters, what a surprise, two over the shoulder realistic type games in Ghosts and TLOU2. This is not a dig in any means to these games quality however its more of the same which works for them. Look at Xboxes next big releases with Ori 2, Battletoads and Halo. Very different games with very different art style approaches.

Maybe its just me but I can tend to agree Sony's main focus is very different to Nintendos and Xboxes.

... Weird.Since it is Platinum related, decided to put it here.

That something with Platinum is/has happened on the exact day lends some credence to the rumour. It's a fairly big coincidence otherwise. Though I'm not convinced that the news will be solely W101 related. I'd expect something bigger from a tease like this.

Well, supposedly the Wonderful 101 port is the beginning of the self publishing strategy for Platinum.So it would make sense for Platinum to announce its plans about that, alongside the first game that they would publish themselves.

At least, thats the theory circuling around.

Platinum has been wanting to get into the self-publishing business, so the Wonderful 101 might be the first game and we could be hearing about 3 more self-published games along side it.