Pretty impressive numbers! And to think - they still have The Last of Us Part II, Ghost of Tsushima and FFVII Remake to go!

PSVR going strong too with over 5 million units sold.

Dreams might be being overlooked as well. If that game delivers- it could bring unlimited game creations to the PS4 and PS5.

Do we have a date for that? December 31 or after? 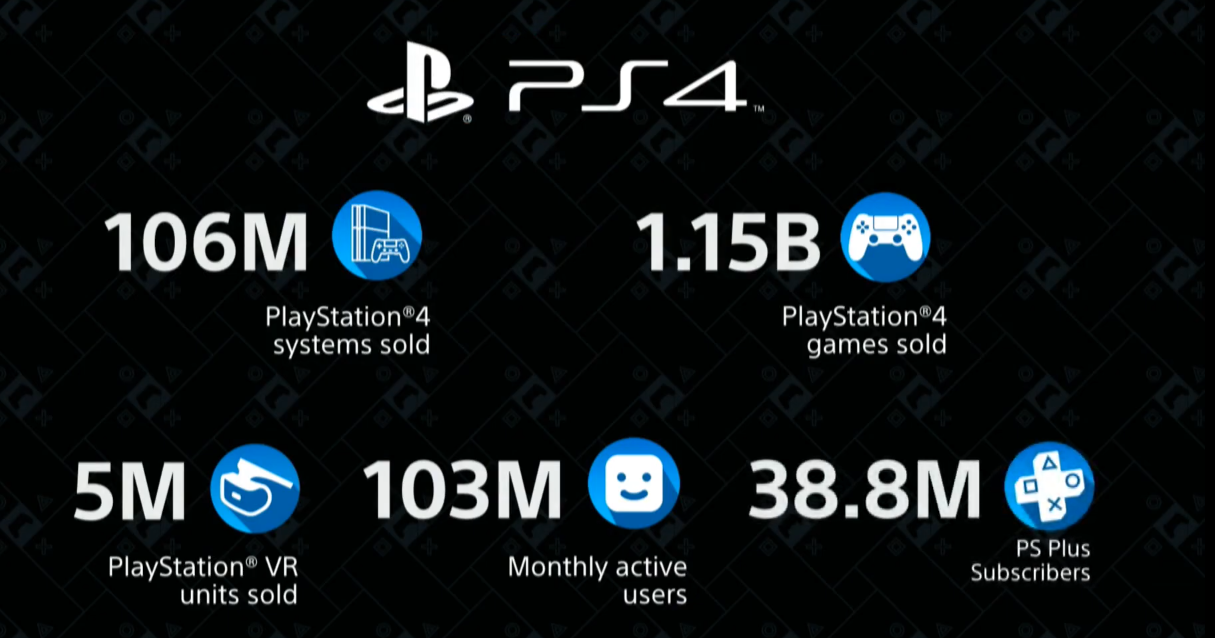 1'15B games sold in total makes that PS4 have sold 274M games in 2019 (876M games sold were announced last year) which i found absolutely amazing and unprecedented. PS4 will sell another 250-300M in 2020, and it will put the total ahead of 1'4B games sold with a ratio of around 12 games or more per console, which it will be the best ratio ever for a console.

Figures are through December 31.

I am the one that updates the hardware figures and have been trying my best to make sure they are as accurate as possible. Even I am amazed we got the figures spot on.