Nothing beats the flood of RE games that hit the 'cube back in the day!

Good God that is a horrible redesign for Nemesis. What's with the stupid looking crooked nose? And the ridiculous looking skinny, long teeth? The OG design was 10x better than this. Hopefully, they fix it, or at least have it where they can change his model to something more like his OG one.

I see nothing unusual of allowing the other remaster before having the sales projection being exceeded.

They probably already have a high enough projection that would make money, they simply over achieved.

I agree. RE2 is one of the best games released this year, and it's not unusual to think that the developers knew they had something good on their hands as they were building it.

It's noteworthy because just a few years before that, Capcom couldn't even greenlight the R&D budget for Street Fighter 5. One of its biggest franchises.
And that's comping off the huge success that was Street Fighter 4. Before Sony offered to fund part of the development, Yoshinori Ono estimated that we wouldn't have seen SF5 until 2018 at the earliest. Capcom were in a bad financial situation due to poor investments into the mobile market.

It takes a lot to recover from that. Let alone be in a position where you comfortably greenlight the funding of a second remake before the first one even gets any fan feedback.

And Street Fighter 5 certainly didn't help, as it had a poor launch. The game was rushed out with minimal content, because Capcom wanted to have it out before the Capcom Pro Tour started that year, in February.
Over the years they managed to steer the ship right and make SF5 profitable, but it wasn't the big success they were expecting.

Marvel vs Capcom Infinite was their next big, from scratch, project. And that one failed spectacularly, and was never salvaged.
They abandoned all plans for continued support for it, almost immediately.

I believe Resident Evil 7, in Feb 2017, was the first big new project for them that ended up being a hit on home consoles. And the starting point of their comeback.

And that was several years after REmake 2 was announced. Which was announced in August 2015.
That's why I find the timing of RE3's funding noteworthy.

You can read my comment above for my thoughts on that.

But I just want to add that the development of RE2 was not 'a lot quicker' than RE7.
It was apparently the other way around. RE2 was in development longer than RE7.

"It's been 4 years since we saw a numbered Resident Evil game, when did you begin developing RE7?
Nakanishi: Well we began everything to do with the game around about February 2014, so a little over 2 years"
https://www.neogaf.com/threads/capcom-famitsu-interview-on-resident-evil-7.1235171/

RE7 was released exactly 3 years after it started development.

But your initial post is what got the confusion. If you had said that you didn't expect they to greenlight before RE2 shipped to great acclaim you tied it more to being before they discover they outdid their forecast.

But yes From the comments that they didn't had budget for SF5 without the help from Sony (so it would take a lot longer to release) to being able to make 2 remakes almost simultaneously is a little odd.

But perhaps they made the PS1 way on the shared assets and team so the additional cost of RE3 was small compared to just RE2.

You really have to wonder how the heck  the only character that received an actual upgrade from it's original design would be Ada Wong of all people. Though, I do think Leon still looks fine. Carlos and Claire are the worst offenders I'd say.

Professional artists can also do bad artworks, ya' know.

But it looks fine to me, personally. Everything.

Yeah, I left out a lot of details to save some time, in case it was already known to the reader, and to not make it too long.

But another detail to consider here is that when they announced REmake 2 in 2015, they said this: 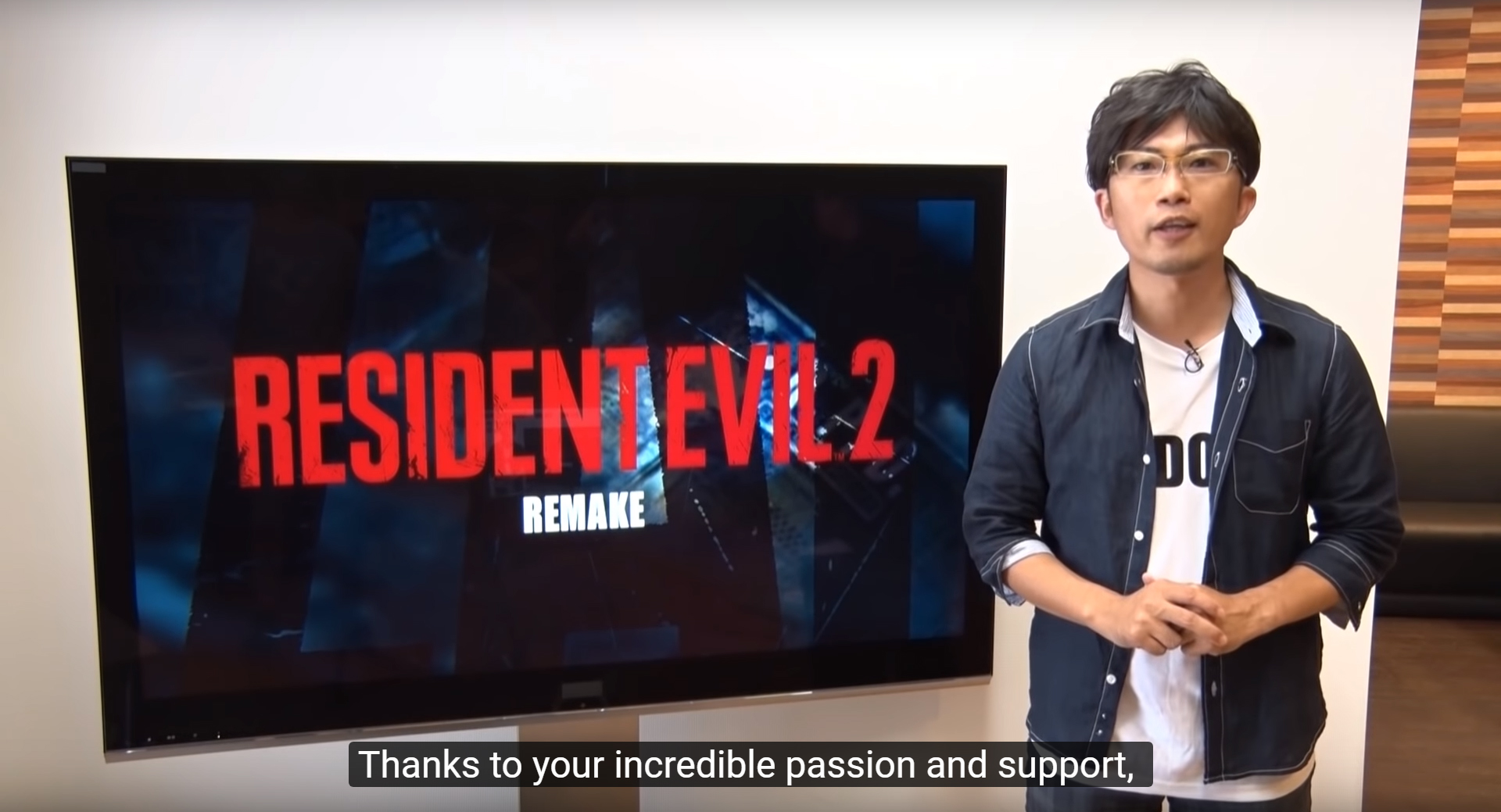 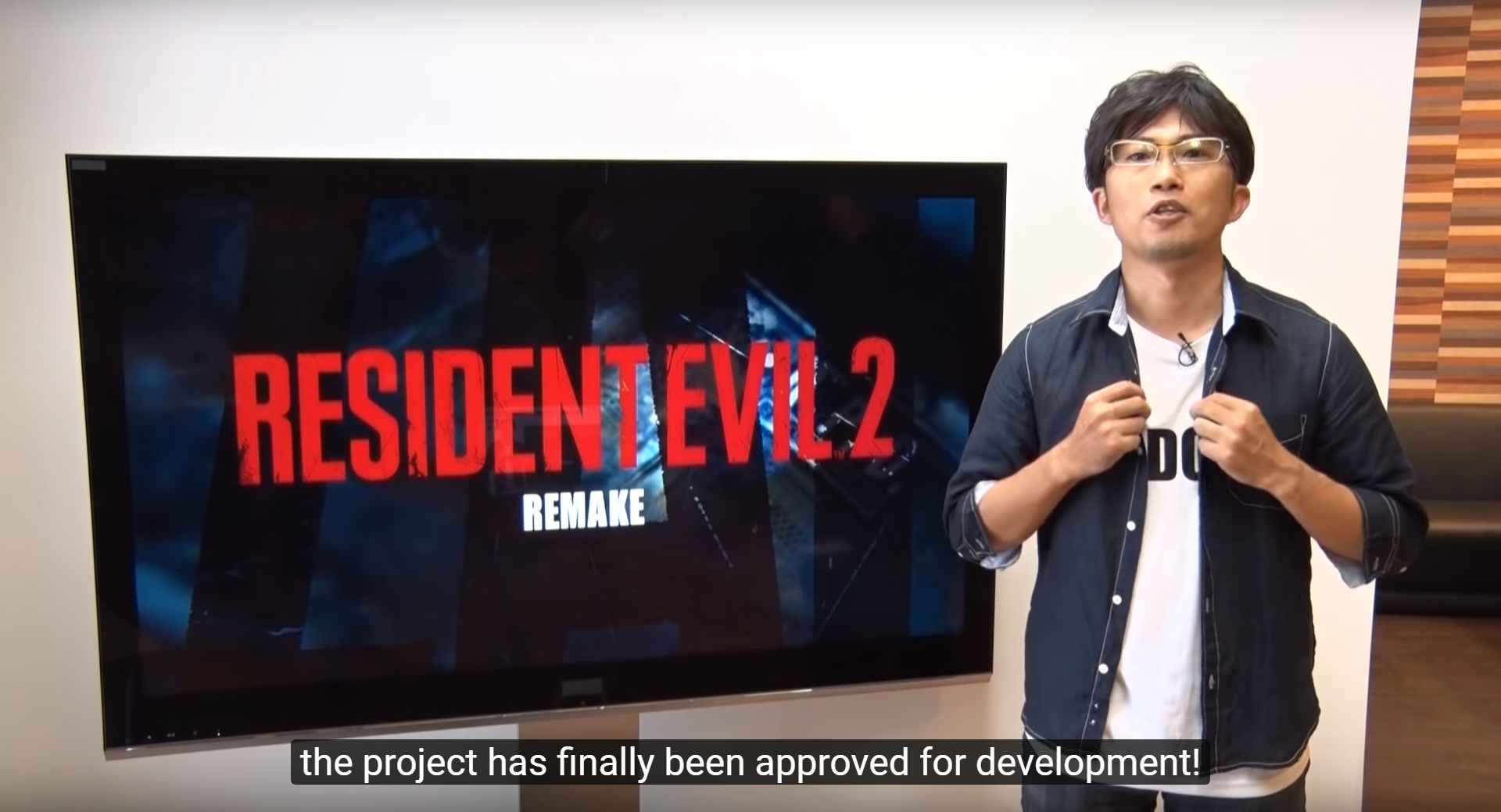 It was "finally" approved, after passionate fan request.
In other words, they wanted to do it before, but weren't allowed to.

RE team: "Can we do it now?"
Capcom: "No. We can't even do Street Fighter, and you want money for a remake of an old game??"

It looks like something happened at Capcom around that time, where they went from being very frugal with their budget, to greenlighting multiple large scale games and taking risks again.
If this was after the huge success of MHW and RE7 and all that stuff, it'd be easier for me to point at that and say I understand why Capcom were in a position to make these decisions comfortably.

But whoever made some of these 'risky' decisions at that time (and that includes moving Monster Hunter from portable to home console) are probably looking pretty good right now in the eyes of Capcom's higher ups.