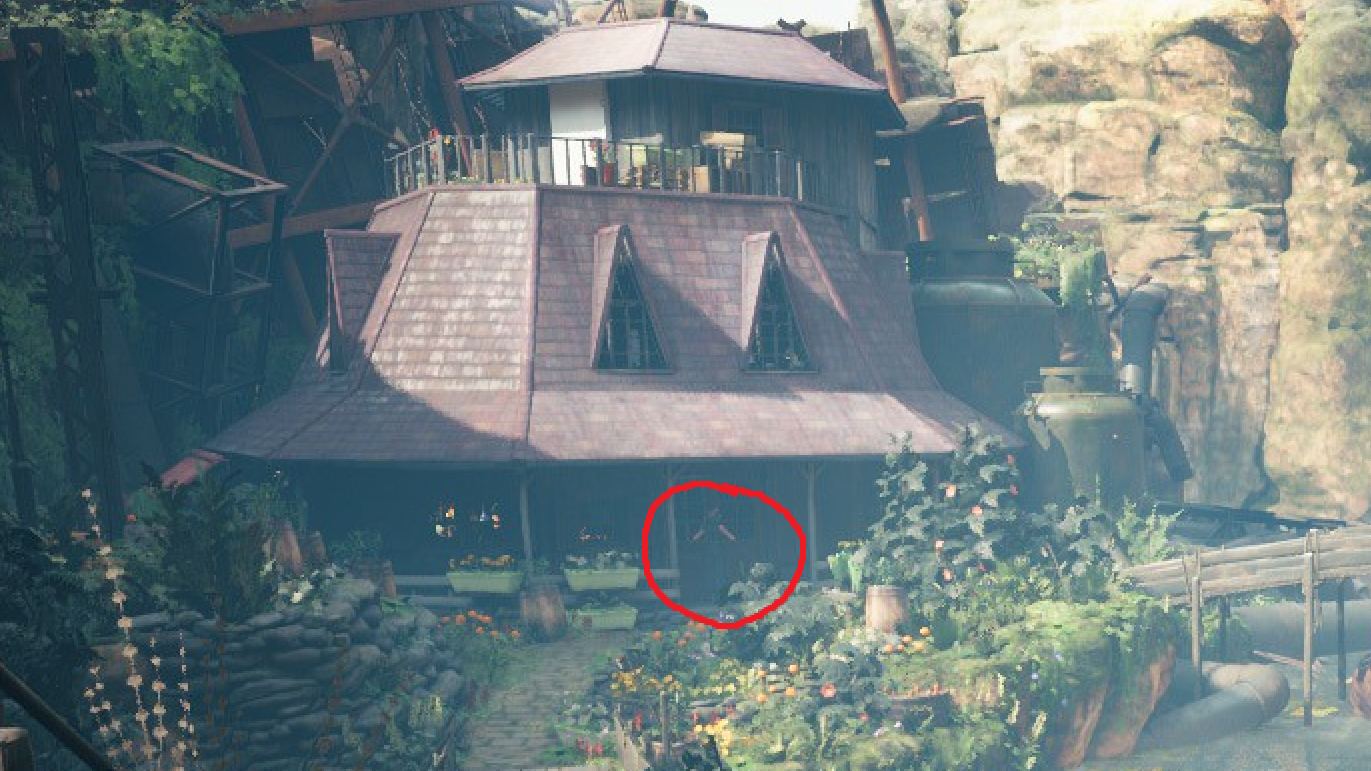 Wait a second.. Zooming in, is that Cloud?

I'm just sad we are about to get a FF7 remake and we have yet to see Cid, Cait Sith and most importantly Red. He's in Midgar and surely will be part of the party.

I don't see much blonde hair. I wonder if it's Zack in a flashback. I suspect we might see more Crisis Core overlap to flesh out the backstory of Aerith.

Yes reason for concern is fine, and I can appreciate and comprehend his worry. But he is already determining it will be bad and 1/3 of a product before it releasing.

I do think Hobbit was a little disappointing on the 9h movie. But HP I do think it need at least twice or maybe three times more movies to tell the whole story and I'm totally in favor of they making it a 7 season series with at least 10 episodes each so they can tell all and even expand some stuff.

Yes FF13 would feel like 3 different games if they just put it together as is, but if they were a single game they would probably tie all and smooth differences. Now on the opposite side, if they cut FF IX in 3 games they would possibly make 3 good games, and FFX and FFX-2 are to perfectly good games that could also be made into one.

To feel like FFVII could be 1/3 of a game is one thing, but you can't be sure until the game releases. Splitting a game in 3 doesn't make each be 1/3 of a game automatically. Uncharted 1 to 4 are different games but they could make it a single massive game without much problem if they wanted (but would need more money and make less profit so wouldn't make much sense).

I'll give the studio the benefit of the doubt, since the start they said this was a very ambitious remake not a remaster, so I'll wait and see. Be cautious but not negative.

What is the problem with it taking several 60 and years to play it? They aren't entitled to anything, the original game still exist and they can play it whenever they want. And they already made a remaster releasing it in PC with a much higher quality and that was brought to PS4 as well. Sure I would prefer that a remake was just graphic touch up and nothing more, but I won't say it will suck before playing it.

300 pages book as source isn't that big, but I bet that a 3 movies 3h each gave us a much better experience (and yes it took many many many years to be finished) than if it was a 2h single movie.

There is always people complaining about anything and sometimes spamming the same thing in several places. That happened here as well.

And if the game was truly finished and there was nothing to tell them they wouldn't have made sequels, movies and spin-offs to tell those loose threads.

Whether the add-on content could do it's job or not, still remain to be seen. My job here is just repeat the reason why there are many people still keep complaining about the remake. It could either satisfy many FFVII fans or just a huge disappointment to them, not yet decided. But based on what i saw, there will be more and more complaints about this remake.

Given Square Enix track records, a pretty good chance that there will be several season passes and day one DLCs for this remake. Furthermore, some people already made a joke about waiting for ps6 to even play the complete game. Maybe for you, you could happily wait then purchase and play all of them, but for other FFVII fans, not so much.

What they want is the original game with addition contents/characters/stories and high end graphics in one single package, not like this.

And again, those movies weren't remake of an old movie like this case.

As long as people keep talking about this game, dozens of FFVII fans will keep doing that and for a very long time. I'm really surprised that there is even people who got shocked by the complainer of FFVIIR in this thread. And thinking about it, their own reasons aren't really wrong to me at least.

Can you imagine the uproar if square stopped after the first part released. They better have plans to finish the whole thing. They will suffer endless bad press and fan loss if they stop this remake process partway.

It would be very interesting if they do alter the story to feature scrapped ideas like the ones you mention cause that would add a certain depp that perhaps wasnt reachable back when the original game launched. I for one am curious as to how they portray Sephiroth's relationship with Jenova because I thought it felt weird and out of place back then, and it'd feel weird seeing it now unless they make a heavy change on it.

Regarding playable characters I dont know. One thing I would absolutely not like them doing is altering the playable characters just to "fill the spaces" of the characters not yet introduced. That would indeed feel like filler.
For example, if in the first part they only introduce Cloud, Barret, Tifa and Aerith I would preffer it if those were the only playable characters then, I wouldnt want them to make Jessie, Biggs or Wedge (to name someone) playable just to get to the "number" of total characters.

BUT if they do introduce a character early on justo to reach a certain number, lets say to get to 6 characters, then I hope they double down and said character's story is drastically changed throughout all parts. Vincent and Yuffie are two good examples of characters that could work. You could even add parts of Dirge of Cerberus or Crisis Core into this game's overall story through out the 3 parts (or whatever amount of parts) its gonna have, and I'd love it if they do.

This remake is looking better and better every day. Waited for a long time to finally see some weapon proficiency again. I'll have to thank SE for finally giving me a chance to enjoy FFVII.