Well the year before that they released Resident Evil 7, which was different from any other game in the series.
But this remake specifically is something they were getting a lot of fan requests for over the years. I'm one of those people that kept telling them I wanted this in surveys that had nothing to do with Resident Evil.

So if they do exactly what fans ask them to do, it would be strange for fans to not show their appreciation during the voting.

What you describe about something fresh, I can understand that more if it was more like a remaster, and it's predominantly the same experience.
But this is mainly a fresh experience, coupled with nostalgia. And they raised the bar for what people can expect from a remake.

The characters have the same names as before, but look, sound and behave differently.
It takes place in a police station baring the same name, but is different in its design and layout, except in certain places where it's not supposed to be. Where you're meant to look at it and reminisce back 20+ years ago.
The new areas, items, enemies, scenarios, puzzles, etc, could make up a whole game on their own.

They could have just called this Resident Evil 8, and renamed a couple of things. Or followed the recipe from RE7 and made a new entry in the same vein. That would have been safe. But instead they wanted to do something ambitious again.
On paper, doing a remake can sound easier. But that really depends on the game and what they're going for.
Living up to the expectations of one of the most beloved RE games in the series, if not in gaming history in general, is not easy when you aim to do a lot more than just change the graphics.

Though on the subject of rehashing old content, with that reasoning there's a case to be made for why many new games shouldn't be nominated. No assets in REmake 2 are reused. Just alternate versions of some ideas. Which is the basis of essentially any new Smash game. But on top of that, a lot of assets are re-used in Smash Ultimate from previous games, and touched up.
Though I absolutely think Smash should be there because of all the new experiences in the game.

If games should be disqualified based on the percentage of reused assets or ideas, there are arguably a lot of new games over the years that would be cut before REmake 2. And where people would draw the line is a whole other discussion.

But for essentially the same reason people don't tune out of a basketball game because it's being played on the same court as last week, playing the original RE2 does little for you in the new one aside from nostalgia.

And with this game in particular I especially want the developers to get the recognition they deserve when they went above and beyond what we expected from this game. Not only did they not infest it with crazy micro-transactions, but they didn't even make any substantial paid DLC for it. (Just some classic 32-bit costumes and music.) It was simply a well made game. A predominantly new experience mixed with nostalgia. And you can feel the passion from the developers from the first minute. This is a Capcom I had been missing for the past 10+ years.
If you don't like what they did, that's fine, and you have the option to not play it. But thinking that fans should not vote for it because of your definition of new vs rehashed is another thing. In that case I'd like to see how it applies to other games.

This Show is very interesting, i watch it then :) For me:
Death Stranding = Best Story, Atmosphere and Soundtracks
And the Characters are fantastic! 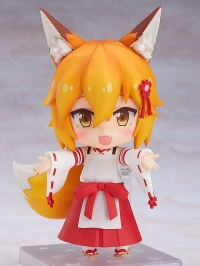 I love how Fire Emblem: Three Houses won in the player voting even though it wasn't in the running for GOTY. One reason I've always disliked the Video Game Awards is because the GOTY and the awards in general are almost always skewed toward EA, Activision, Take-Two, or Hideo Kojima.