For those who don't know what COPPA is, or why it sucks, look here.

All of this bullshit is for the sake of kid-friendly YouTube content? YouTube wasn't created for kids in the first place, so the FTC can take COPPA and shove it far up their cancerous ass.

For one thing, COPPA was introduced in 1998, well before Youtube.
Youtube was collecting information on children so they can target them with ads.

And Youtube has actually been pushed as a platform by which advertisers can exploit an audience of children. 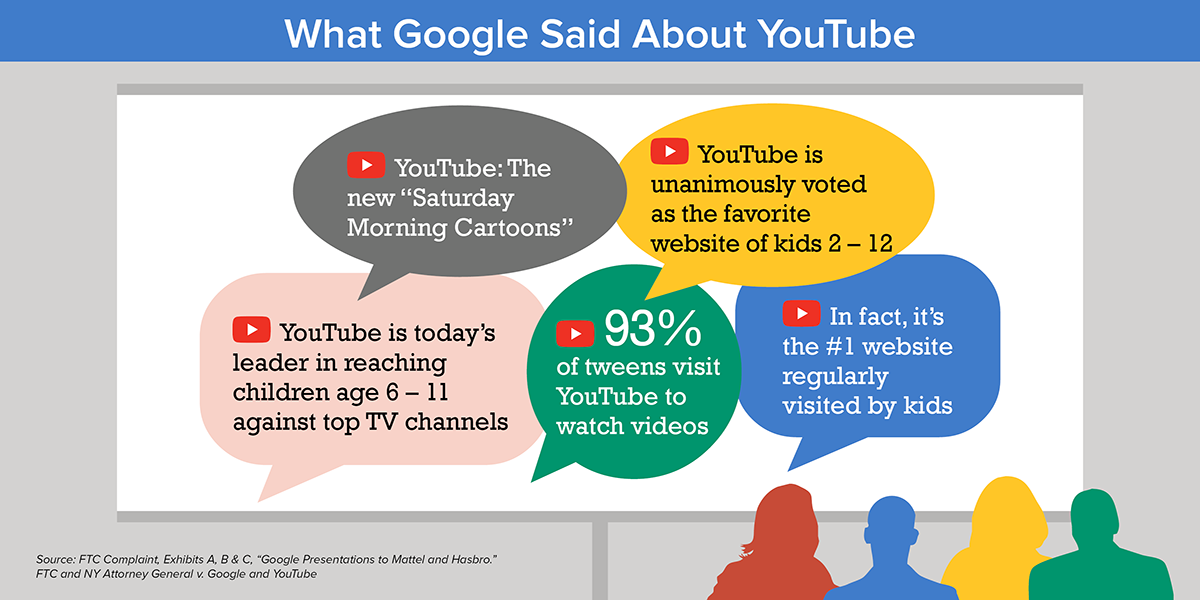 The problem with youtube right now is that they have been encouraging content creators illegally to target children with their content. Youtube is now being forced into complying with the law and content creators, who are a part of the youtube economy, are no longer able to reap the rewards any longer. The content creators were misled, yes, but that isn't justification for allowing Youtube's shit to continue.

And while channels, such as Pewdiepie can claim that they're not made for children, it's clear that their content appeals primarily to children. These sorts of channels that skirt the law need to be forced to comply. While not as serious, it's basically the same sort of problem as companies and individuals who evade taxation by misclassifying their assets (i.e. classifying a hotel as rental property).

Yes, there are content creators who won't be making as much. But that's on Google. It's not like they haven't had 6 years to adjust their Youtube platform.

While the FTC might be coming down a bit to hard with these regulations, COPPA certainly doesn't need to die. Its meant to protect children from targeted ads and the collection of there data. Youtube has been very upfront for a while that they are violating this law by bragging about there userbase. There is no getting around that fact at this point. Now a reasonable solution needs to be found that can protect channels and children from targeted ads. Clearly the original proposal has its issues. Children content seems to be broad at this point and more directive needs to be found. But content that is entirely meant for children needs to be COPPA compliant.

COPPA is a good thing.

This whole situation is YouTubes own fault. Maybe its time for YouTube to die.

YouTube is going to die next year unless some sort of plan gets pulled out of someone's ass. For the last few years they have been demonetizing anything that isn't family friendly, but now people could also become demonetized if their content is TOO family friendly? If people arent allowed to make content that appeals to kids or adults, then who the hell are people supposed to have their videos targeted at?

Just Content Creators are dying out. YouTube has a lot of content from television and music channels that have a huge audience. And they have lawyers to deal with all the regulatory stuff.

I miss the early days of youtube....no ads, the Boom Goes The Dynamite guy......