I totally forgot about Non-Specific Action Figure! That guy is a LEGEND!

Even if he doesn't ever get into Smash, he still needs a game series of his own!! :D

What about none specific action figure.

We just mentioned him.

I'm a huge Final Fantasy fan and want some of the overlooked characters in Smash. For years I've had an idea to put Selphie Tilmitt from FFVIII into Smash. My idea for her move set was very faithful to her in FFVIII but is extremely similar to what was eventually implemented as Hero, so similar I was shocked that they came up with something almost identical in concept.

She would attack using her nunchucks for A moves. She'd use three different spells for neutral B, side B, up B moves (probably all elemental spells like Fire, Thunder, Aero, Holy etc one of which will need to provide recovery) but she'd also utilise a random ability for one of her specials. I got this idea from her Slots limit break, where she has the ability to cast from a huge range of spells, including a few unique ones, at random with the option to re-randomise and choose another spell. So, similar to Cloud charging his limit with down B, she'd press down B to use her limit break. Of course this is almost identical to Hero's down B.

The random spells would all be based on spells she would cast in FFVIII and before confirming you would be able to re-roll, by selecting Do Over. This would give her a huge range of potentially very good spells, but at the mercy of RNG and also displaying the move in a text box, to either be confirmed or re-rolled. Some spells will be more rare than others and multiple casts of a spell will also be rare, but as the hidden crisis level increases, so will the chance of getting a rare spell. The crisis level will take her own % into account as well as a few other parameters like if she is on a team and her teammates are also high on % or if she's currently afflicted with negative effects. It will mainly be focused on her own % though.

I would like her entire range of spells from her limit break to be present. I realise that some of her spells are so oddly specific and have almost no benefit to the caster, that virtually no player would choose them willingly e.g. Zombie is really more of a buff to the opponent, provided they don't try to heal.

Here were my ideas for each spell she uses in FF8, though they could be altered. Whatever spells end up being used for her normal specials will be within this list.

- Protect, take less damage from physical attacks
- Reflect, reflect magic/energy attacks, once reflected, the attack cannot be reflected back so no bouncing between players, likewise it will not protect against one of your own attacks that an opponent already deflected (this is how the spell functions in FF)
- Haste, greatly improve speed, also shortens the effects of any positive or negative status that last for a time duration.
- Berserk, boost strength and speed and physically attack constantly for a brief time, only able to control movement and jumping, sort of like using a hammer item
- Fire, Thunder, Ice, Aero, Holy etc, basically elemental spells some of which have higher levels e.g. Fire, Fira, Firaga
- Double/Triple, would allow her regular special moves to be charged, with two or three different levels of charge, for a brief time period
- Slow, slows an afflicted opponent but also extends any effects that last for a time duration
- Stop, halts an opponent briefly, similar to freezing them
- Meteor, Tornado, Flare and Quake would all be AoE attacks centered around Selphie. Tornado would act like the tornado in Hyrule Castle, Flare would just be an explosion, Meteor brings down meteors and Quake shakes the ground maybe stunning opponents standing in the area (I think some Pokemon have caused earthquakes in Smash, it'd probably be based on one of those)
- Float, improves jumping ability and reduces falling speed, maybe also provides an initial upwards boost (could be her normal up B recovery move)
- Bio, inflicts a poison attack which does small damage over time (smash already has poison items/moves)
- Break, has a chance (rising with %) to turn an opponent to stone leaving them immobile and vulnerable to throws, but also invulnerable to most other attacks(same as Kirby's Stone move)
- Cure/Cura/Curaga, three different levels of curing spells
- Shell, takes less damage from magic/energy attacks, this also reduces any healing from her own spells
- Ultima, very powerful AoE spell covering a wide area
- Esuna, removes any negative effects like poison, slow etc. any effect that could be negative would be removed including ones with potential advantages such as Metal/Mega/Mini. Won't remove purely beneficial effects like Haste or Protect
- Dispel, removes any beneficial effects from any opponent that is affected, including things like a Final Smash.
- Regen, gradually recovers % for a short time.
- Blind, any affected opponent's physical attacks will occasionally miss
- Silence, any affected opponent will be unable to use magic attacks, obviously several characters won't be affected by this at all.
- Pain, inflicts a combination of Bio, Blind and Silence
- Death, has a chance to instantly KO an opponent, with the chance rising based on higher %. Does not work on Undead.
- Sleep, the target falls asleep briefly
- Drain, inflicts damage on an opponent and heals own damage by a small amount unless the target is Undead, in which case, the caster is damaged (unless they are also Undead)
- Confuse, anyone affected might occasionally hurt themselves with their own attack? I don't really know how to implement confuse, maybe opposite directional inputs?
- Demi, an affected opponent will have their % increased by 25% of their current %
- Zombie, any opponent affected will be classed as Undead, which means any curative effects will actually cause damage, but they will take less physical damage. They will also be immune to Drain and cannot be KO'd by any instant death type move.
- Aura, just artificially raises the crisis level, making rare spells more likely to appear.

These few are based on her special Limit Breaks and would be much more rare, even when in crisis these will rarely appear and may have only one potential use per stock.
- Catastrophe, even more powerful than Ultima
- Percent, any opponent who is affected will have their % increased by 93.75% of their current %, a much more potent form of Demi
- Wall, a combination of Protect and Shell, giving resistance to physical and energy/magic attacks
- Full Cure, more potent than Curaga and also has the same effect as Esuna
- Rapture, opponents within a set area will sprout wings that carry them towards the top of the screen and through the top blast zone, there is a chance to break free, but it'll be harder as % increases. Does not work on Undead opponents.

As I said, they basically implemented this idea when they introduced Hero, the major difference was I had a different final smash in mind, which would be influenced by RNG once again. I thought of three typical versions and one very rare one, these would all be randomly chosen though, no option would be given to the player. For an offensive FS she'd call on the Ragnarok (the airship that she pilots in FFVIII) and blast the stage. For a supportive FS, the scene would change to show her performing on stage with her band which would also play a random song (RNG within RNG) providing different positive effects like a small heal, speed increase or maybe even some negative effects if the song sucked (this is taken from an event involving her in FFVIII). For a completely self defeating FS, she'd use Kamikaze where she runs straight forward and KOs both herself and anybody unlucky enough to be hit. Lastly in very rare circumstances she'd use her ultimate Limit Break, The End, which would instantly KO all opponents, removing 1 stock each. This would also instantly defeat story bosses. The only exceptions are characters/bosses with Undead status i.e. ones affected by Selphie's Zombie spell.

My longtime idea for a Final Fantasy VIII stage to accompany her was also taken by Hero, I wanted the fighting to take place on the back of the airship as it flew around the world of FFVIII, passing by recognisable locations (also similar to several other Smash stages). As an easter egg, similar to how a building in Fourside has a hidden modeled interior, I thought if Selphie wasn't in the fight, she would secretly be inside the cockpit flying the airship and if she was fighting, Zell would be inside at the controls (just like in FFVIII).

Her victory pose would be the same as her victory pose from FFVIII, though she'd need a couple of others. Potential ones could be her idle animations, her celebration animations from various points in the story, such as after qualifiying for SeeD, maybe playing a random instrument (RNG in her victory pose!) or maybe a spell casting, summoning or limit break animation. These could all be potential for her fighters stances, of course one of them has to be Selphie taking a selfie.

Alternate costumes could be her two SeeD uniforms.

She could be implemented as a Hero echo, I suppose. She'd be potentially just as OP as Hero, less in some situations, more in others, all dependant on RNG. I also have ideas for some other FF characters but I've already written too much. 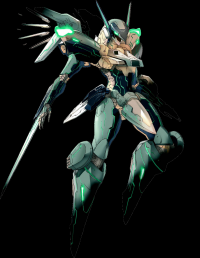