The scale of the game is unprecedented. I still hope it someday be complete.

Not gonna lie, thought you meant StarCraft, and I went, "well, it did take Blizzard 12 years to finally get a sequel, so I believe it" lol but Star Citizen is still years away from completion! I still would love to see how it finally turns out

They'll have to start over soon to rebuild the engine for ray tracing, 8K and dynamic HDR.
It's quickly becoming a last gen experience in the making.

I was thinking Splinter Cell....

Well that is truly a technical marvel.
I could joke that it will be the game of 3 generations as it have started in PS3 and perhaps will launch on PS5 or later. But since they already have a great playable beta I'll just say "WELL DONE".

You know what'll fix this?. Removing Roberts from having control over the damn projecxt.

He's got a known history of poorly drawing out his projects, even his own films, and then having them bomb later on down the line, because the man has the worst timekeeping record in production history.

People rag on the game, instead of ragging on the one man, who's the reason as to why this has become so bloated in certain areas. Remove the guy, stop over-complicating the production level structure of things. I've seen their flow chart, it's fucking insane as hell, and I'm glad I'm not a part of that team, who has to fit in that chart somewhere, and get shit done at a due date on said flow chart.

But yeah, the game is a technical marvel, but I don't think we need any stupid focus on "8k", because an insane chunk of the worlds pop doesn't even own 8k tv's, let alone having enough 8k content to justify the insane price tags either. We don't even have games with 4k res textures (literally on everything, sod just the char/gun models). 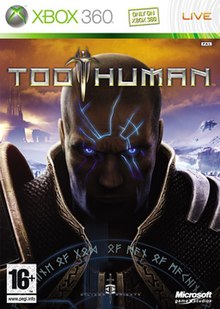 And they could work on the 4k while leaving 8k for an update, beyond other stuff they can simplify at the moment and keep in the bucket list for updates.

Not sure why you posted this =p

This game will launch fully the same year Guild Wars 3, Chameleon Twist 2, Banjo Threeie, and a proper Paper Mario game all come out.

I dont think this game is meant to ever be finished. Its meant to be like dream that its unreachable so the PC master race has a reason to keep buying high end parts, while holding to a promise that one day it could actually be put to use.

Its why its gone through redevelopment so much, the hardware that was once elite is now common place, so they have to rebuilt for the elites again. Its a cycle that cannot be broken.