I have no problem being called fanboy (don't think BraLoD would as well, he truly is the "biggest fanboy" of LoD in this site as far as I know). But in VGC the term is forbidden due to it being used as derogatory and usually make conversations into fights.

And I have to disagree, he was polite and was basically telling you to respect rules and the thread, while you even if you didn't meant to were unpolite and was doing ad hominem to invalidate the argument, basically "only a fanboy would find this design good". That was done in a way to say if the person wasn't a moron he would agree the design is very bad.

And sorry to cut your explanation, it simply don't mater, calling someone fanboy is forbidden by the rules.

I know it is hard to convey what we think and several times we are misunderstood, and certainly BraLoD could have been lighter on his retort to you.

Anyway I was being true on liking the design (I'm a child of the 80's and like some of the odd designs of "futurism" on the movies of the time) and my wife and friends mocked me and the design. But that is the thing with taste, some people like different stuff. I like the original consoles much more than any of their slim versions.

Your post was offensive, you came out calling people that have a different taste than yours liers and biased because of brand prefference.

That was completely uncalled for, rude and aimed at causing a bad view on people that have an opinion that differs from yours, on something as subjestive as personal taste, nonetheless.

I have not attacked you in the slightest, and I told nothing rude about you, at all, differently from what you did, you called people liers and biased out of the blue, that's rude.

I told you I would appreciate if you wouldn't bring this kind of stuff here, that you shouldn't say such things based on things you say to yourself as some supposed quality of yours as if it gives you the right to talk like that about other people, and that you are doing a disservice to yourself doing that. That's it, no attacks.

You are doing an inversion of facts here.

Also I didn't feel personally attacked by yourself either, you attacked everybody that has a different view of yours, not me in specific. I approached you because I don't want that kind of behavior in my thread, it's not a place for that, and I would rather not have to call a mod here to interfere.

And you should really think about what you just said, if you disagree with other people, that's fine, but don't go on creating a post about human behavior that you supposedly master at reading to feel like you can call them liers... and you just gave me a completely unrelated example of some random situation to try to provide an extra reason to your point...

And I hope this ends here. I'm not angry or anything, I just don't want that kind of stuff on my thread, you don't seem to mean ill right now, but this also won't turn into the subject of discussion here.

So again, I hope this ends here.

They ones I tried happened to be old, but some of my new ones could possibly not fit either. I don't know for sure since I barely use the usb ports on the PS4. The only times I've ever used them is to upload screenshots to VGC, which I've done like 3 times.

As long as it plays the games, I could not care less about what it looks like.

I understand you, but there are people that like to buy some very big USB sticks with a lot of "carnival" throw at them =p

But yeah... It's ugly and likely to change. 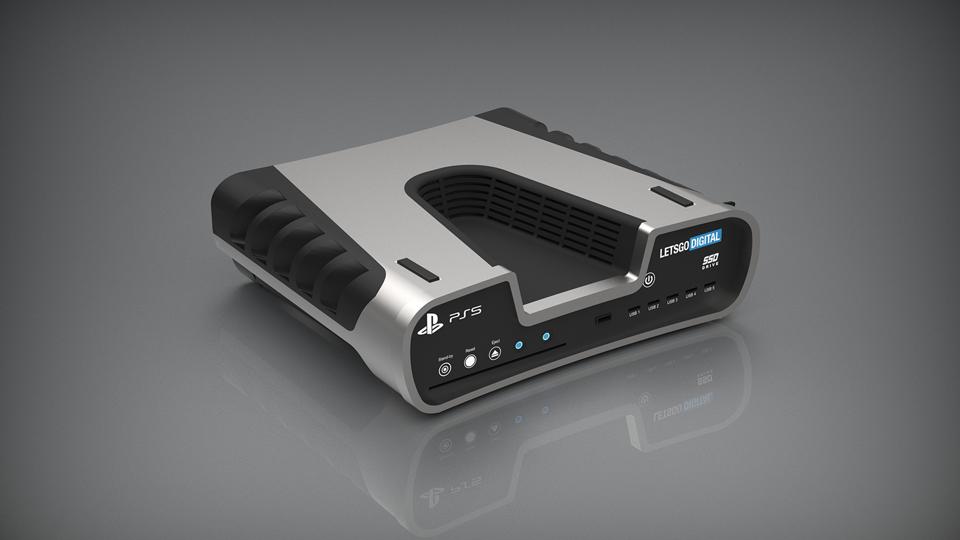 But I don't think this is the final design. It's too early for that.

People should be more worried about the price than the design. A super fast SSD can cost the same as a console. A PS5 will come with faster SSD than PCs have currently.

That design looks like a router.  Definitely not something you want taking up space in your entertainment system.