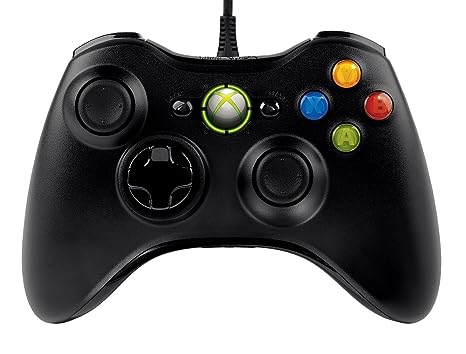 I'm a PC Gamer. Well, I also have a Playstation 2 and a Nintendo 3DS, but my main platform is PC. Usually I play with keyboard+mouse, however, I prefer to play 2D, Fighting games and emulators with a controller.

I got my PC in 2007. My town is pretty small, so I always bought my controllers at the same store. They only had DualShock PC/PS2 controllers. I only touched an Xbox controller once in my life, and for about 30 minutes.

However, today, my mom went to the city, and I told her my PC controller was busted, so I asked her to buy me a new one. For my surprise, she went to a different store, and came back with an Xbox 360/PC controller!

Man, that was unexpected. I was pretty sure she would bring me another DualShock. She told me I could return it if I don't like it, but I really wanted to try it.

I installed it and tried some SNES games.

Man, that controller is really cool! I like the colors of the main XYBA buttons and the overall design. At first I was unsure about the analog position, since I have over 10 years of DualShock, but it was really confortable to use it.

I also like the LT/RT buttons. A friend of mine said they are great for shooting games, I want to try some Spec Ops: The Line later.

Like I said, that was mostly my first contact with that controller, since I only played Xbox 360 for about half an hour back in the days, and all my other controllers were DualShock. Maybe I'll still use keyboard+mouse for first person games, since I'm really, really used to it.

But enjoy the 360 version. It's still awesome... aside from the d-pad.

It saves a lot of frustration with PC games that always show the XBox button layout when you use a DS4. Plus certain games like FH4 won't work at all with a DS4, even if only plugged in for charging. I bought a wired 360 controller just for that. I did have to bring it back a week later as the left stick was defective. When you pushed left it would briefly register a full right input before going left. That didn't go well while racing!

I could never fully get used to the "S" after the glory of The Duke. The "S" was a fine controller in it's own right though.

I find for first person/third person/action games the Original Xbox/Xbox 360/Xbox One controller layout with it's asymmetrical joysticks is the ducks nuts.

But for the life of me... I can't stand to use it for 2D/Platformers/Fighters that rely on the D-Pad, much prefer Dual-Shock or a SNES controller, not sure if it's Microsoft's D-Pad itself or the placement.