Well Todd Phillips' Joker just released and by many accounts the film is doing very well in the box office.  This is a character that has been portrayed by so many actors that it's always sure to conjure up a fandom war every time he graces the silver or small screen.

So what's your take?  Have you seen the film?  Did you enjoy it?  Do you think the fear surrounding the release of this film is warranted?  What score would you give Joaquin Phoenix for his role?  And how would you rank him amongst fellow Joker actors, including Heath Ledger, Jack Nicholson, Jared Leto, Mark Hamill, Cesar Romero, as well as many others? 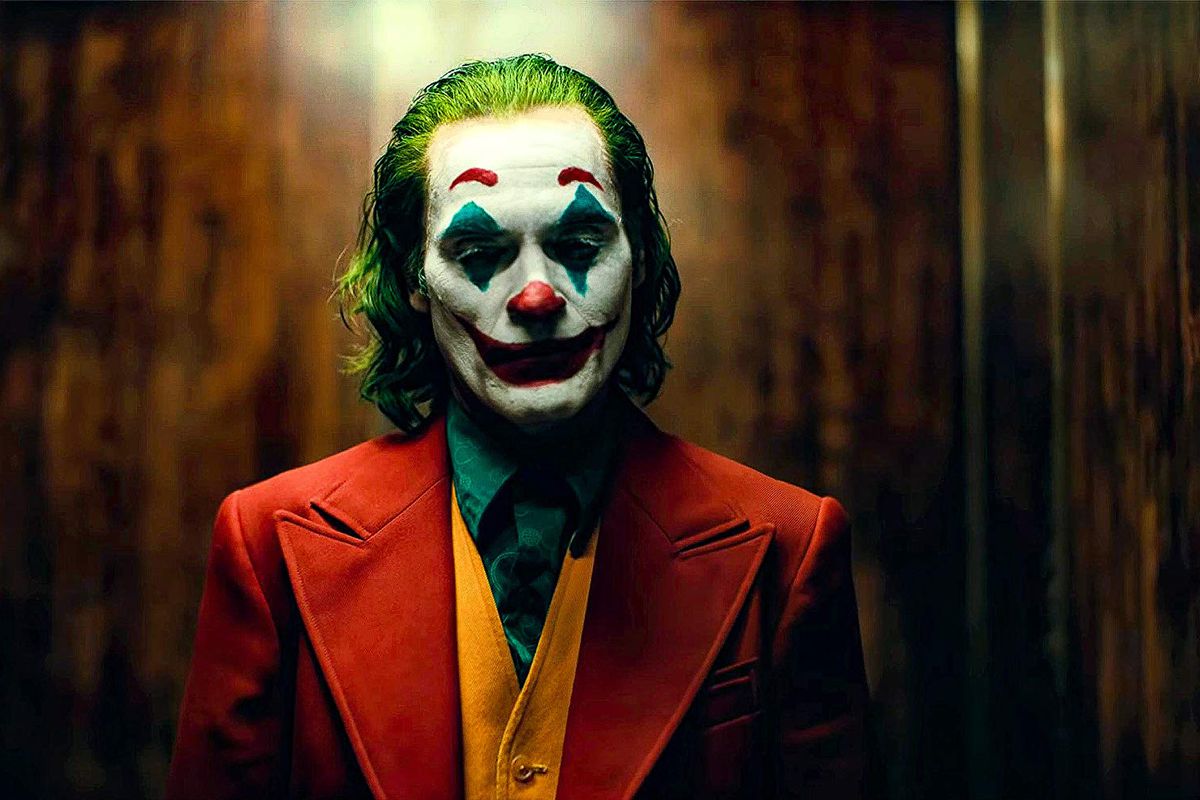 As someone who hasn't seen the film and didn't even follow the fearmongering of the media did (seriously, what the hell happened here? Can someone explain?), I'm not sure what I'm in for. I am thinking of going to watch it, but I'm really tired of comic book films...

I'm watching it this Thursdays. All my friends say it's good.

From what I've seen the controversy is because the Joker is a white dude that gets bullied and hos dreams shattered so he resorts to going on a killing spree.

I can say this from personal experience at my local theater in a town of about 30,000: for the first time ever they were checking people's bags on the way in.  We had brought in our own candy and they didn't even care about that.  I asked what they were looking for and they said weapons.  Upon leaving the film in the lobby of the theater was what looked like an armed security guard.  I didn't look too close at what he was packing, but his vest was covered in several objects and I'll admit I was just more bothered by the fact that he was there to get a good look at his armaments, be they pepper spray, tazer, or firearm.  I even asked if he was there for Joker, and he said yes, so I laughed at him and told him they were being silly.

I'm a bit done with comic book movies myself, but do still watch the occasional good one, and there have been many.  But Joker is less comic book movie and more psychological study.  It certainly takes place in Gotham and you know it is a comic book film, but they downplay most of those aspects and definitely don't reference other characters outside of the Wayne family.

I think it was very well done, but I'm also not surprised by that.  Joaquin Phoenix is one of my favorite actors of all time and once I knew he was portraying Joker I knew I would enjoy it for his acting if nothing else.  Todd Phillips (Hangover, Old School, Star is Born, War Dogs) is certainly creating a multi-faceted career in much the same way that Adam McKay has been (Stepbrothers, Talladega Nights, Big Short, Vice).  I'm going to have to continue to keep an eye on his filmography.

I'm surprised the MC score isn't lower, since many of today's pro (ha!) movie critics are social activists, and have much more faux outrage than brains.

I'll always be "left", but despise the grotesque cultural hijacking going on right now in the west, especially in North America. I'm probably more "Comet Strike" now. Even more than "left". In that I hope a comet strikes the Earth and just ends all this.

I'm going to see the movie tonight, and am very excited!

I'm well aware of the controversy, and this is the one thing I have to say about it: its all about political context. I understand how this is playing into the tensions in the U.S. - in the sense that, well, they have a history of violence and mass shooting that isn't really matched in other first world countries. Most online media in English is American and is within that context, so they're most likely to react to the movie in a specific way. Whether I agree with the reaction is a different story, but I do understand where how it can exist. I can guarantee that there is no sense of hostility or tension when I walk into the theatre tonight here in The Netherlands. If there is, I'll post here later tonight and eat some crow.

I just read a few of the negative blurbs on Metacritic and I can tell those writers all love the sound of their own voices.  I'm reminded of that time that Lisa Schwarzbaum gave Fight Club an F in Entertainment Weekly. Yeah, she'll never live that failure of a review down and time will always be her judge.

It's also reminding people of how a dude in a mask walked into a movie theatre for the the Dark Knight Rises and killed a dozen people and injured 82 others.