So it seems they really don't care in slightest of the issues their services are having. I tried signing up for premium on their app using my smart phone but the app just kept freezing at a certain point. I got it contact with them and they told gave me intrusctions which didn't do anything. So I attempted going through their website, I thought I was getting somewhere but after putting my details in, the website just redirected back to my details with no progression. So I get in contact with them again. They tell me to try the app on a firestick if I have one (so a complete gamble on their side that a customer has got a firestick) . Luckily I do use a firestick so I download the app on there, but again this app doesn't work as when it loads up I get the meassge "unable to connect". I get in contact AGAIN, and again they give me instructions which don't work so I tell them.

The latest thing they have told me is to use a desktop computer.

Through the frustration I had to go checkout on forums like reddit to see if it's a ongoing widespread issue and it appears that alot of people are having issues and for months now, even to the point that subscribed customers are cancelling their subs.

The thing that's crazy is Funimation are clearly aware and they're refusing the acknowledge it and do anything about it and are just telling people to try different apps or websites on different devices rather than fixing things. It's madness.

Ive told them Id love to subscribe and become a paying customer but I Simply can't because nothing is letting me. I havn't tried on a desktop pc because I don't own one but I'd be concerned that if I did it on somebody else's would the apps work!? 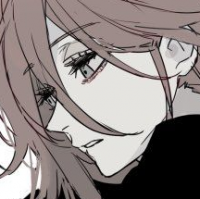 Funimation have always been the worst legit anime service out there, nothing new there.

And this is why you should pir... ehem, download your animes all the time.