I am 42 years old.  The other day I heard a commercial on the radio about the opioid crisis where they threw out the line "words are powerful" and it got me thinking that perhaps a paradigm shift has occurred somewhere between my generation and the current one.  If I had to say when I thought it started I would say somewhere in the 90's with the rise of political correctness.  In my day our mantra was "sticks and stones may break my bones but words will never hurt me".  Nowadays the wrong words can end a career even if taken out of context from a post made years earlier.

To say words couldn't hurt you back in my day would be wrong, but the idea was we shouldn't let them. Today it seems as if more and more people are looking for words to be offended by. The preceding is just my perception and mostly limited to my own country.

Here are the questions:  Have you noticed the same shift I have if you are old enough? Is this a shift that has happened in most of the world?  Is this shift for the eventual betterment of our species?  Do you think the shift has lead to any of the below?

Disclaimer I have not thoroughly vetted these sources.

The gun death rate in the U.S. is much higher than in most other nations, particularly developed nations. But it is still far below the rates in several Latin American nations, according to a study of 195 countries and territories by researchers at the Institute for Health Metrics and Evaluation at the University of Washington.

Perhaps none of the above have anything to do with the paradigm shift, perhaps they do.  Your thoughts ....

Heard of "The pen is mightier than the sword"?

This is not new. There's just a ton of sayings and proverbs that contradict each other. You see it everywhere, even in games. 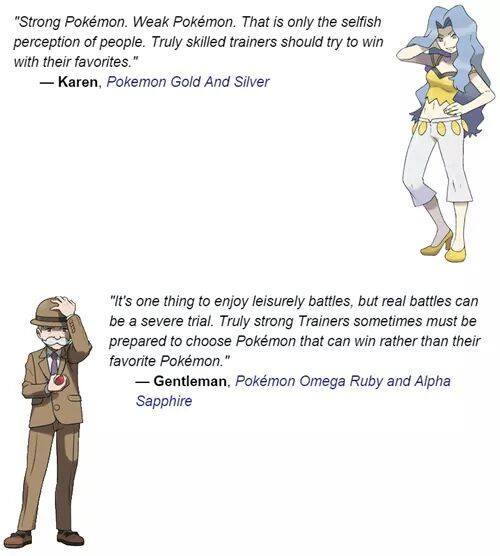 What has changed in recent times though is that it's a lot easier for people to express their opinions, than it was even in the 90's.
Back then if there was something you were passionate about that you thought should change, all you could do really was send an angry letter to a newspaper. Who would then probably not publish it. And that was the end of that.

So you don't believe we have gotten more sensitive in the last 30 years?

Im 32 yo and I agree partially with you, but at the same time I dont expect things to stay the same as when I was growing up because no functional society should ever keep the same social standards every generation, what kind of proggress is that? Standards change because social structures change and our perspective on certain things changes as well and we shouldnt tolerate certain attitudes anymore just because "we used to not make a big fuss about it" back when the opressed/affected group had no voice to begin with. Having thick skin when it comes to criticism is important, but having empathy and self-awareness is just as important.

And words ARE powerful, and we shouldnt justify or dismiss people's shitty behavior when it has crossed the line of whats tolerable within the context of whatever event it is. Context its everything. Its a very different thing to be making racist/sexist/homophobic/whatever jokes with your friends - Which I personally do all the time because fuck it, I know they dont care - than in a public setting or work enviroment. That shoud be common sense. Freedom of speech =/= Freedom of consequence.

Having that said I dont get the costumes thing. I dont get why "blackface" or "indian" costumes are an issue. Representing a character for a costume shouldnt be that big of a deal, but im not from the USA so I imagine thats a cultural thing.

People are too sensitive, yes.

How would you gauge that if there was no proper way for us to share those sentiments back then?
And do you feel that you've personally become more sensitive?

For me I don't think I have. If anything I've become more desensitized to things that would shock me 20+ years ago.
But back then many of us were also children, and probably weren't as invested in world affairs as we are nowadays.

People are more sensitive these days because they hide their weakness under the pretense of 'justice' ...

How are societies supposed to evolve without any chance of discourse being blasphemous ?

It's growing no doubt, but locally around here anyway, nowhere near as quickly as the media would have some believe.

What overly offended people have lost, or don't consider, or don't care about, is context. While words can trigger certain people to do what could be considered negative acts, it's an extreme rarity. This is because most people do what's necessary, reading into the words and understanding that what's being said isn't negative, and not meant to be harmful, considering it's not, most of the time.

For those that wont consider context for whatever reason, it's like a teenager taking an aluminum ladder and leaning it against the overhead power lines without considering why those lines are there and their meaning and purpose. Every kid is taught what those lines are and to stay the heck away from them, period. Blaming the utility isn't a reasonable excuse as long as everything is in good working order, even if it's an unfortunate mistake of the public's doing.

What we are seeing is an increase in the number of people 'extending ladders and placing them against power lines and blaming the utility', causing people there to lose their jobs, when it's the person who got burnt who didn't take the time to assess the situation at all. The 'power lines' aren't there to hurt anyone, and in fact do much good, but if you don't treat them with respect, they can potentially cause you harm. And while rare, from time to time those 'lines can come down' and cause harm, and need to be brought to attention and repaired. No system is perfect.

If some Mennonites or Amish don't like the negative dangers the power lines potentially pose, especially because they have no use for them, should we make the utility workers as well as the rest of the public pay for that, and/or maybe even tear down the lines and 'ban' them altogether?

This "shift" can be directly linked to increased communication capabilities. Everyone suddenly got their voices amplified. Both the bullies and the victims went into a screaming contest and the victims won because most people agree that bad things are bad. The bullies are still screaming and the other end of the spectrum tries its best to silence them with even louder screams. This screaming contest has become really popular so people try to outscream everyone for social credit. And since the endorphin rush of social gratification is quite addictive a lot of people took it too far and went into their own echo chambers for continuous screaming orgasms. And what do you do when you're already screaming the loudest and no bully is in sight? You just invent bullies so you have more fuel to scream about.

This wouldn't be such a big issue if world wide governments hadn't stepped up and chose sides in the screaming wars. Now with politically endorsed screaming it gets even more addictive while also having massive power on its side. So now it's spiraled out of control and will continue to do so until the next crash or until we all live in a perfect dystopia.

Political correctness isn't the problem. Certain rules are good when communicating politely and efficiently with others. The problem starts when you give every single person the right to decide what is and what isn't offensive, or even worse try to politically enforce certain offenses over others.

Really? The poem I remember from school was "Sticks and Stones may break my bones, but words can ALSO hurt me".