I don't think I'd compare Bloodborne to Ninja Gaiden when there are examples like other Souls games or Nioh to compare with. I think the upcoming Code Vein will be another one.

I'm not sure where I'd draw the line between cheap and obtuse when it comes to a boss' attack power/speed/hitboxes, but from my experience the main thing that stands out for me regarding bosses in these type of games (NiOh included) is not that they have an unusual amount of techniques you need to learn how to deal with. But rather that once you get hit, it hurts a lot more.

Though there was one mechanic I particularly disliked in Bloodborne, that lead to increasing the amount of time it took me to take down bosses. But it wasn't related to the boss itself.

Usually in games when I lose to a boss, I want to just go back and try again.
But in Bloodborne, once I ran out of Blood Vials, I had to farm the two nearest enemies next to my save point for more.
I found this to be a break in immersion, and a demotivating element. It lead to me turning off the game in instances where I normally would have ran back to the boss a few times instead.

In NiOh this was not an issue because even if you spend all your health potions, the game still gives you a minimum amount of free potions (which can increase if you upgrade the skill) when you revive. It's not a maximum of 9, but enough to give you a proper chance at getting to that phase of the boss where it starts using the moves you're having trouble with. Or even defeating it. But starting with 0 just doesn't feel right when the game is designed to let you carry 9.

The fact that you call it a "wannabe hack n' slash game" confuses me... as if it's supposed to even be in the same genre as Ninja Gaiden. The only thing they have in common is that they're both rather difficult games that can be overcome with trial and error... and you have swords I guess.

Don't think you can get very far in Bloodborne if you approach it as a hack n slash. You are supposed to learn how the enemies attack and moves, finding out when to you should attack or get out of the way.

I found Bloodborne to be really disappointing.  It seems like it is trying to be an action game using Dark Souls' mechanics.  Dark Souls' is an awesome RPG, but a terrible pure action game.  Then take all of the choices and freedom away from Dark Souls and you get Bloodborne. 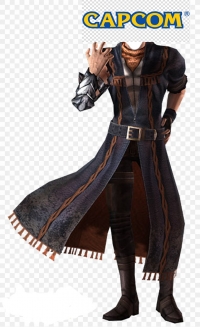 Can't really compare Bloodborne to Ninja Gaiden, my man. Nioh, sure, but not Ninja Gaiden.

Nioh is the better game, I agree. More content, more depth, more replay value... But, I must say, Nioh probably wouldn't exist in it's current state without the Soulsborne games. There's a heavy, heavy influence there. It borrowed so much from them; the stamina system, recollecting souls, certain gameplay mechanics...

Threads like this are why video games lead to violence.

What boss clapped you so hard you had to make this? lol

Pardon the late reply, i work nights, and this is the first time this morning that i have not been busy. Regarding the controls, they are undoubtedly responsive, theres certainly no problem on that front, but i'm going to have to hark back to the notion that i think the game plays well too slow. Some of the bosses are a lot of fun to fight yes, but i truly did not enjoy many of the "non-boss" enemies, travelling from A to B i constantly found myself running past the standard enemies simply because i could not be arsed to even fight them again for the 9000th time. Theres not a single enemy i run past when i play Nioh because of its super fast, razor sharp slick gameplay.  Regarding the name of the game, it wasn't my intention to spell its name wrong, i guess with been british, it just sounds like Bloodbourne to me as opposed to Bloodborne, no doubt when i finish judgment, if i comment about it, i will most likely more often than not refer to it as judgement I Appreciate the reply, and yes, it's all subjective, but for me Nioh is the superior game.

Bloodborne is by no stretch of the imagination a bad game, but having played Nioh, the only departments i give the win to bloodborne for are graphics for sure, and perhaps atmosphere.

Gameplay wise, again, i wanted to destroy every single enemy in every single mission on Nioh. In bloodbore i would see enemy "x" approaching again and think to myself..... fook this for a game of tiddlywinks, i aint fighting that bore for 3 minutes again.