At first glance, it would appear that Nintendo has successfully won the portable console market while Sony has 'most' of the (traditional) home console market therefore the console wars have reached a stalemate.

Going forward, which is more likely?

Will Sony abandon the power wars against MS and force devs to split software development between their established home console and a new portable? Could MS throw a curve ball and provide winning hardware and software in a market they're unaccustomed to.

Does Nintendo keep swallowing up the low end 3rd parties while slowly making their way up to the Fortnites, FIFAS, Call of Dutys and GTAs?

- The newest megahits have and will be able to run on a smartphone. Minecraft, Fortnite, PUBG, Pokemon Go, Wii Sports. This guarantees Switch compatibility.

- Low end graphics allows for more gameplay possibilities. The odds that the next megahit will require high end graphics/power are slim.

- Nobody can compete against Nintendo's first party portable and home console titles.

- Nintendo has a history of causing multiple paradigm shifts in regards to power.

In business, a huge shift in the marketplace usually happens from the bottom up rather than the top down. In gaming terms that means that handheld gaming is going to overtake home console gaming and not the other way around. Advantage Nintendo.

WiiU and 3DS were Nintendo's failed attempts at moving upstream from Wii.
3DS only had 3D because Sony and the rest of the movie industry were pushing it. Nintendo must have thought they'd struck gold when their R+D department told them they could do it portably and on the cheap.
The reason why Switch seems more like a proper sequel to Wii than WiiU is because it is. WiiU was a poor attempt at moving upstream and reclaiming the home console market whereas Switch is the perfect weapon. That's why it's so overpowered. I couldn't work out why Nintendo would use such powerful hardware and amazing graphics for a handheld but now it makes perfect sense when you consider what it was actually designed to do.

Imagine if you could hybridise top down and bottom up at the same time.

That being said, how Japanese devs act is also an important factor, as Sony has lost majority there VS the switch already.

I foresee Sony attempting to release a half-assed hybrid PlayStation, but then put no effort into making it appealing and just pretending it never happened at some point. Microsoft will eventually leave the hardware space entirely.

I think the stalemate thing makes sense going forward for awhile. I have a feeling, especially with Google now entering the market, all 4 companies have and will need to continue to emphasis a certain niche in the gaming market to coexist in an otherwise crowded market.

I think Nintendo stays mainly with the portable/mobile market (that also happens to work somewhat as a home console). Sony keeps the straight-up home console market for your TV/living room, MS further emphasizes Windows/PC gaming (they are already melding the Xbox and PC gaming lines), and Google utilizes the streaming service on multiple mobile devices.

Not that there isn't or won't be more crossover in the future - but these are the niches I think each company with excel in as their main focus and will act as their main turf so to speak.

As far as what will be most successful - I think there's a place for each type of gaming, but ultimately the handheld/mobile stuff is what things seem to be shifting to overall. And I think eventually MS and Sony will shift more in that direction when this has been shown to be the most successful model going forward. 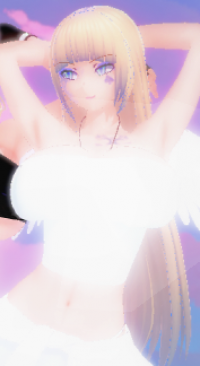 If this happens and Disney/Google/Apple/any other megacorp from the US does not get broken up, I will give up on the US entirely. They'd only be good at producing monopolies.

I still rue the day the DOJ and EU get royally pissed at most companies and start ordering divestment of the companies and setting a market cap at around $700B for all companies.

My opinion: you're too biased. Pretty sure you're well aware of that, and it's fully intentional, though...