Strategy series Total War is now almost 20 years old, and back in May the latest entry - Three Kingdoms - was released. That should be enough time for most fans to know how they feel about it. So for this week's poll of the week I thought I'd find out which Total War series is VGC's overall favourite.

I have played the vast majority of them. Medieval 2 was, in my opinion, the best ever released in proportion to the time it came out. I really hope they make a 3rd one with an even more complex religious/assassin system. Politics and religion are a lot of fun in the medieval series, in particular.

As for modern ones, nothing beats Warhammer 1/2. They have changed quite a bit, but in a mostly amazing way.

Given that Medieval 2 Total War is the best in the series and Medieval 2 also has the best unofficial Total War with the total conversion Third Age Total War - also the best LOTR game ever made - Medieval is the only objectively correct answer.

Tough call between Rome and Medieval. I feel they butchered the last Rome with how Attributes are attributed (you can choose them yourself, which should absolutely not be the case), but with Total Realism and Babaorum mods for the very first one pushing it to first spot for me. 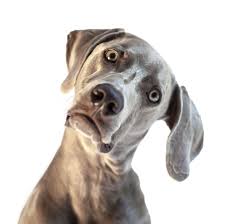 Haaa. Big Total War fan base here on VGC judging by the votes. I watched a friend play one on his PC around 2008 for about 10 minutes. It looked very cool to be sure, but that's my total experience with the series.

Loved Empire, Rome 1 and 2 and Medieval 2. Didn’t really care for Napoleon for some reason and have only played Shogun 2 for like five minutes. I was interested in Three Kingdoms, looks good, but I don’t think I’ll ever have the time. As far as expansions go I loved Alexander, liked Barbarian Invasion but didn’t care for Kingdoms. Haven’t played any of the other games’ expansions.

Anyway it’s tough; I probably played Empire the most, but had the most fun with Rome 1, and think Medieval 2 is probably the most well-rounded, solid entry.

The fun part is the most important though, so I’ll give this to Rome. Still hoping for a Medieval 3.

Between Medieval and Warhammer for me.

I probably enjoyed Medieval more at the time than I do Warhammer now, but it is pretty dated now. We really need a Medieval 3 ASAP!