Ubisoft has released its first-quarter financial report for FY2019 - 2020, and its performance has been better than expected. Part of this success comes from the PC, which has overtaken the PlayStation 4 as the company’s most profitable platform.

As far as I know the only Unisoft game that launched during this period is Anno 1800, a pc exclusive game. So this makes sense. It is the best Anno game imo.

Still only just beat PS4. 34% for pc Vs 31% for PS4. Shows how important consoles are for these big AAA publishers.

Anno 1800 probably contributed towards that (ei. PC profits > PS4 ones).

PC exclusives, what do you expect?

I thought PC gaming was dying like 10 years ago???

Well, Anno probably had not too much to do with it, since it lacks in microtransactions. But that is exactly what drove the sales apparently: "Higher-than-expected performance,led notably by Assassin’s Creed®Odyssey,Rainbow Six®Siege, and Player Recurring Investment". Especially Rainbow  Six Siege is notable, as it has now the highest player it ever had, 4 years after launch.

They specifically state Anno is the reason.

" They attributed the PC surge primarily to the strength of the strategy game Anno 1800.

"The 34 percent was pushed by Anno, which is a PC-specific game, but even with that launch, we had a very good performance on PC overall," Ubisoft CEO Yves Guillemot said during an investors call."

I remember the dark years with 4 to 9 percent: 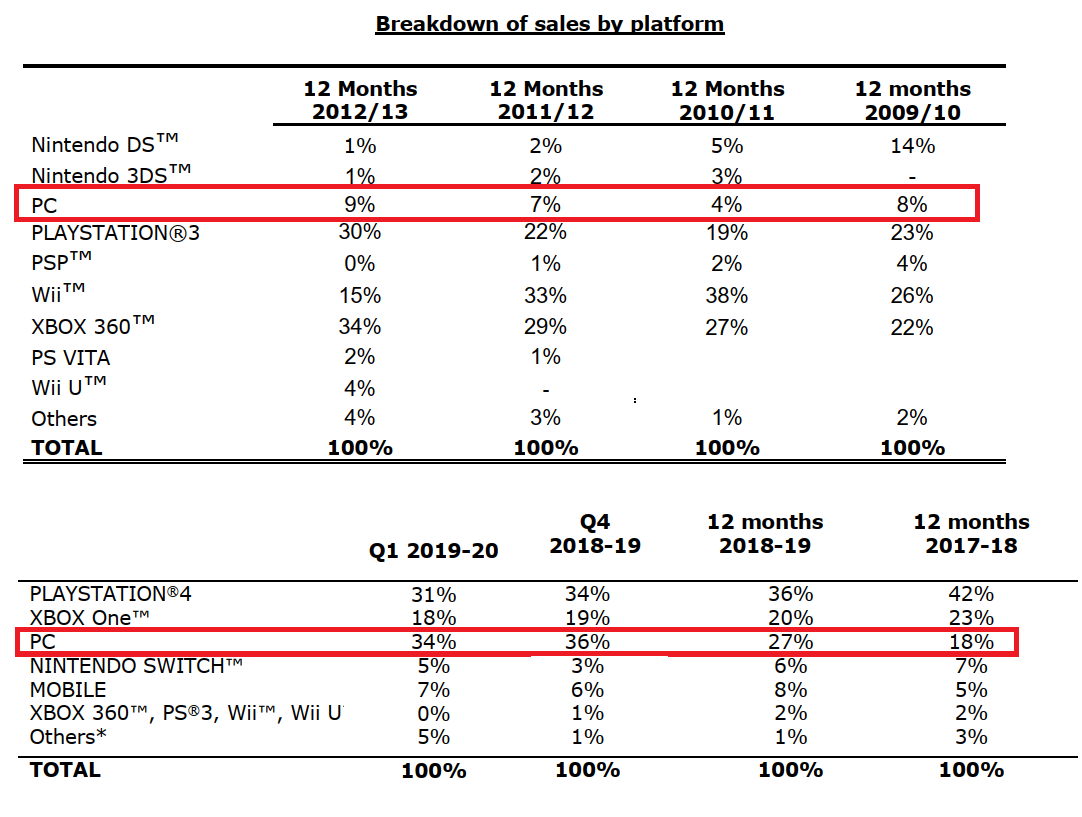