TheMisterManGuy on 17 July 2019
When it comes to PC gaming, the Microsoft Corporation utterly dominated with its Windows Operating System being the primary choice for PC gamers, and Microsoft optimized it over the years to make PC more and more conducive to games with things like Direct X. When it comes to actually producing games, the company had less experience. Microsoft had published a few titles on PC before, most notably the Microsoft Flight Simulator and Age of Empires series, but by and large, gaming on Windows was carried by other companies. So when Microsoft began work on its first home gaming platform, the original Xbox, First party games needed to be a bigger priority in the company's business model. They acquired Bungie in 2000 to nab exclusive dibs on Halo, founded Microsoft Game Studios in 2002 to handle their publishing business, and with the Original Xbox, they basically threw a bunch of shit at the wall to see if anything landed. Because Microsoft was very new to console gaming, they basically had to start from scratch to give the Xbox an identity. This resulted in what is arguably one of the most unique and diverse First Party lineups of any Gaming platform, especially from that generation.

Aside from the Sleeper Hit Shooter, Halo. The Xbox Launch also brought Fusion Frenzy, sort of the Xbox's answer to Mario Party. A Party game that scraps the Board Game concept altogether, and just gives you the party games. 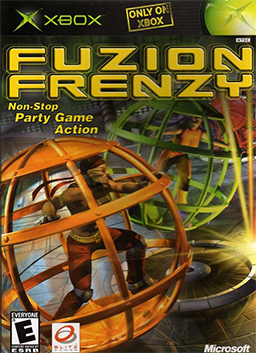 A year later, Blinx the Time Sweeper swept onto the console. Developed by Japanese Studo, Artoon, It was Microsoft's attempt to create an actual Mascot for the Xbox to rival Nintendo's Mario or Sony's Ratchet and Clank. While it failed to achieve the results Microsoft wanted, it still gave us a really unique, if a bit flawed 3D Platformer, centered around Time Manipulation. 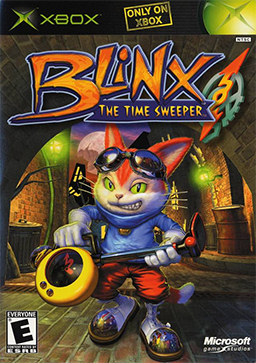 Microsoft ended up publishing quite a few Japanese developed games on the Original Xbox. Aside from Blinx, there was N.U.D.E., or Natural Ultimate Digital Experiment. Unlike other First party games, this one was a Japan only release. It was a bizarre Virtual Pet/Simulation/Thingamajig that utilized the Xbox Live Headset to communicate with an take care of a Robot female assistant using Voice commands. The fact it was Japan only was even stranger, considering the Xbox's general unpopularity in the region. 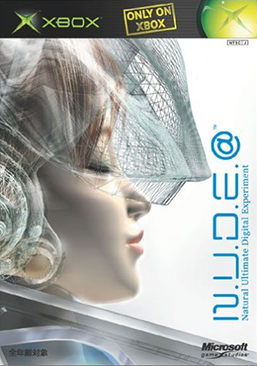 Speaking of Xbox Live, one of the earliest titles to launch with the service was Wacked!. A third person death-match combat game with a Game Show motif. With Strange characters, and even stranger gameplay that changed themes on a whim very often. 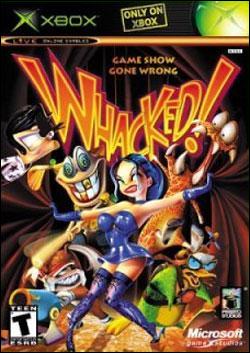 After Microsoft acquired the British studio Rareware in 2002 from Nintendo, Grabbed By the Ghoulies was released as an Xbox Exclusive. A cell-shaded beat em' up with a similar comedic spooky tone as Nintendo's Luigi's Mansion. The main gimmick was that you needed to use the environment to beat the bad guys. It's often considered one of the few decent titles Rare developed under Microsoft. 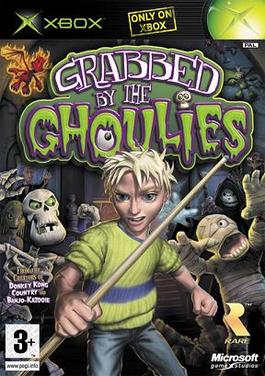 Kung Fu Chaos was a 3D Party Fighter developed by Just Add Monsters, which later became Ninja Theory, which was ultimately acquired by Microsoft in 2018. It's one of the most notable First party games when people talk about the original Xbox. In a way, it's a spiritual predecessor to Ninja Theory's upcoming Bleeding Edge. 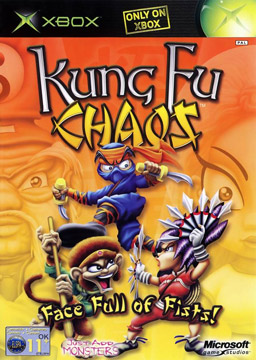 Finally, There's Voodo Vince, another attempt by Microsoft to find a mascot for the Xbox. A 3D Platformer that revolved around a Voodo Doll coming to life and mutilating itself to beat his enemies. Fun fact, this is actually Xbox Head Phil Spencer's Favorite game on the system. 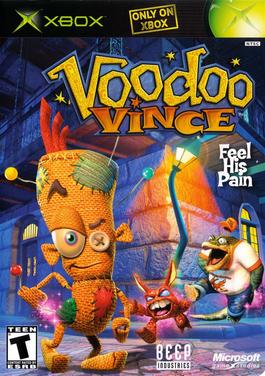 That's just a sample of what Microsoft was up to on the original Xbox. Microsoft ultimately dropped most of its experimental focus for the Xbox's successor, the Xbox 360, focusing more on producing gritty shooters and Action games like Halo and Gears of War. With Microsoft Struggling to release compelling first party titles on the Xbox One, it's easy to look back at just how experimental and ambitious the company was on its first console. You had lots of Platformers, Party games, Fighters, Shooters, Action titles, and really weird and unique games come from them. I'd say it rivals the Dreamcast and Nintendo DS in terms of weird and unique first party support.

It was an ambiguous debut. One that, in retrospect, makes me appreciate Microsofts approach. They really put their money where their mouth is.
It was the eccentric lineup of games to begin with and the way they were so hands on with peripherals. The whole redesign of their controller was, to me proof of their dedication to gaming.
I still believe, out of all 3, they will be the last standing. I think their overall receptiveness is their biggest strength and the reason for the gaming divisions longevity.

At first, I thought you were referring to the Xbox One. We all know the lack of true exclusives. But no, the OG Xbox was definitely unique.

It's wild that Microsoft are still sitting on a mountain of these franchises and not doing much with them outside of a few things like some remasters (Voodoo Vince, Phantom Dust). They're doing a better job, but I'd love to see them bring back more original Xbox IP like Crimson Skies. The fact that they've brought back stuff like Age of Empires, Battletoads, Microsoft Flight Simulator, etc just recently gives me hope that they'll continue going back to their older IP's and to this type of diversity and experimentation like you said. So maybe next gen.

I had a PS2 and a GameCube that gen but I did look at the original Xbox with a jealous eye. A lot of those games were critical failures but there was quite a bit I wish I could have gotten my hands on at the time. The og Xbox really earned its place in the industry.

The games that grabbed me from the original Xbox were obviously the halo games. However, I also discovered BioWare on the Xbox with kotor. Discovered Bethesda with morrowind. My two favorite studios to this day. Stubbs the zombie was also an incredible game, I have no idea why it never got a follow up. Armed and dangerous was highly entertaining. Of course fable was born on the original Xbox as well. Really, the original Xbox shaped my gaming tastes more than any system before it.

Of course... all the games mentioned in the op were pretty much crap though... there is a reason they didn’t turn into franchises...

I don't think any of these are bad games, most of them got decent reviews... It's just that compared to what Nintendo and Sony Computer Entertainment were releasing at the time, they were seen as weak. Really, only Halo was able to carry the Xbox First-Party wise. But we should appreciate the amount of bizzare, weird, if sometimes average games that Microsoft took in. They were a newcomer at the time, so they had nothing to loose, might as well take anything you can get.

I don't think I had read this much positivity surrounding Xbox all decade.

Out of curiosity, can you list the GameCube and PS2 1st party games? I skipped the OG Xbox as none of those games interested me however Nintendo and Sony weren't that much better.. well except the traditional Nintendo IP and 3rd party game for Sony.

Sony's output on the PS2 was some of the system's best games.

* Shadow of the Colosus

Among other niche, lesser known titles like Siren. Even Nintendo was generally putting out critically acclaimed games then, divisive or not.

Aside from Halo, not many of Microsoft's games on the Xbox were outright bad, but not many were super amazing either. Really the Xbox lived and survived based on Halo and third party exclusives. Anything non-Halo Microsoft was publishing was simply a bonus.