Forums - Nintendo Discussion - Switch Lite is a side product, when will Switch Pro arrive?

It's official, Nintendo Switch Lite is real, and is coming in September. In the reveal video, Nintendo made it clear that it's not a replacement for the main Nintendo Switch system, rather its a niche product for those who want a strictly handheld only experience. Since the main Switch form factor's not going anywhere, that means the Switch Pro is more than likely real as well. As such, when can we expect it? IMO, next year is when we'll see a Switch Pro arrive, alongside BotW 2. Plus, more Labo Kits, and another Super Mario Party to let people know that Nintendo isn't abandoning the Joy-Con or the hybrid design of the main Switch. I was skeptical of Nintendo introducing a handheld only Switch as I felt it'd be an admission by them that the Switch concept wasn't good, signalling a lack of confidence in their own products. But that said, they did a good job keeping the 2DS and main 3DS systems in the spotlight together for most of the 3DS' life, so if they can have the main Switch form factor, and Switch Lite co-existing, then I think the Switch will be fine.

I still want to see Nintendo do more with the Joy-Con, so I'm more interested in seeing the Switch Pro in the future.

I'm not convinced a Pro is coming. The "Pro" 3DS came out and was never really leveraged.

I wouldn't say that. There just weren't a lot of exclusive games for the New 3DS. But, there were plenty of games that offered improved performance and controls on it though. Poochy and Yoshi's Wooly World is an example, it's 60fps on New 3DS, while its 30 on Vanilla models. I think A Switch Pro is going to be more like the Xbox One X or PS4 Pro, where there won't be exclusives, but there will be improved frame-rates and resolutions on supported titles.

Aren't most 1st party titles already 60 fps? I could see maybe a resolution bump from 720p to 1080p. Either way I think any upgrade will be very minimal and those expecting a jump will be disappointed.

The very same rumor that talked about the Lite stated that there's no Pro coming, but only a modest upgrade. Also, the Lite is not a niche product. There were 90m handheld consoles sold last generation (3DS and Vita combined), so there's a large market.

Then you say more Labo and I can only assume that you have another one of your bad days as far as your threads are concerned.

I think a Switch XL is much more likely than any big mid-gen upgrade. I also think a smaller portable able to easily fit in one's pocket will eventually release as well.

Nintendo said Labo will continue to be supported. It's done well enough for them to keep marketing it.

2. If they said that recently, support can mean as little as adding a VR mode to one more existing title.

Well now with the Switch branding being just that, branding, and not an explanation for what the hardware can physically do, with a dedicated Switch handheld soon to launch, and rumors of an upgraded Switch on the way, could we see a dedicated Switch home console that resembles an Nvidia Shield? 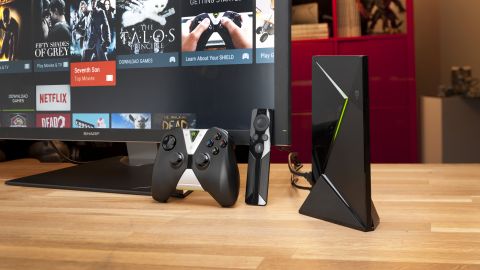