Forums - Nintendo Discussion - Why did Pokemon even jump to 3D?

So I've been thinking about the debacle that is the Sword & Shield lack of a National Dex. Looking at Game Freak's record in the past couple of years, it seems that from X/Y, GF has been pumping out Pokemon games almost yearly: X/Y in 2013, ORAS in 2014, SunMoon in 2016, USUM in 2017, Let's Go P/E in 2018, and Sw/Sh in 2019. And with their refusal to either reduce their output, focus on a product at a time (why are they doing Town alongside Pokemon, and not after??), increase their workforce or just delay the game, it seems that the series is going to go through a quick process of annualization that will affect its quality considerably. And while I do think that this mostly due to GF and The Pokemon Company's change of priorities towards the mobile market (Pokemon Go earned wayyyyy more money that any singular pokemon game, or even whole generation, ever did), I also would like to point out another possible problem that might have been hurting the series: its jump to 3D.

Now before saying anything, let me clarify that I mean the mainline title's jump. The series is in 3D since the N64, but after XY, the main series became a 3D game. And considering this jump was made decades after Super Mario 64 and Zelda Ocarina of Time, this should have been fine. And for the most part it was, but it also came alongside major corner cuts: many, many features of the previous games would either be replaced for inferior versions, or just outright taken out. XY were considered mediocre pokemon games after the huge acclaim of Black/White, Sun and Moon were even less well regarded (and USUM were practically carbon copies of those, making them the most pointless of the 3rd version out there), while Let's Go were another Kanto retread that was accepted by most people as just the apetizer before Sword/Shield. And then we heard the news. Sword Shield is going to represent the biggest example of this corner cutting, not only taking features from the previous gens, but also taking battle modes and even Pokemon themselves. I don't think this is a coincidence. The 2D style, while limiting in some ways, allowed a lot of flexibility to add more stuff. It was easier to design the world, characters, interactions, movements, enviromental effects... all while keeping a decent artstyle. Considering sprite-based games like Octopath Traveller look gorgeous, the artistic integrity and the presentation aren't necessarily affected for being 2D, while many elements of the current 3D pokemon games seem underdeveloped. Again, I don't think this is the main issue, but I do think this is an issue.

What do you think? Do you think jumping into 3D was a mistake, or do you think this would have happened regardless or 2D/3D? And, if going back to 2D guaranteed the integrity of the National Dex, would you accept reverting to sprites?

They shifted to 3d with their first 3ds title. There's a connection there.

3D models *shouldn't* be a problem for keeping the National Dex, gamefreak are just ridiculously under prepared. Pokemon aren't complex shapes, a high poly models could have been created at any time in past 10 years, scaled down to work on the current console hardware, and still be usable for years to come. The same models could be used throughout dozens of games, so it's not like it wasn't worth the time investment, they just clearly didn't bother.

But even the X/Y models are good enough. 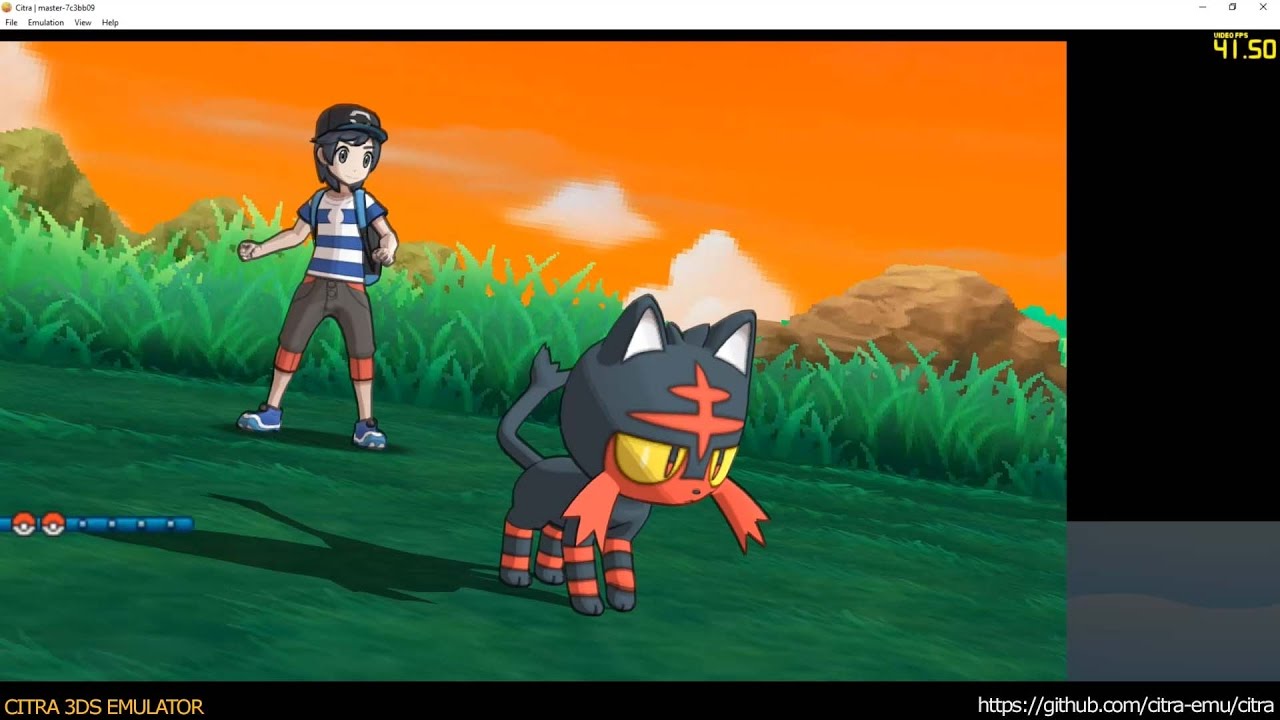 Is that model blocky? Can you see any triangles? No it's fine, the only thing that makes it look "last-gen" is the texture resolution and the games lighting.

They already have suitable models, even if they don't have models of a higher quality stored away (Which they should. Creating higher quality models than will actually be used in game is standard practice, you scale down the polygons/detail to work, you don't create the model at the exact detail you will use in game.) these models are good enough, even with the lowres 3ds textures they're still good enough, and I think pretty much everyone would prefer that they just used the models from x/y rather than just not put them in the game.

3D isn't a problem, and I do prefer it to 2d pokemon games tbh. I'm sure others like the sprites though.

If it's a choice between Sword & Shield being 2d and having all pokemon or Sword and Shield being 3d but having less pokemon, I'd still pick 3d.

I would be completely fine with 2D.
The move to 3D was decent, I personally enjoyed Y and specially Alpha Sapphire, it was nice playing an old gen in 3D.
Now Pikachu/Eevee... damn, you can't even battle wild pokemon!
After Pokemon Go the series is going completely downhill.
Sun and Moon weren't directly affected by it but were already pretty lame, and the Ultras basically the same.
Even the anime was greatly changed.
Now Sword/Shield with stuff like Dynamax and not letting you transfer all your pokebank stuff into it...
I'm playing Soul Silver right now and wondering how did such a great series has gone so wrong.
But hey, the money never stops coming, so how to expect anything to ever change back? The money says it's working this way.

I really miss sprites in Pokemon games, but I'm just a fanboy for games with sprites in them...

But i agree with the people saying that Game Freak seemed under prepared--they need a lot of help.

I lack the information to properly assess whether now was the time to cut the number of Pokémon, but 3D is almost certainly the culprit here. Even models themselves are probably a lot of work, but I doubt they're a real issue on their own just yet. Instead, I imagine animations are the main problem. Moving forward, it might be possible to add back the missing Pokémon and keep re-using the assets and animations, but handheld-quality models and especially animations were probably deemed insufficient for a TV-size experience. Once the models and animations have been done in HD quality, it might be possible to keep re-using existing work. For now though, this is what we're getting.

Moving on to the actual question, this will probably still be successful commercially. From that point of view, the jump to 3D wasn't a bad thing. It seems to have worked on 3DS, and in the case of Switch, people would probably have already expected 3D anyway. I don't see sticking with 2D as a viable choice for the new game. Well, it might have been, but it would have taken quite a different art style, one that would probably have been chosen a fairly long time ago. Judging by a quick look, even White 2 had a style whose natural successor was 3D, so here we are.

Personally, I don't mind 2D, but it takes some pretty good design to be able to make it work in a game like Pokémon in HD resolutions while still keeping the games interesting to play.

I really doubt the issue is 3D models.

Jumping to 3D is not the problem, they simply shouldve taken the time needed to for the 3Dmodels. We couldve waited. There are certain specific features that we've come to expect from certain games and the National Dex is a big one for the pokemon franchise.

Personally I lost some of the expectation I had for it until I see the actual oficial list of pokemon included.

People vastly underestimate how adding a few extra creatures increases their workload exponentially. Just try making an excel sheet to document every Pokemon's moves, stats, etc. Now try making an excel sheet keeping track of possible team combinations, movesets, etc. Suddenly adding new animations and features, becomes a herculean task. Oh, you'd like each Poke'mon to do a flourish animation after winning a battle? Ok then. Start animating a thousand creatures. Oh, you'd like a mode where you can pet your Poke'mon? Add 10,000 more animations because that mode requires each of the 1,000 monsters to have 10 different animations. What's that you'd like to introduce a new Dragon type move? Well, you'd better keep in mind that people can breed moves into Poke'mon that normally wouldn't have them. So you'd better do an excel sheet on that as well, and go about animating such things as Arcanine using Dragon Pulse.  Now, what if we make Poke'mon an open world, epic in the next few years? Well that's 100 new animations for each creature. Most games only have 100 character models, and you people are expecting a game with 1,000 character models, Mario Odyssey level graphics, Open World, etc. Sorry, but ti's just not gonna happen unless they cut Poke'mon now.

For anyone that thinks they know how much work game development takes, I suggest they try it for themselves. I've been part of four different game development class projects, and things are never as easy as you'd think.

Even if Gamefreak expanded they still wouldn't be able to make the Poke'mon game that everyone really wants, because a game like that would put even RDR2 to shame in terms of scale.

Just as there are one set of animations for human models in other games, each individual pokemon would not need to be animated by hand. They'd be split into groups for animations based on body shape.

These animations wouldn't be used in just one game either, they'd be used in every future pokemon game. From Mobile to Console, From Mystery Dungeon, Stadium, RPG, Let's Go and any other pokemon game.

This isn't workload to attribute to a single game, this is work that can be used in every pokemon game for years to come.

I can tell you've never rigged a 3D model before. It just doesn't work that way with non-human characters.

Every game is going to use every animation then? With the petting example, will every game use those animations? What if the next mystery dungeon needs animations for the Poke'mon inserting a key into a lock? Will those be used heavily in the other games?