Just Dance 2020 releases for the original Wii this November, seven years after the system's replacement. 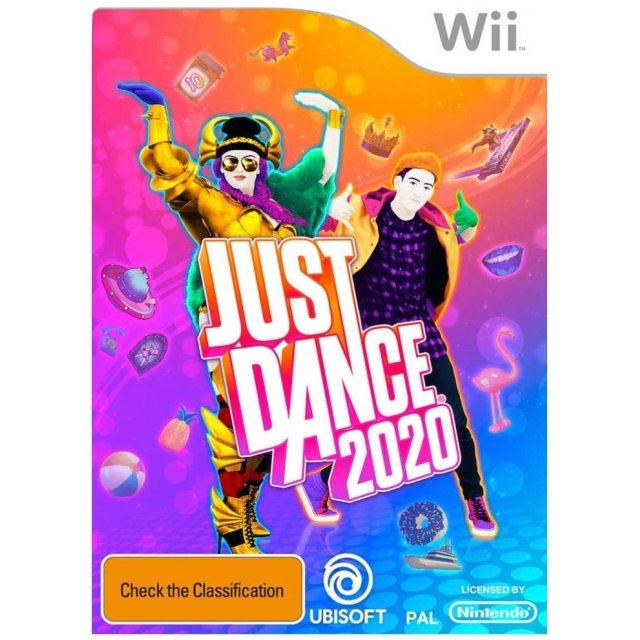 Funnily enough, it's skipping a generation, coming to Wii and Switch but no longer Wii U.

This entry marks the 10th annual release of the Just Dance series.

Despite no longer being the craze it was at its peak, (where Just Dance 3 topped 10 million on the Wii alone) the series still lives on; for example, it is used in hospitals to help patients with physical rehabilitation, exercise, and morale.

Ubisoft also states that "lot of our players are children and families who continue to play on Wii".

Well, Nintendo paid the price for turning their back on Wii gamers. If Ubisoft is smarter than you, then you know you've messed up big time.

How long was the PS2 supported with games? With the Wii, I thought it also was getting 12+ years of support

Right? I didn't buy all those damn Operation Rainfall games for Nintendo to abandon us. My poor Wii. Where is my Wii Fit 2?

It's so nuts to think the Wii is getting a new retail release after its online services have been canned and the hardware has been discontinued since 2017 (2013 in Japan and Europe I think).

I really would've thought the last Just Dance would be the last on Wii. But it's gotta be coming to the end. I wonder where retailers even put the Wii release? I'd imagine a lot of people get it from Amazon and Best Buy.

Although that did come out in 2013 and not the year on the box it does mean that the ps2 was also getting games still 13 years after launch, I mean... if there is money to be made a company will always consider a port regardless of the lack of power in the old hardware, it doesn't matter for stuff like football and dancing games, those don't take any more cpu or AI power than they did 20 years ago, I guess you just forego the ability to sell lootboxs in those legacy versions of games as old hardware often has had the online stores removed, so they won't be selling new dlc songs on the Wii version of that dance title.

Keep in mind as well, it's not like Nintendo isn't still making bank on the Wii having been such a giant success for them.

I heard this is the last Just Dance game for the Wii?

Maybe, but there's been no confirmation of that.