Rewatch the teaser. Starting at 0:39 you see the following in the top right corner: 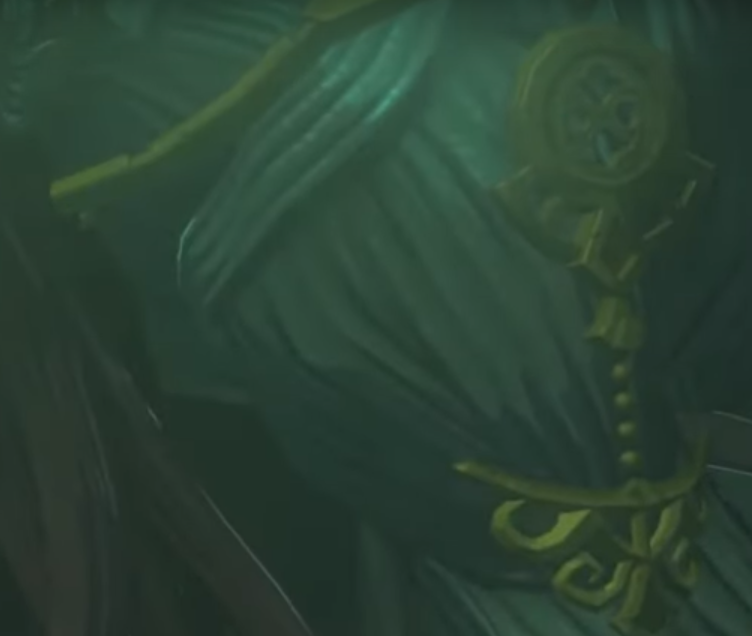 That is unmistakably the Face of Majora on this artifact. Slightly different shape than the Mask, but undeniably designed to be similar.

In the next two cuts, you see more evidence in the pedestal and other jewelry: 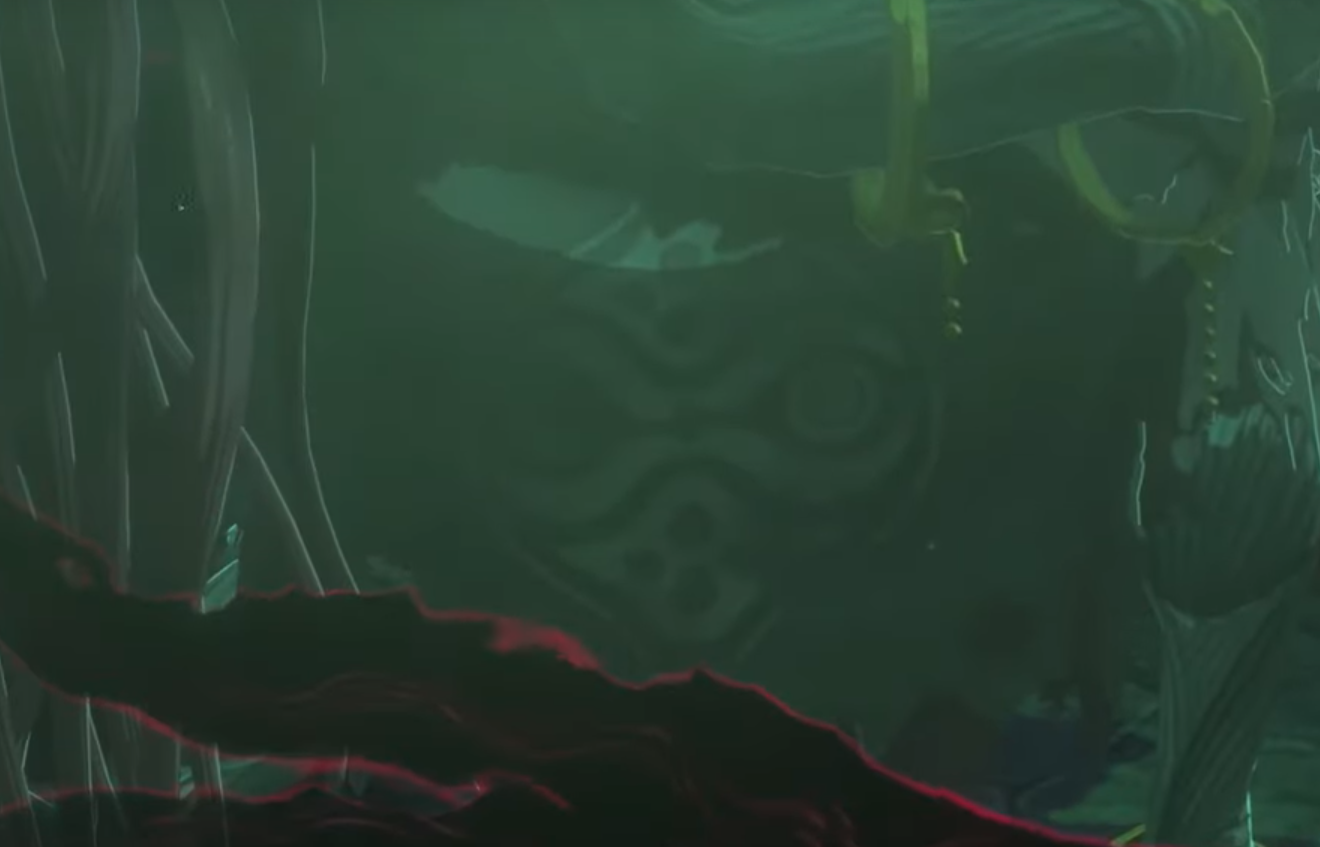 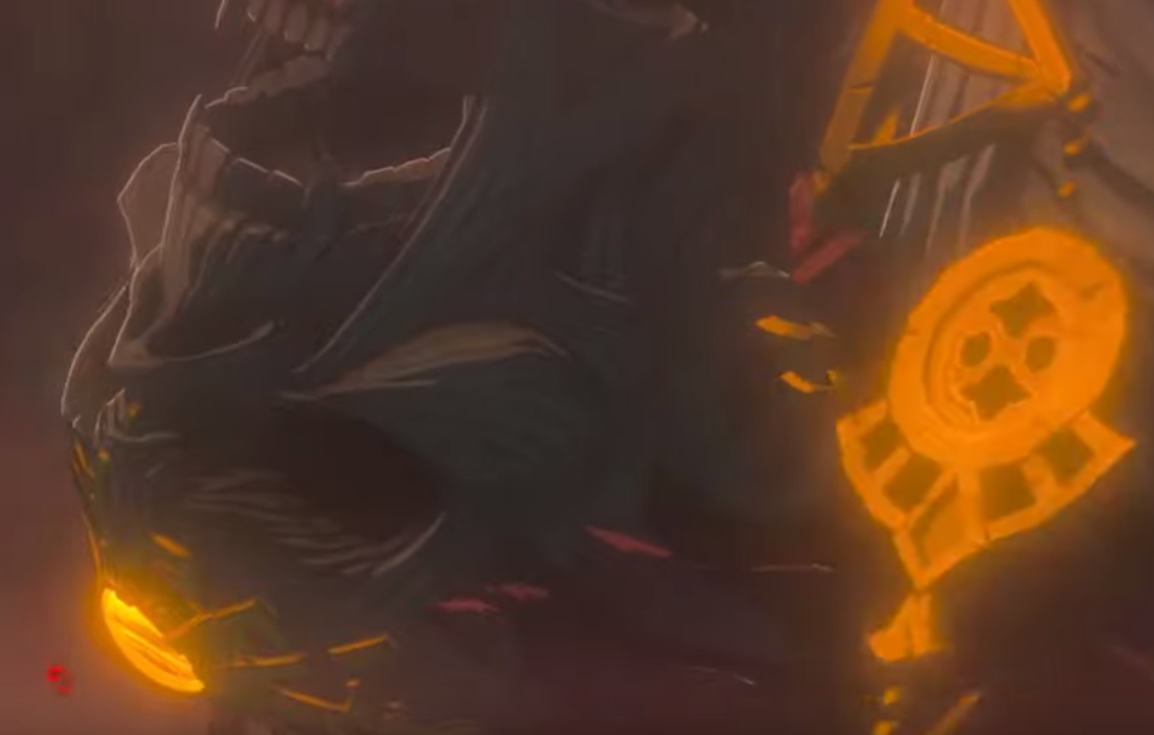 Finally, the last cut of the body, where the eyes glow, gives you (1) a better look at the necklace/earring/pendant, and (2) seems IMO very reminiscent of the Moon's eyes in Majora's Mask. 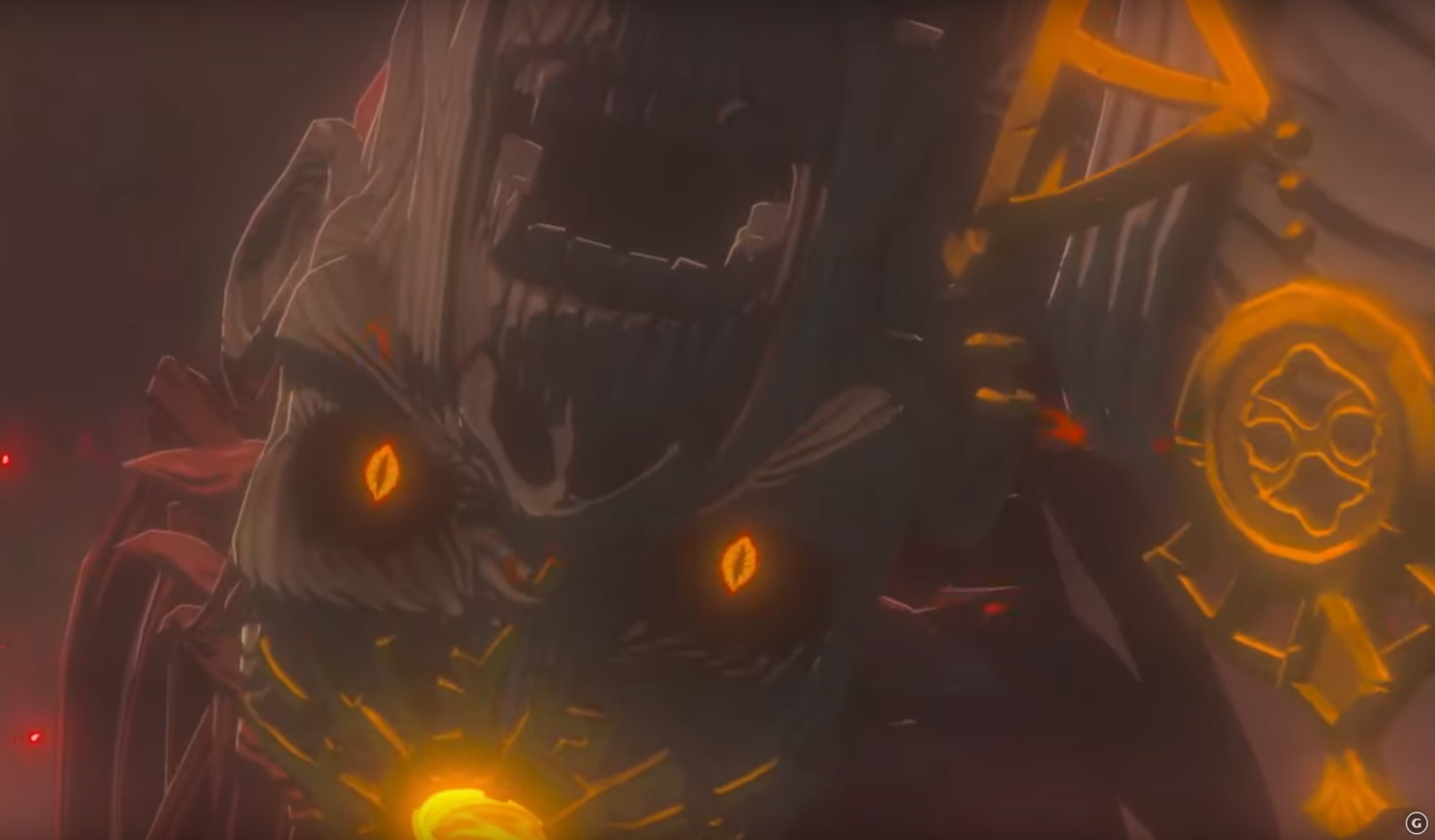 Could this body be Majora himself?

I was already hyped at just getting BotW 2 announced but now that I've realized it possibly directly parallels Majora's Mask, I'm hyped more than ever!

Edit: As I've been proven less knowledgeable about Zelda than some others here, it's been pointed out that the face seen here is the Crest of the Gerudo. This could still be connected to Majora - it's possible that he/she was a member of the Gerudo tribe, after all - but I'm currently more inclined to believe now that this may be the body of Ganondorf.

We need more info and a release window. So hyped.

It's probably going to be after September that we next get details on it, but if I had to guess, based on the material they had to present today + the timeline we've got right now + the Zelda-related job posting from Monolith a couple months ago, I think we can expect a late 2020 to early 2021 goal date.

GameXplain will make a 3 hour video on this.

I've never completed Majora's Mask. Can't provide any insight regarding this speculation, but I really don't care either way. I'm so hyped. I really hope we get to traverse beneath Hyrule and through caverns and secret passageways. I'm very curious about Zelda's involvement in the game. A co-op Zelda experience would be amazing!

It could also be a Spirit Tracks sequel. Who knows.

The only part that's speculation is the precise identity of the body. The face logos we see throughout the video are, without a doubt, connected very strongly to Majora. 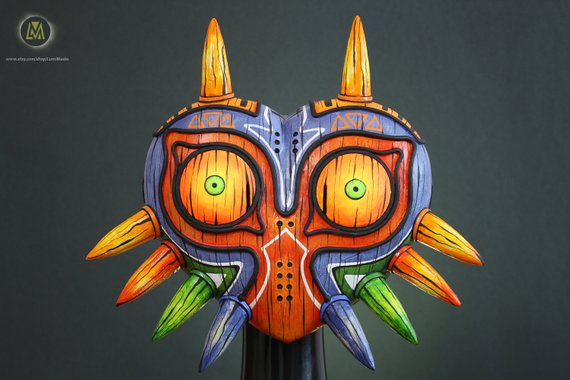 This pic is, of course, not from Majora's Mask, but the design is true to the game and shows crisply and clearly the detail. The design in the game is unmistakably reminiscent.

It may not be directly Majora-related - since it is slightly different in shape - but if it's not, it's at least tied to a cult of sorcerers or something that Majora was involved with. The creepy music, the atmosphere, and the hair on the corpse all are directly referencing Majora's Mask too, though. That teaser is chock full of clues that prove they're building off of Majora's Mask for this.

To what degree, though, will remain to be a mystery at least until next spring or summer, I think.

I do know one thing - I'm going to be digging out my 3DS and replaying MM3D before this comes out!

It's unmistakably calling back to Majora's Mask. Any argument otherwise is either ignorance or denial.

I see what you are saying but, I mean, the trailer is like half minute long. Let's wait and see on the specifics. The only thing I could possibly agree at the moment is that it will likely parallel what Majora's Mask was for Ocarina of Time - a darker, smaller, more story-driven sequel to the first game.

and hot damn this is exactly what I wanted

Well I always said the way BotW was reminiscent of OoT in a lot of ways, the sequel would be reminiscent of MM. Not sure how I feel about a literal MM2 though, hopefully they do something really unique with it like MM was at the time and not just bring back the mask and day/night mechanics.