For iOS and Android, a tactical JRPG gacha game in FFT's vein based on the Final Fantasy Brave Exvius world.

This game gives me a lot of FFT vibes, so I'm definitely going to try this out. 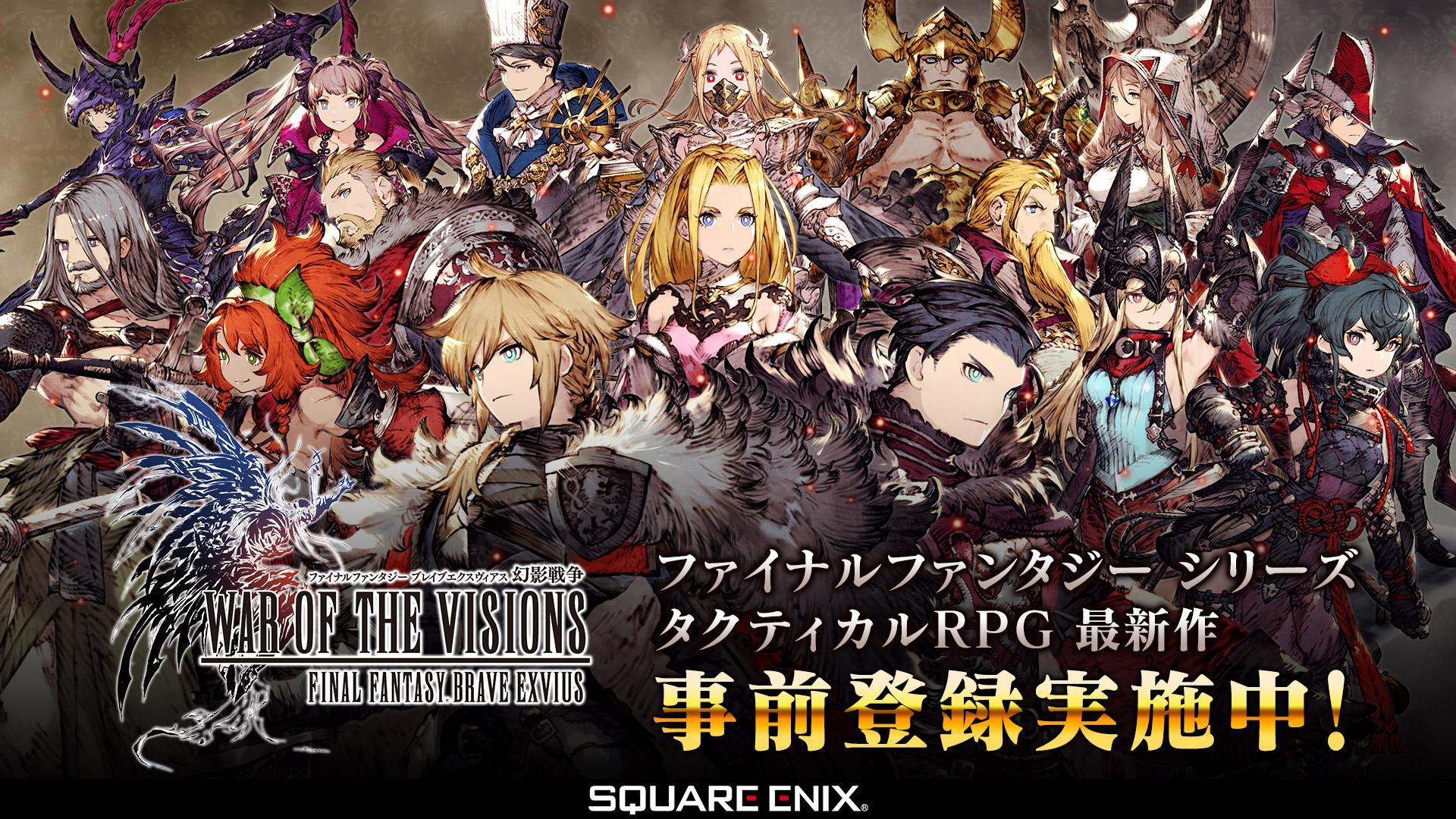 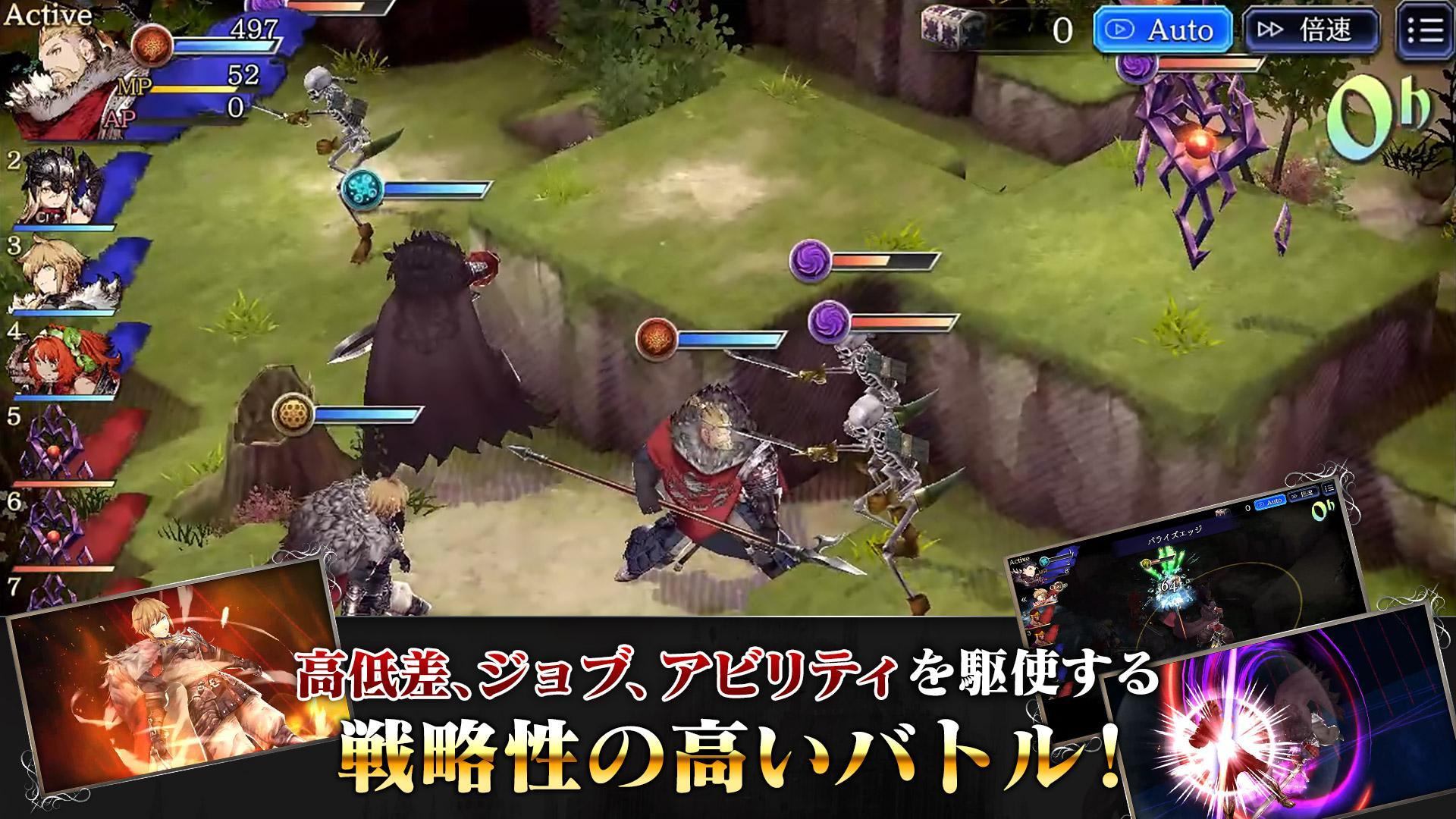 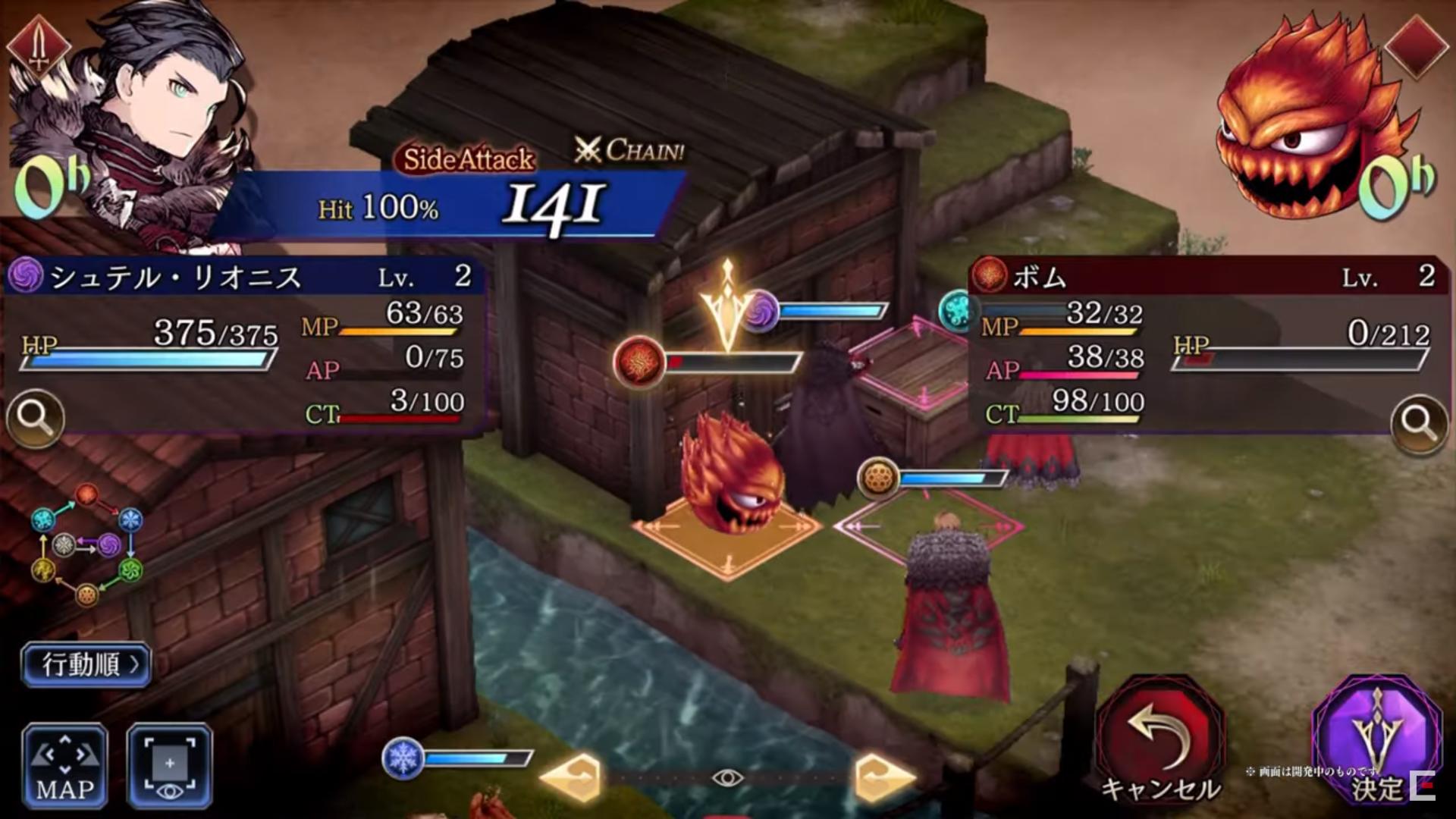 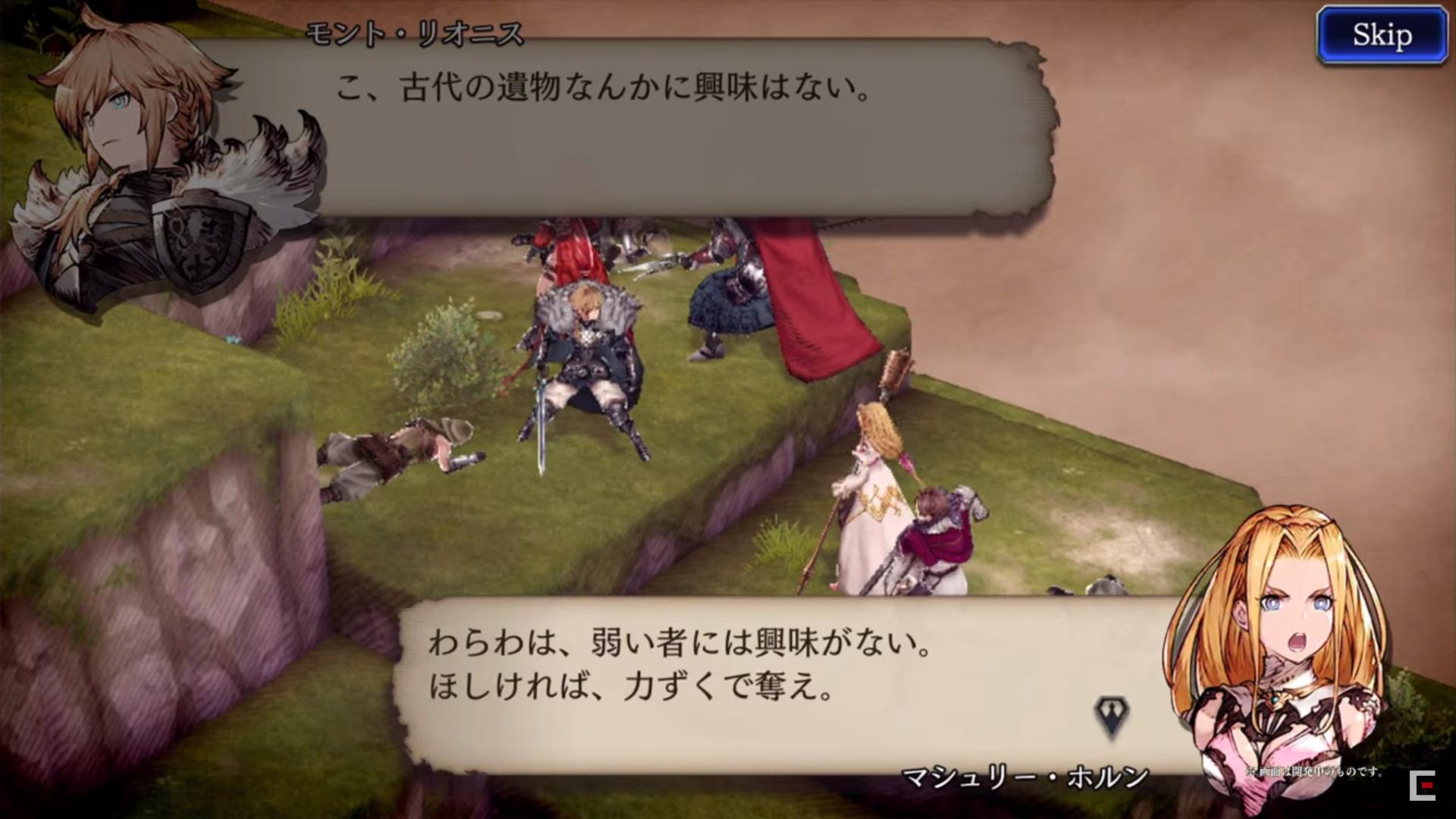 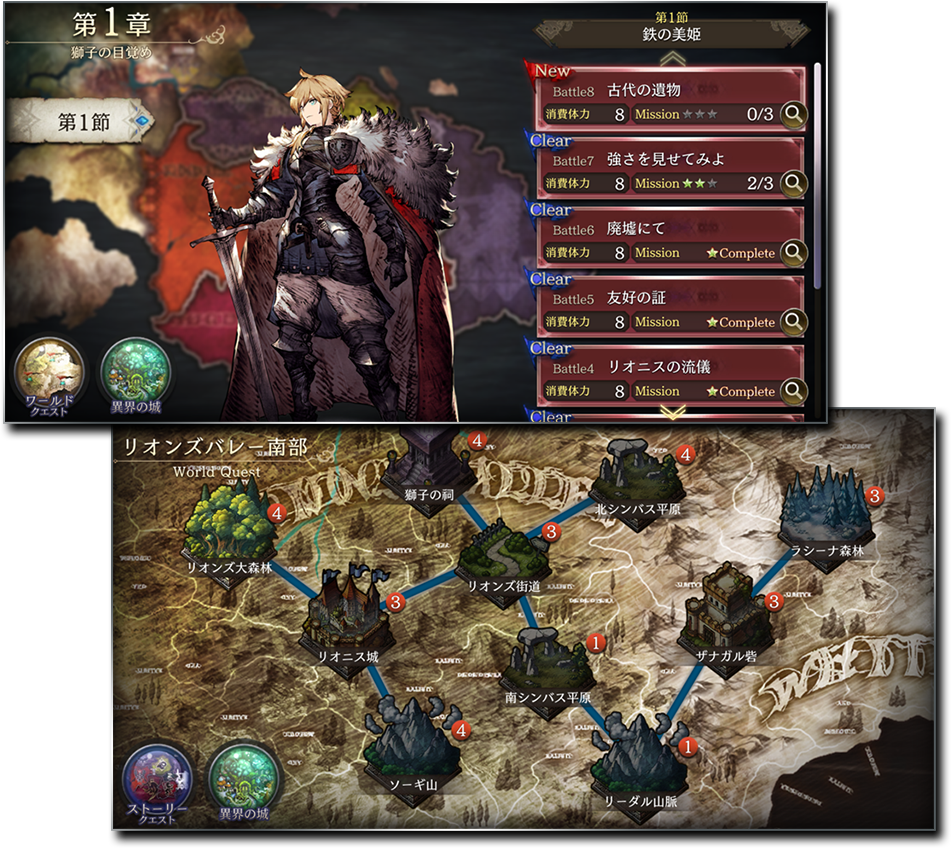 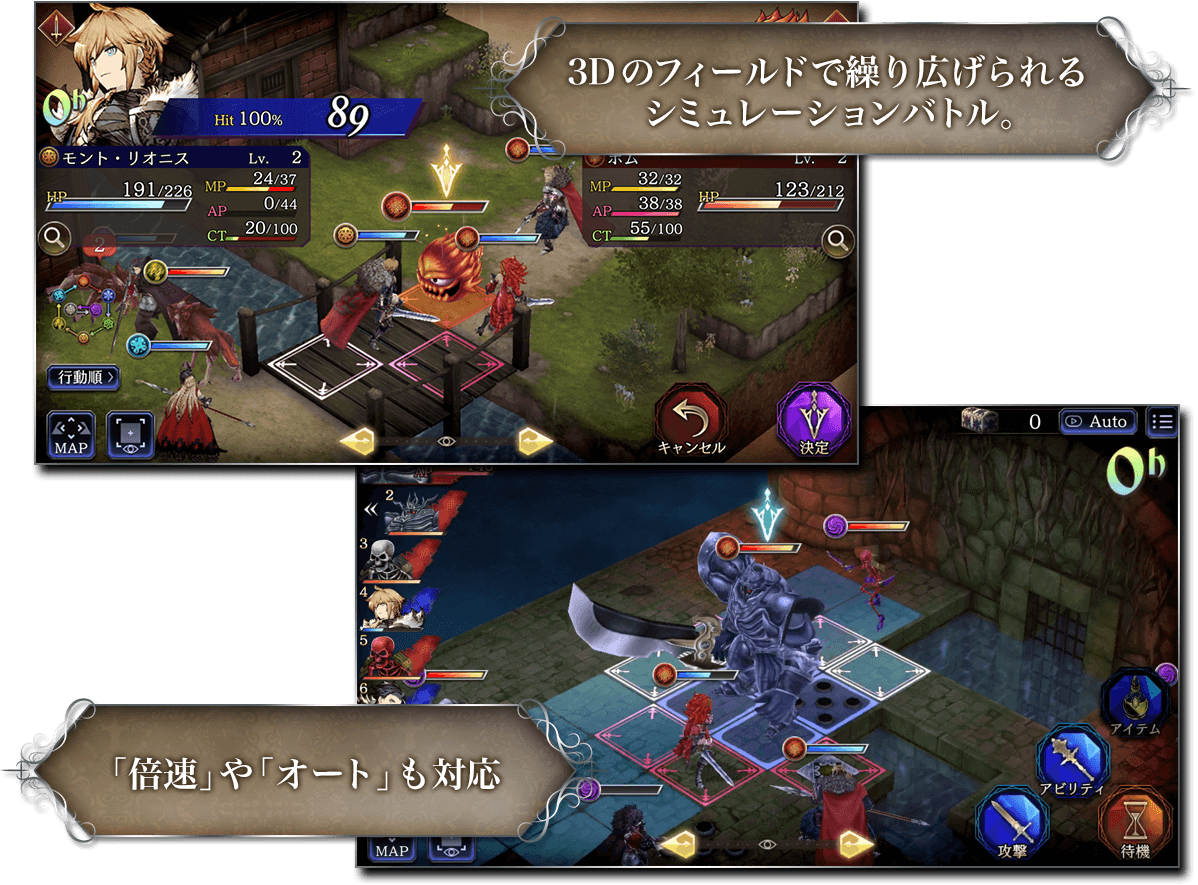 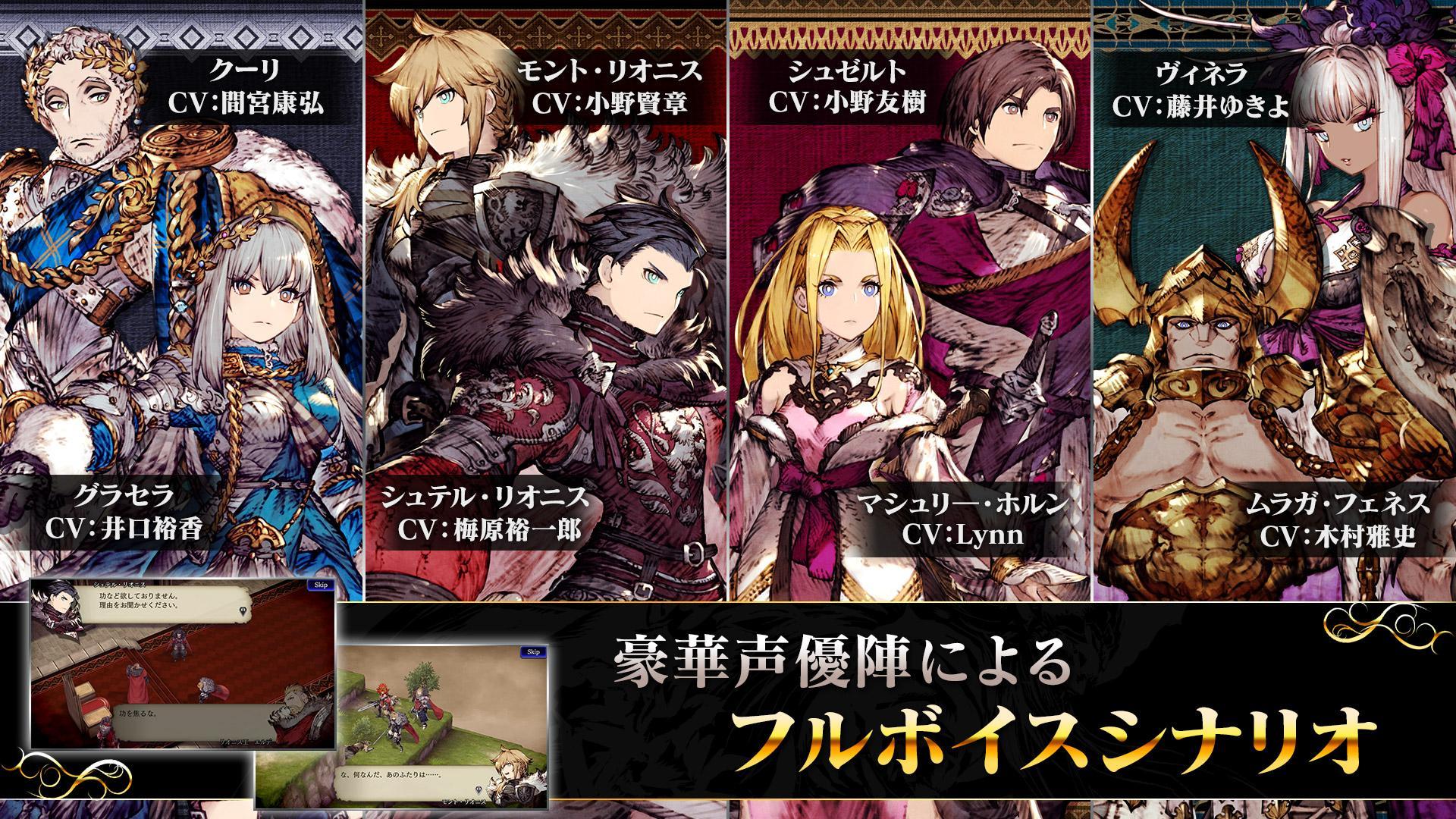 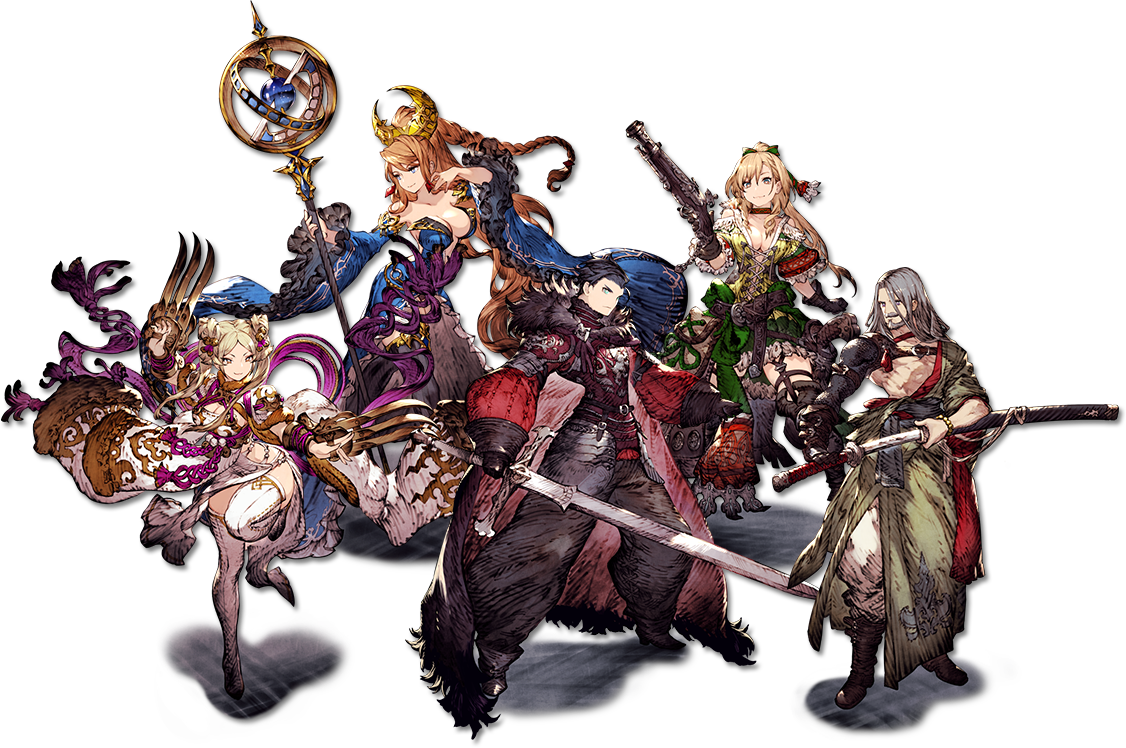 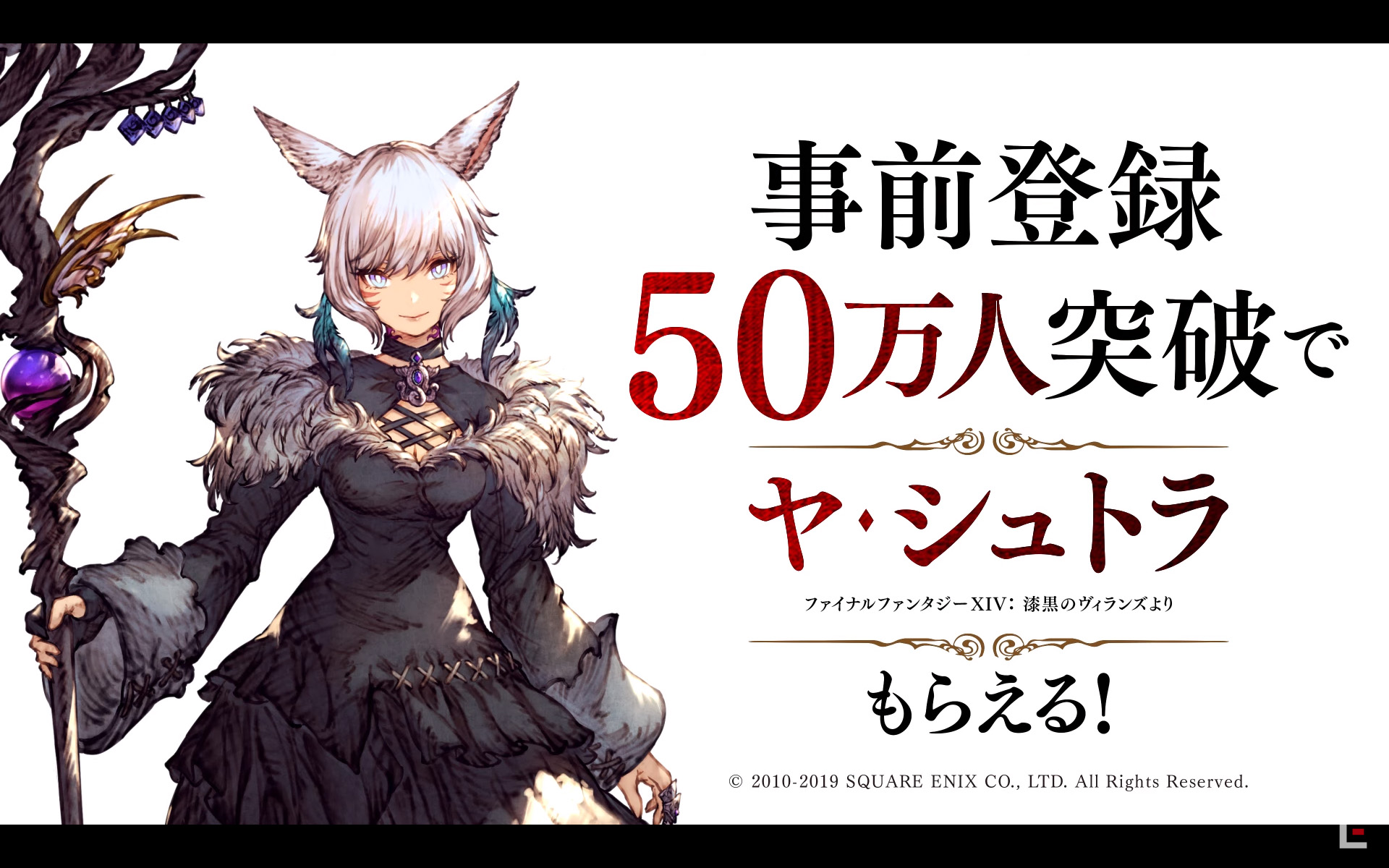 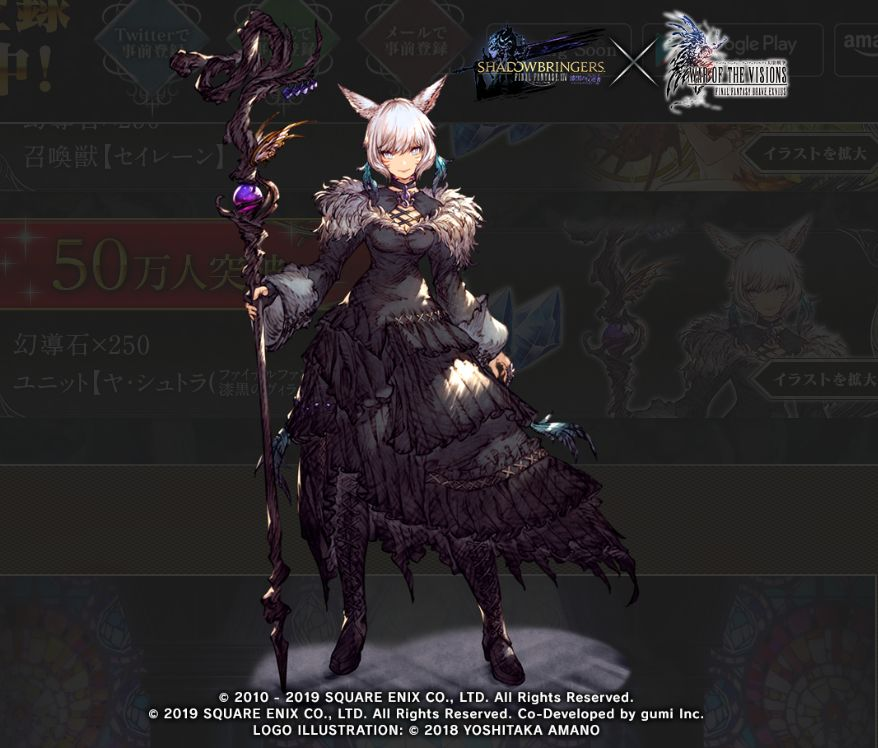 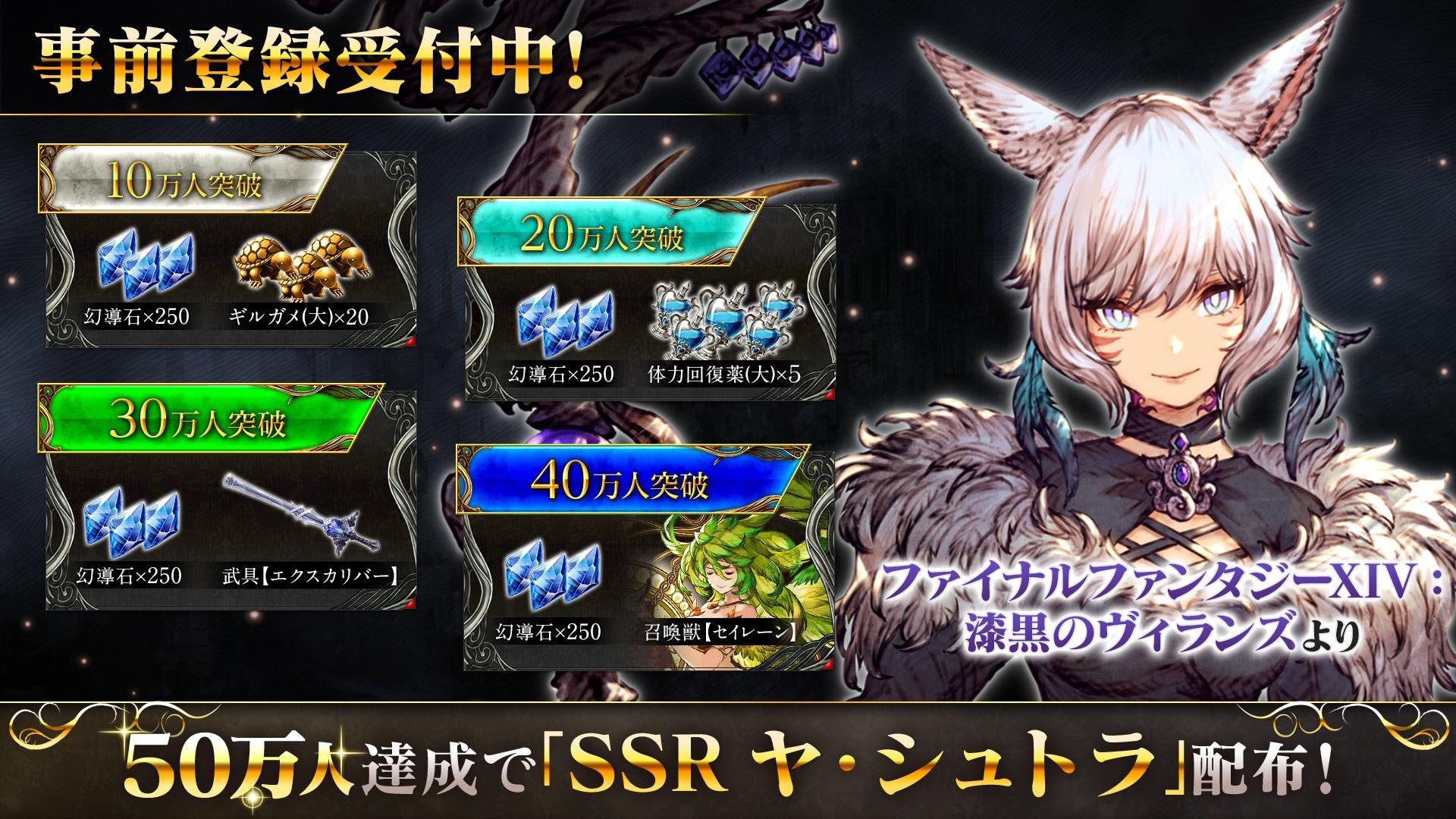 No word yet on an English release for this game, but given how their other Final Fantasy mobile games, including the original Brave Exvius, have gotten localized in the rest of the world, it's probably only a matter of time.

Would probably be cool but it looks like it's gonna be full of all the possible mobile game bullcrap muddying everything.

Well judging by the previous FFBE game, also from Gumi, it was basically just letting you acquire the high rarity characters more easily (if you use real money), and if you want to refresh the stamina gauge quicker (that limits how many missions you can do).

But I found it quite simple enough to acquire most of the characters I want by using in game currency, and I usually wouldn't want to refresh my stamina gauge if/when it ran out. Though even if it did, there were plenty of in game items you get for free on a daily basis that does that.

So yeah, if the tactical combat in this game is fun, hopefully the microtransaction stuff won't get in the way of the game being fun.

Bolded is already a complete deal breaker. It's the pinnacle of mobile bullshit. It doesn't matter if there is a good game under the bullshit if the bullshit constantly limits your enjoyment.

Right, but I was saying it wasn't constantly limiting my enjoyment ("and I usually wouldn't want to refresh my stamina gauge") for various reasons.
For one, there are multiple different kinds of missions to do that all have separate kinds of stamina bars. Quests, Raids, Arena/Colosseum, Weapon Upgrade tower, etc.
Between them, you can have quite a number of different things to do before you run out of stamina. And even when you do, they give out so many stamina refresh items that I have hundreds left over. And if you run out of those, you can use 'Lapis' which is the in game currency you can both earn in game, and purchase.
And even then, the game isn't designed to make you want to spend as much time with it in one sitting as a traditional game. For example, the story missions are usually rolled out every few weeks, because the writers are working on the story as the game evolves. So when you first start the game there's no way to experience the full story arc from start to finish, because it's not finished yet. And once it is, they start working on a new story arc. And they also add optional story events that accompany the characters they release in the gacha system, so you can get familiar with each of their stories.

For events where you are supposed to farm something, because there are a lot of different rewards to earn, it's something that can take time, and it involves repetition, so that's why I don't feel the need to refresh my stamina (not much at least) when doing those. In small increments here and there throughout the week (mainly while I do other things at work) feels fine for these type of missions, as it's just a grind and doesn't require strategy if you have a strong enough team. And if I completely finished it in one go, there may not be anything for me to do for the rest of the week.

There are other type of missions that require a lot of strategy and preparation. A single boss fight can easily last 30-40 mins.

But basically, aside from when I just started out FFBE, I usually feel like I'm able to play it as much as I want before my stamina runs out.
For the few times it doesn't, I have hundreds of stamina refresh items that I haven't even been trying to collect.

And if there are inconveniences, keep in mind that it's (probably) a free to play game, which is why I can't be upset with it.
One thing that sounds interesting to me about this game is that there seems to be co-op multiplayer missions. So that can be fun to do with friends.

But I do understand why this can be an issue for some people. Me included in other similar games. I'm just saying that as it turned out, it wasn't for me in FFBE specifically.

Brave exvious is great i Will play this day One for sure. Cant wait.

Dont listen to shit other say without playing this game too, i didnt spend a single centro and i always got the characters i want in the game. If you have a Brain and play Smart you get What you want. Sometimes you have bad luck but thats gatcha for you.