The series finished last Sunday in HBO but went pretty much under the radar with all the GoT discussion. 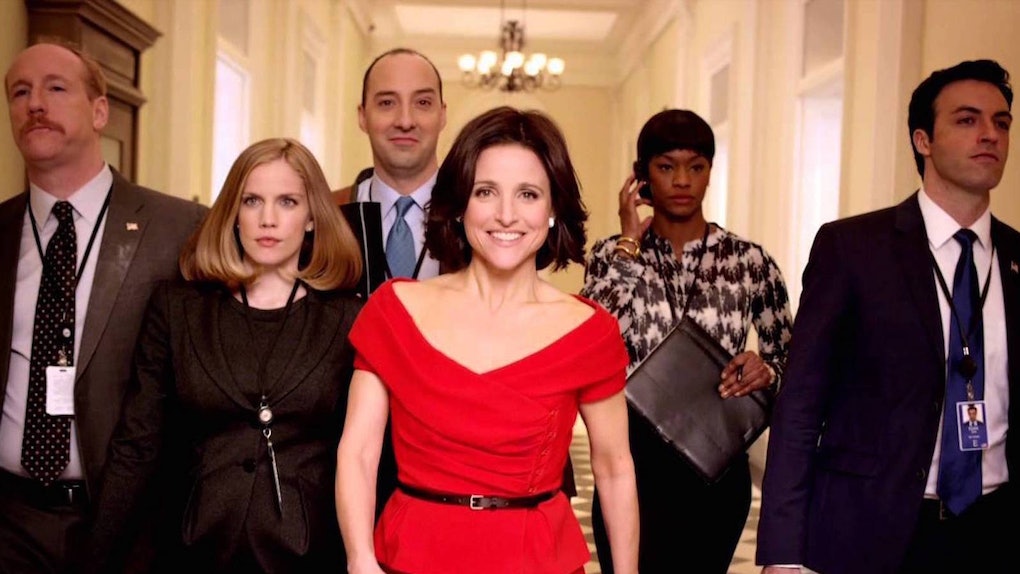 The series finale was very good and put an end to a show you sort of wonder how got to survive this long and got so many awards without criticism for it's cruel jokes.

I am currently watching The Thick Of It and I am at season 3 and liking it a lot (even though the English slang and pop culture references some times poses a barrier for my understanding of jokes, etc. ^^').

Any fans here? What did you think of the series finale?

Watched it for years, it's unbelievably funny. The finale was really good, too, even though the whole situation with Gary was a bit dark ...

I'm already thinking about just doing a rewatch since it was solid throughout its whole run. A lot of distinctive characters. Jonah actually getting power in the end was hilarious.

Haven't watched this season yet, but really like it - it stands out as a show with so many cuntish characters (pretty much right about almost every single one), yet very funny and enjoyable to watch.

I really like it when I can catch it. Was a big fan of The Thick of It, from which it spawned.

Oh yes. It was very dark but believable since Gary was so obsessed with Selena that it just doesn't suprise you. That was a vert unhealthy relationship.

I started watching Veep before Arrested Development and it was afterwards that I noticed that the character of Gary is very similar to the character Buster in AD with his relationship with his mother.

But Veep kept the quality while Arrested Development became an abortion.

Some months ago I said to myself, rewatch a little from the first Veep episodes to have an opinion on whether my sister would like it and I ended up watching the previous seasons in a week. The show is just extremely rewatchable.

The season is very good and it ended pretty well. These characters are monsters. lol

I am really digging The Thick Of It, specially Malcom's character which is so abusive and a monster. You can't get a male character like that in today's climate unless the series goes under the radar of the outrage generation.

In The Loop was very good too. It was surprising to see the actress who plays Amy in Veep with the cast of The Thick Of It in the movie.

My wife and I don't have HBO anymore, but we used to enjoy watching that show very much. Julia Louis Dreyfus was great, and a great supporting cast. I'll have to find a way to binge watch the episodes we missed.