Tbh I never actually played Ninja Gaiden Black haha, I've only watched gameplay of it and seen screens, and I honestly can't recall enough about its use of bumpmapping to comment on it. As a late Xbox game though it wouldn't surprise me if it used bump maps in a more pronounced way than the older games I mentioned.

Here's some examples of its use in the GC games mentioned: 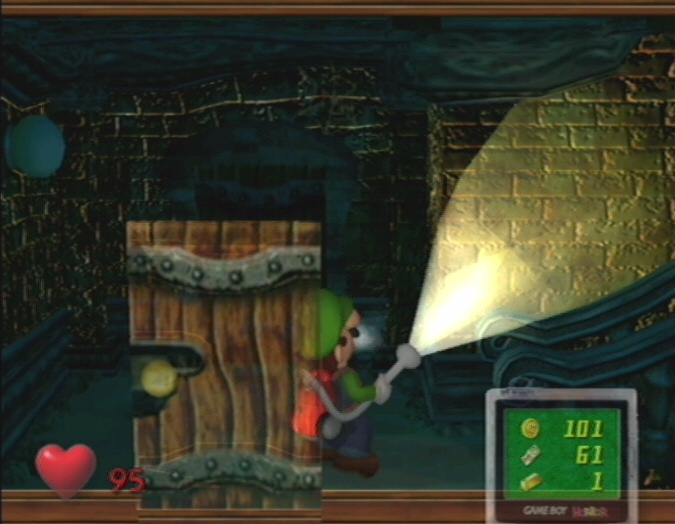 I never understand the comments about being impressed a handheld is running a current gen console game. Especially after the 360/ps3 gen we have seen many games designed to run on several times more powerful hardware be scaled down to 360/ps3. These were consoles that were ancient and only had 512mb of ram. switch has modern tech in comparison, a 2.5X more powerful GPU, and 6X the Ram, I had no doubt it can run some demanding current gen games. What would impress me is if it ran one, and managed to be a great looking switch game, which still hasn't Happened yet, instead of just being your usual choppy, or Sub HD mess

This generation I was surprised how good Uncharted 4, Horizon Zero Dawn and God of War looked and played. Sure they where 30fps, but man they where as solid as you can get them at least on pro.

Honourable mentions goes to Ratchet and Clank and Spiderman, Ratchet and Clank really showed how good a cartoon game can look on PS4. Spiderman just made a really cool New York and I love how detailed the suits look up close, with every suit looking to be made of different materials

Some others that I never played at the time but which are impressive for their hardware in retrospect:

- Need for Speed Most Wanted (Vita)

I'm from the NES gaming era where home games were always a shadow of their arcade counterparts and portable games were a shadow of a shadow. Now, even the most powerful arcade game of back then can run on the shittiest phone and the best looking games of last gen (which actually hold up really well imo) are capable of running even better on a portable.

I guess I'm impressed by how far portable tech has come. Home consoles offer a better experience but you kind of expect that. For me, I guess (in analogy form) going from cool water to warm water is more impressive than going from warm water to hot water.

All i see is just natural progression of technology for both consoles, and handheld. I don't get the analogy. portable tech was  impressive with psp, and vita, and switch is just a evolution of that.

Hey, I was impressed by those portable consoles, too! I personally feel like graphics were "good enough" when we reached PS3/X360 levels. After that, it was just fine tuning and performance. You can see the improvements being made today but somewhere in that area, the "wow factor" just went away for me.

Vita was pretty powerful but it wasn't quite there. I was definitely impressed by it but it was still below 7th gen home consoles based on the titles I bought. With the Switch, portable gaming had hit that "good enough" area. I guess that means I probably won't be as impressed with future portable systems, either. I'll appreciate the improvements but my mind won't be blown like it was the first time I played Zelda BotW.

VR is going to have to carry the load until it reaches a point of diminishing returns, too.

Switch is Definitely below 8th gen as well, so I really don't understand  this point. Seeing Something like spiderman, GOW, or RDR2 quality  on a portable IN SWITCH 2 would diffidently would impress me in a much bigger way then switch has. Then I would agree portable gaming has it a good enough area, as it is now switch is a small step up from lastgen consoles, so the graphics really feel dated, sure it could run some currentgen games, but the results just remind of 360/ps3 ports that were designed for more powerful hardware, they just don't look very good, or run good enough  when compared to games tailored for the system.