"A Russian cosmonaut and his NASA co-pilot, five months after riding out a dramatic launch abort last October, finally made it into orbit Thursday and, along a with NASA astronaut making her first flight, docked with the International Space Station six hours later to boost the lab's crew back to six."

"Building a strategic capability for advancing and sustaining human space exploration in the vicinity of the Moon will require the best from NASA, interested international partners, and U.S. industry. As NASA continues formulating the deep space gateway concept, the agency signed a joint statement with the Russian Space Agency, Roscosmos, on Wednesday, Sept. 27 at the 68th International Astronautical Congress in Adelaide, Australia."

NASA Plans To Cooperate With Russia For The Upcoming Mission to The Moon, Mars, and Beyond"

"NASA hopes to cooperate with Russia to explore the Moon, Mars and other corners of space, as the US space agency Administrator Jim Bridenstine said today in a speech at Moscow State University. The NASA administrator said he looks forward to seeing many more achievements in the framework of partnership and friendship with Russia as they continue to “explore the Moon, Mars and the Universe beyond” the Red Planet."

Is this further evidence of collusion between the US and Russia in your view? If so should these astronauts and employees of nasa as a whole be seized and thrown in jail for colluding with a foreign hostile evil power? Discuss below

I demand more collusion in space, or I will push for impeachement!

Those Americans are getting sent into space for their collusion with Russia. I wouldn't mind if they put Trump in a spaceship and fired him to Mars. That would be fair.

He would just make mars great again, then you and others will just want to go there and open the borders. 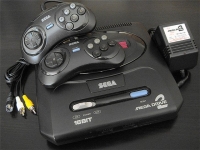 It's not collusion until the president openly denies it.

Did I miss something and they changed the ingredients of Mars?

First Nutella, now this. What has the world come to...

Collusion is "secret or illegal cooperation or conspiracy, especially in order to cheat or deceive others."

None of the above NASA missions fit any part of that definition.

Are people missing the joke?