For all you peasants who are just now being able experience one of the FF games that is in my top 3 for the series, you're Welcome. I would like to highlight some of this game's strongest improvements for the series that often gets overlooked. I will also give some of my tips on making your playthrough as effective as possible. 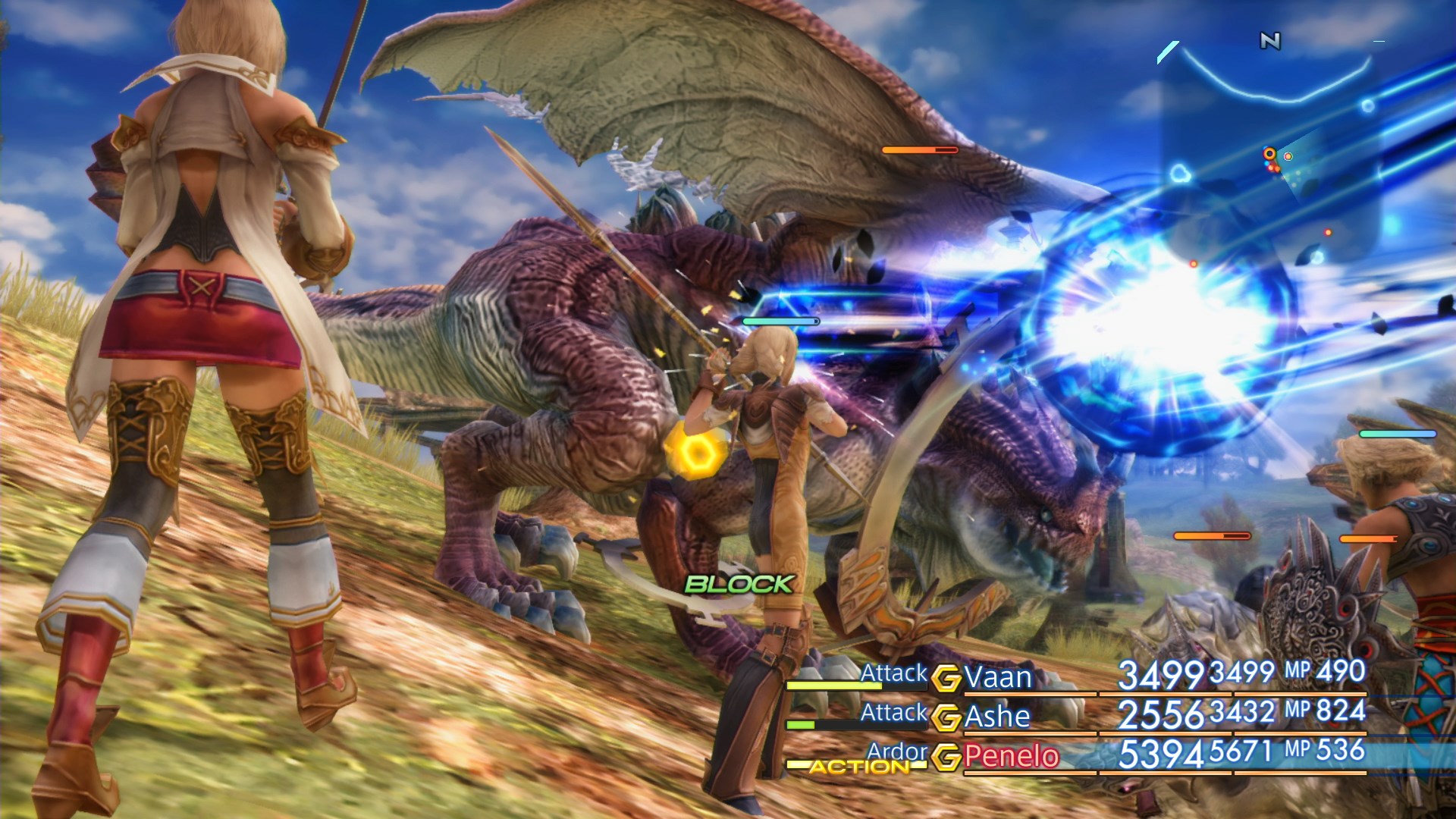 First lets appreciate the versatility of Final Fantasy XII, being the one entry in the series that allows you to create a drastically different play style just by changing a few key Settings. The game was hailed/lawded for being the first "Action Oriented" FF entry. Yet that is only true if you want it to be.

Do you want a more Action Oriented Battle System like FFXV?

Simply crank up the ATB bar speed and turn on "Active" mode. This is something available in many final fantasies but only in this game does it give the feel of an actual action RPG due to the key ability to move your character's freely. Having smartly done Gambit AIs is very important for this method. Because manual imputs for every character is way too much to handle like this. I personally found it a bit overwhelming at later points in the game. Yet so many nay sayers of the game way back when wrote it off for being too automated and easy. For those I challenge them to play it this way.

Do you want more Traditional Turn Based?

Simply leave the ATB bar at it's normal speed(or crank up as it will have less effect without Active mode) and leave it on Wait. For added effect of not feeling too "Automated" just don't used gambits. You will then have to do every manual input yourself like the much more traditional FF titles. I play turnbased with Gambits on because I felt it offered plenty challenge this way.

I am radiating with rage that the Xbox One and Switch versions of this game come with the coveted capability to respec character jobs at some point.....but I won't dwindle on that. You will still want to make your Job class placements as Effective as possible. Certain combinations of Char/Job/Sub/Esper work very effectively. Not following my regiment will not cripple you entirely.....but you will have to live with the fact you are not using your characters at maximum potential.

Note: I gave myself the obstacle of only using each Job Class once and tried to Maximize them with best pairings.

Why?: So Vaan is actually the perfect Jack of all Trades. He is reasonably high in all stats. If he isn't the literal best he is usually in the top end. So why not other job classes? Simple, storywise he is meant to be a thief and a Ninja like Buff Master fits well into that archtype. That and he has the highest speed stat in the game which aids in his ability to bust out Hastes and well timed attacks effectively. The combination of Shikari and Time Mage is complementary. It works as a Dodge based Tank or a Status Effect Shredder. The fact you can use Daggers and shields is useful because Daggers often have debuffing effects that you can expedite with the Haste Spell.

Why? Ashe has second highest natural Magic Stat in the game, but on principal I refused to allow all my female characters to be restricted to Mage archetypes. So I figured what would actually be most effective with her.....DARK KNIGHT!!! Which is effectively created by merging a Bushi(Samurai) and Black/Red Mage. These two jobs are complementary because Bushi damage actually feeds off of higher magic stat combined with attack. This is probably the best damage dealing job combination in the game by far. Why? Because obvi, she has highest magic stat in the game, she needs to be a mage. In typical fashion a Mage like herself should be outfitted with a main ranged weapon to keep her out of harms way. 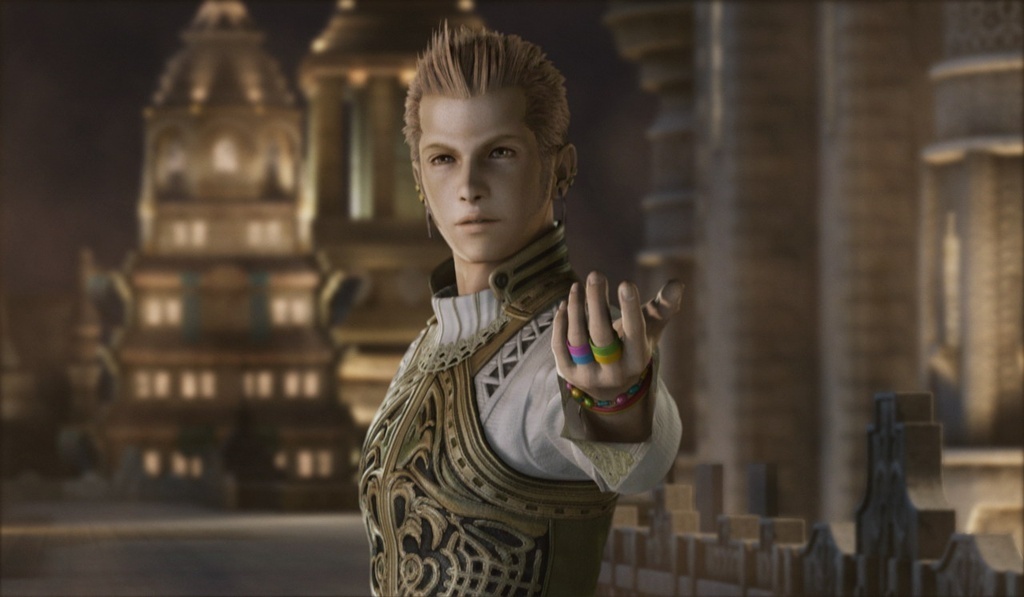 Why?: As the leading man you have to know what works for this guy. He is naturally pointed at using guns as main mechanic. By default he will have his first gun unlocked on any Job Board. So I have the mindset that any Ranged weapon damage dealer should be a Mage because it perfectly keeps them out of harms way. Choose Red Mage as Balthier's FIRST JOB because he can always use that first gun, you don't gain the ability to use a Second Job class for quite a while, and it is important that you have another healer class. I chose Red Mage because (Slight Spoiler) At most points in the game certain party members join, leave, then rejoin your party. Having a character who can efficiently heal at all times is essential. Don't do what I did and restrict every job class to be used once and put your only White Mage on Penelo is in your party for a tiny stint before being banished to be the very LAST party member you get back 20+ hours in.

Why?: Sexy Chewbaca. Even though she is one of my top five character designs and all around favorite character in the game.....she is unfortunately the Black Sheep of the pack Job wise. She is much like Vaan in the idea she is a Jack of All Trades......but in a bad way. She is literally the worst(or close to) at everything. So ultimately I tried to choose classes that complemented her aesthetic more than ones that she necessarily was best at. So what if we gave her weaponry that took advantage of her steller long reach and height? Yup, Polearms and Spears it is! So the thing about Poles is that they don't attack enemy Physical Defense, they check the Magic Defense. Poles have a high Combo Rating and make for some pretty good Damage Dealing. Bonus: The unusually high damage potential that these builds give Fran also makes her perfect to utilize equipment that Doubles damage but removes weapon (Melee Build). She looks glorious doing repeated hand to hand combos as she does in her Quickening attacks.

Why?: Chris Hemsworth here is my version of a Knight or Paladin build. As the good twin it just seemed fitting. Now this is a Job combo that needs a bit of help from accessorizing. In particular you want to deal with the fact Basch has the lowest MP in the game, which makes him a very in-efficient healer.....which hurts his ability to properly keep aggro as the go to Tank. My fix is a little trinket called....I can't remember but it allows you to use Gil instead of MP for magic. It is a god send to this build. The Gil cost is usually just whatever the MP cost was but with a Zero at the end and that is easy potatoes by late stage in the game. Foe Breaker techniques are all about that Debuff and enemies hate it when you do that. Or you want to be a pansy and break the rule of doubling up the same job I suppose you could use Knight/Monk which does a better job of complementing like Buff/Debuff spell casting, healing, and Damage Potential. Personally I think it undermines the ability to use Shields with Knight but to each his own.

To me FFXII also has some of the best music themes.

Oh and also for those wondering what happened to the Ivalice storyline, you can find out in FFXIV, cause Ivalice is in there. FFXIV takes place in the future of the same world as Tactics.

Music was a bit hit or miss for me. I think they should have spiced the battle theme up just a bit. Yet there is this one melody that starts playing when Vaan is talking to Penelo and the Airship flies by..... LOVE it!!!

The Ivalice world was always one of the best fully realized ones. I do wish we got to play as at least one other race. Like if maybe Bagamnaan became an ally. Oooo or Monteblanc lol.

I was thinking of jumping into FFXIV when the Viera came in but I was very dissappointed to know no male Viera :(

Love it. Agreed, its in the top 3 for the series for me as well. Such and underrated gem.

Not loving so much the class combos you are recommending tho. Bushi/Black Mage for example has the huge problem that Katanas are too good (probably best weapon imo), and you are not using them so long as you are casting magic and viceversa - because you are gonna want to have your Black Mage spamming scathe, amongst other things, for the late game portions of the game. Both Bushi and Black Mages are lets say, "main classes" and should be paired up with classes that support their strenghts.
I'd pair Black Mage with Monk for the sake of giving it healing possibilites or Red Mage for Ardor (if you dont wanna use the Ardor/Burning Bow combination for the Archer) and Bushi Works better with a classes that compensates its lack of Battle Lore and in late game benefit from the Khumba/Masamune/Genji Equipment combinations.
Tho thats just my personal experience, I think most job combinations work well.

For me XII isn't quite among the best games in the series, but I do think it's a great game still, it just has some issues that I can't quite overlook. It's also an interesting game in the sense that I actually liked it a lot more when I played it for the second time, whereas in my first playthrough it never quite clicked with me. I would rank it as the 6th best game in the series, perhaps not quite a real masterpiece, but definitely close to that.

I gave it a fair chance but it didn't grab me.

I enjoyed that game more than FFX. The battle system is great!

FF12 is the FF game I'd say is second best game, after 9, even if my favourite is 7.... although that's going down less overtime. Love the design, the world, the voice acting especially. The customisation was great in the first version, shame that wasn't an option in the HD version, to swap back to the old grid but still, things worked out.

Definitely in my top half of Final Fantasy games. And almost certainly in my top 5. I only played the original 10+ years ago though. So I have yet to experience the Zodiac Age.

The gameplay was fun and satisfying and the characters weren't as anime/teen oriented. What's not to love?

I still consider FF12 to be pinnacle of the series. No questions asked. I will not be participating in this thread past this post because I am actively holding off on replaying in favor of reducing my backlog and I dont want that to change.

But THIS is Final Fantasy at its best. Slow beginning, but when the tutorial phase is over ... I played non stop back in the day.