Alright guys, I pretty much think MK is the best fighting franchise out there. Is not even worth arguing with me about that.

Long story short I've recently gone through a brake up so i had to move my shit to my new girlfriends house, and I'm waiting until the end of the month to get a new desk. So even if i pick the pc verdion i wont be able to play until my setup is done. Thats why i don want to pre order just yet (shao khan concerns)Anyway I know that pc version will be pretty much the superior version. I don't care about friends either I just want the best functional and most komplete version of the game.

Now my second concern about shao khan. If i buy the most expensive version even after the pre order window will I have access to shao khan for free or I'm pretty much fucked?

Why not wait to get the game after its release to see how well it runs on each version?

I'm sure there will be a complete version/edition in the future too.

I'm pretty sure he will be purchasable separately - why would they make a DLC character exclusive to pre-order?

What you should do is pre-order on both PC and PS4 and then wait to see when the reviews roll in what version has the better performance and quality and then go from there.

Keep in mind though that part of the review scores will also be based on audience. Like if the PC score gets a few points less than PS4, that may just be because the hardcore fans are on console.

I know but I don't want to pay another £5 on the top of the ultimate edition:(

I think that's the best option 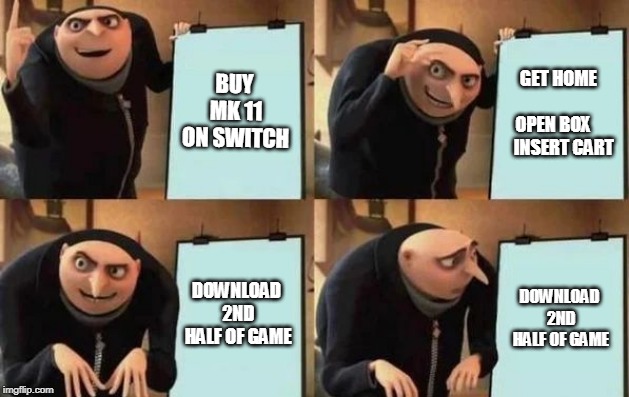 Does anybody know if they've announced the full roster yet? I'm starting to want to get this one. Those Johnny Cage Fatalities are priceless!