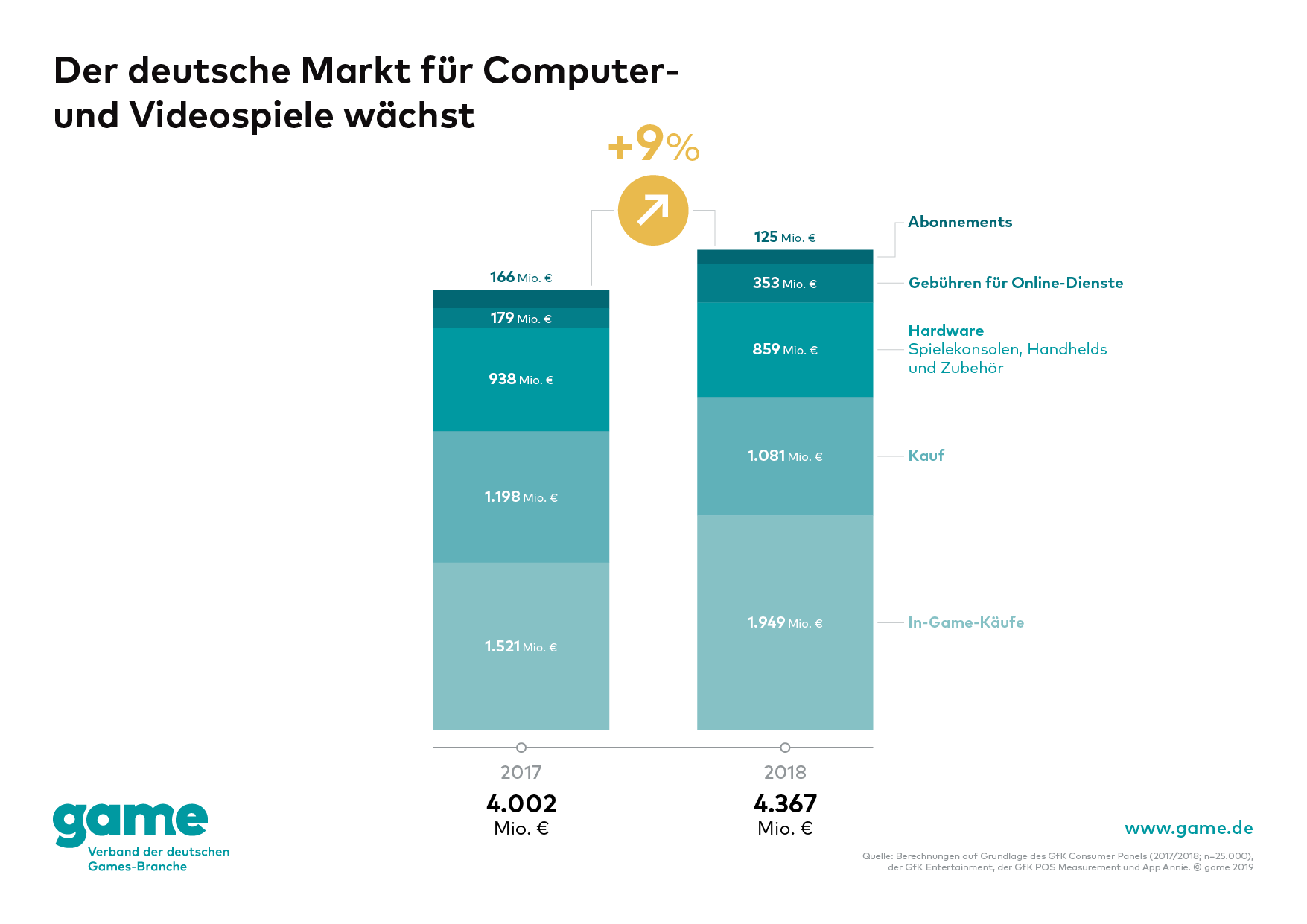 Always positive to see an increase. The German Market is healthy.

Subscription services growing by that much seems a bit weird. I was expecting it to grow at a fair rate, but doubling in a single year? That's a lot!

Well, parts of it are. Online Subscription services and in-app purchases are growing fast.

However, videogame sales dropped by 10%, Gaming hardware by 8% and Videogame subscriptions (like for WoW) even dropped by 24%.

In other words, less games are selling, but that's getting outweighted by what they sell afterwards.

That's the significant one for me.

Hardware sales should be expected to decline towards the end of a gen, no surprise there. Game sales could be down just due to fewer popular releases than the previous year, it doesn't mean too much by itself. That's a pretty big decline for MMO subcriptions though! I wouldn't be surprised if the MMO market itself never declined at all (due to microtransactions) but personally I've always found subscription based MMOs to be of much higher quality than F2P microtransaction focused ones so it's definitely a big negative to me.

Well if you spend money for PS Now/Gamepass you expect people to buy less games. DVD/bluray sales dropped 25% in a few years thanks to streaming.

According to VGChartz, the Physical Videogame sales in Germany went down by 8%, mostly because the 3DS and PC games lost a lot. But the losses of the 3DS are more than compensated by the meteoric rise Switch game sales and PC should just been moving to digital. Also keep in mind that with the move to digital sales in general the 8% drop would probably translate in flat sales overall. In other words, I believe that VGCharts German 2018 software sales are overtracked with this new data.

MMO fell because WoW can't keep it's playerbase anymore. It's decline is slower in general because the game was growing in China for a while, but outside of it WoW is coming down very fast now.

A bit confused but the 8% decline is for digital and physical software.

Sorry I confused you. I try to be clearer:

Both VGChartz and this chart show an 8% decline. But the decline on VGChartz is just for physical sales and should therefore be balanced out by digital sales. Which means it have resulted into more or less flat numbers overall if we added the probable digital sales to our VGChartz physical sales numbers.

Hence why I think the VGChartz numbers for 2018 are overtracked a bit. I think the digital sales are more or less flat and just the physical sales really dropped in numbers (by well over 10%), leading to the combined 8% drop in the chart above.