Hirai will continue to advise the company, however.

In February it was announced that Kaz Hirai, who led the PlayStation business before being promoted to CEO of Sony, would step down and transition to the role of director, chairman. Now, Sony has announced that Hirai will be retiring from those roles effective June 18. Hirai will serve as senior advisor for the company and "will continue to provide counsel as requested by Sony's management team."

In a statement, Hirai lent his support to Kenichiro Yoshida, who replaced him as CEO of Sony on April 1. "Since passing the baton of CEO to Yoshida-san last April, as Chairman of Sony, I have had the opportunity to both ensure a smooth transition and provide support to Sony's management. I am confident that everyone at Sony is fully aligned under Yoshida-san's strong leadership, and are ready to build an even brighter future for Sony.

"As such, I have decided to depart from Sony, which has been a part of my life for the past 35 years. I would like to extend my warmest gratitude to all our employees and stakeholders who have supported me throughout this journey."

Yoshida added: "Hirai-san and I have been working on management reforms together since December 2013. While he will be retiring from both Chairman and our Board of Directors, we look forward to his continuing high-level support to Sony's management that encompasses a breadth of diverse businesses."

Hirai was instrumental in launching the PlayStation 2 and PlayStation 3, and went on to become CEO and president of Sony. In February, the PlayStation business had a management reshuffle, with Jim Ryan being appointed president and CEO of Sony Interactive Entertainment.

2019 is set to be quite a different year for the PlayStation division, particularly in the way it communicates and promotes its products to its audience and the wider gaming community. The company has pulled out of E3, where it traditionally debuted and showed off its biggest upcoming games.

Sony has kicked off State of Play, however. This is a series of smaller, streamed showcases in the same vein as Nintendo's Directs. The first one yielded a new Iron Man VR title, as well as information on No Man's Sky VR and Mortal Kombat 11. You can read all the news from Sony's first State of Play to catch up on what happened.

Sony has said State of Play will return throughout the year to deliver updates on key titles. While the first episode wasn't exactly a barnstormer, the company has a number of big games on the way, including Death Stranding, The Last of Us: Part II, and Ghost of Tsushima, so upcoming episodes stand to be much more exciting.

Dude really climbed the corporate adder since the days of RIDDDDDGE RAAACCCCERRRR!!!

he did good for SONY,turned them from losing billions into a profitable company again

Haha! Didn't think of this 'til you mentioned it!

I propose they give it to this guy. 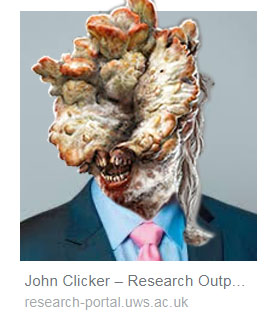 He did God's work for Sony. Retired to roll of Godfather within the company. Thanks for the memories kaz.

I laughed at this way more than I should have.

Everyone seems to be retiring these days

This year is truly an end to an era.