Not really a whole lot of conservative Southern Democrats left to pick off these days.

The Dixiecrats were always a living contradiction that would eventually split off or join the Republicans. Even then, it's amazing some of them were around until a few years ago.

To think all of them except for perhaps Bloomberg are to the left of what Obama and Hillary Clinton proposed really frames the word "moderate" into perspective. Perhaps it was the very loss of all those Dixiecrats mentioned before that finally allowed the Democratic Party to veer left into a new coallition of voters.

Either that, or it's because Millenials and Gen Z are much more to the left of previous generations and everyone tries to get some of their votes. Boomers won't live forever, after all, and the majority of those vote Republican anyway and X-ers are a toss-up, so without the votes of younger voters the democratic party doesn't have a chance to win right now. And that goes double now that Millenials and Gen Z outnumber Boomers now: https://www.pewresearch.org/fact-tank/2019/05/29/gen-z-millennials-and-gen-x-outvoted-older-generations-in-2018-midterms/ 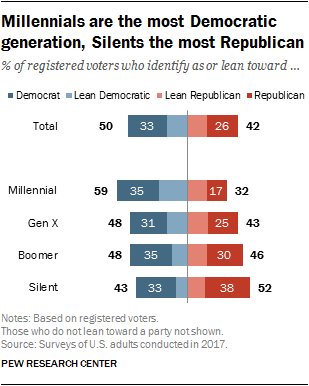 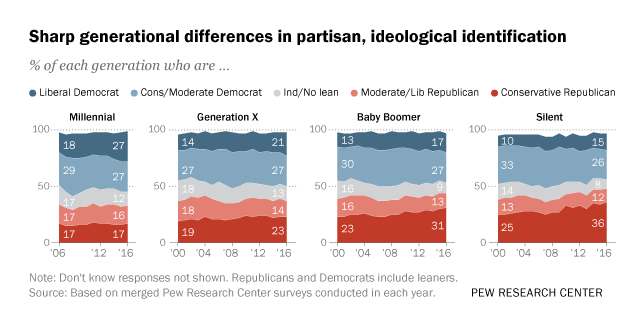 Y'know, Boomers were the ones that opposed the Vietnam War, spearheaded the Civil Rights movement, and made, by far, the most progress for women of any generation.  As a generation, they were radically left and altered society in ways Millennials cannot even fathom from the marginal and safe causes they champion.

You're acting like voters remain static when the Boomers are a hard data point in favor of political views changing over time.  Again guys, don't think that all you have to do is wait around.

The victory video from Bernie Sanders is pretty nice:

EDIT: Let's also throw in some media reactions to the Sanders-win in Nevada.

538: Bernie Sanders is the front-runner (duh, but the article throws in some data that shows how much this win affected the chances of Sanders positively)

Vox: Mainstream democrats shouldn't fear Bernie Sanders (What, he will not execute people in Central Park?)

Politico: Sanders eviscerates conventional wisdom about why he can't win (I'm sure Sanders campaign will fall off a cliff any moment now)

@SpokenTruth Did you give the two delegates out of Nevada for Biden (so far) to Bloomberg instead in the OP?

Yeah, during the Us vs They times, the early Boomers (later boomers were still too young at the time) and late silents were for those changes. But the thing is, almost all the activists during that time were silents or even greatest, not boomers. Boomers mostly get the credit for being there, but it was silents who started it and got things done. Once that ended in the early 70's, boomers became increasingly self-centric. Us vs they became me vs you.

The reason for that was that the boomers were from the beginning very individualistic. Many opposed Vietnam and were in favor or the Civil rights movement for their own personal reasons, not on the grounds that it would be right or wrong, mostly to stick it to their parents and the nuclear family concept they opposed. But come the 70's and the first Xers getting close to puberty, and the boomers have evolved into exactly the things they opposed before. They became "the Man".

Also, have a look at this:

I should probably start by noting that I don't respond to Youtube videos and usually won't watch them.

Again, though, you're proving me correct.  Whether it's to stick it to their parents in the 60s and 70s or the high of joining an outrage mob on Twitter today, people's voting patterns can and will change. 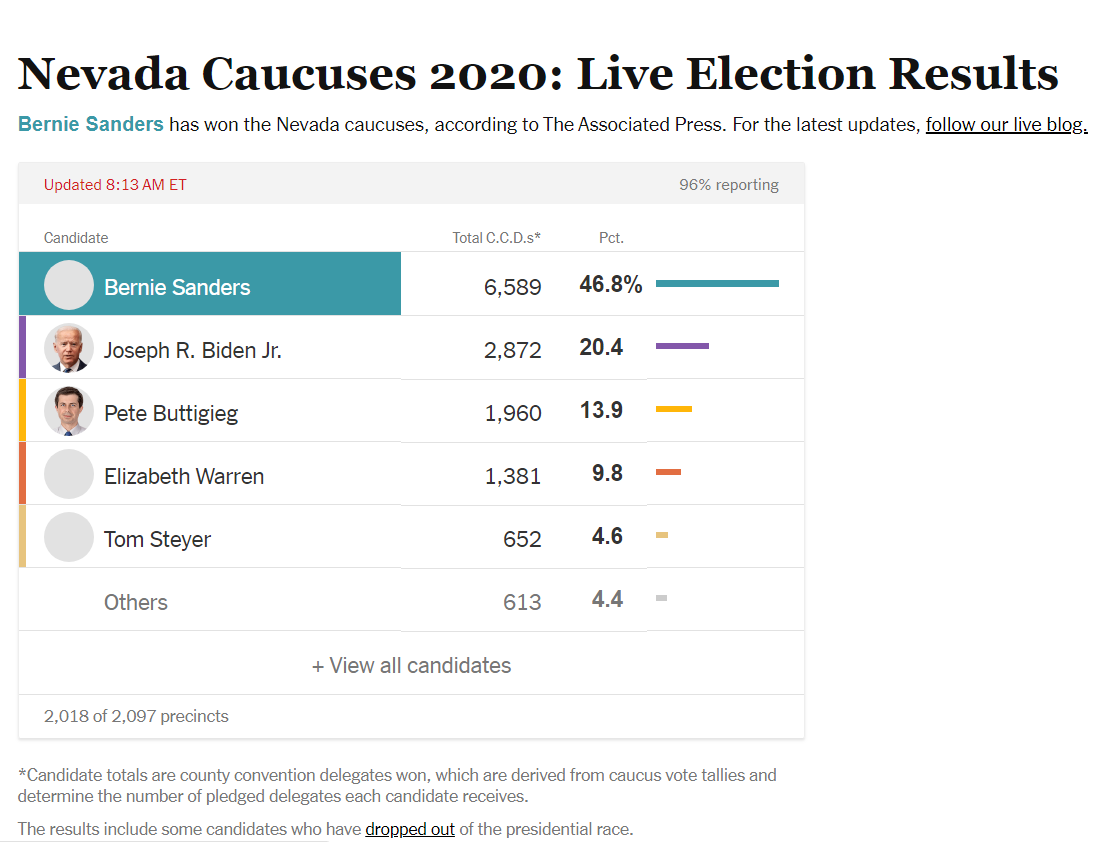 First of all, this was a board wipe by Bernie.

Secondly, if this stands, Pete doesn't get any statewide delegates since he didn't reach 15%. Only Bernie and Biden.
~Edit~
He can still get some district specific delegates if he got 15% in that district.