According to Nate Silver, a large Sanders win with Buttigeg/Biden in second is the scenario that makes a clear winner the most likely and, accordingly, a contested convention the least likely as of now.

It couldn't be a better timed victory for Sanders, it would seem.

The last I heard they used a tablet with Google Docs:

Sadly, a recession is likely to come before the election, and you know they're going to blame Sanders for it even though it's Trump's fault (well, it was coming anyway, but it'll be deeper and nastier than it had to be with less ability to do anything to fight it thanks to Trump's incompetence and discredited economic policies, and yes, the fed, as led by Trump's appointed chairman). Hopefully the public doesn't buy it, and places the blame where it belongs, but either way, we'll probably be in a recession and know it by the time of the general election.

Per a recent MIT study, it's believed there's a 70% chance of a recession in the next 6 months. 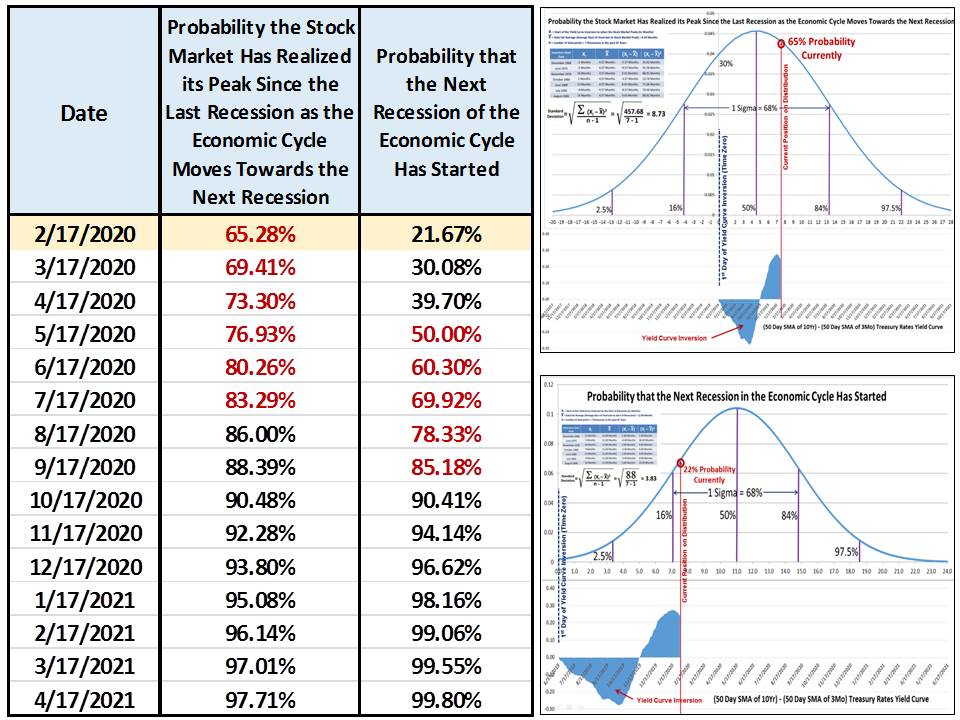 1.) Yeah that was interesting. I guess they know that they don't have less choices with Medicare For All, in spite of their union reps best efforts. 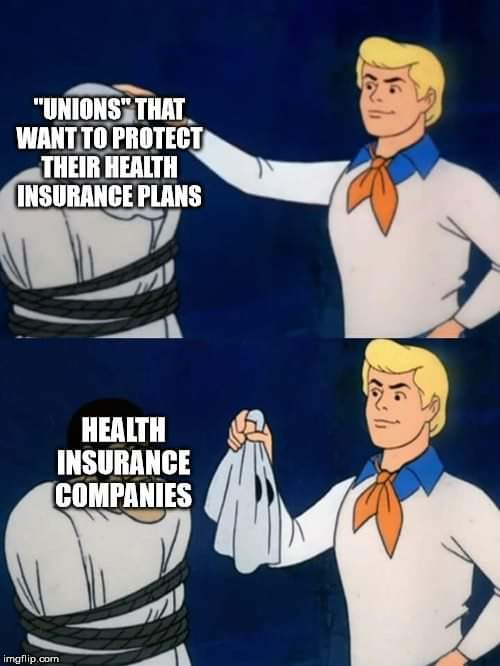 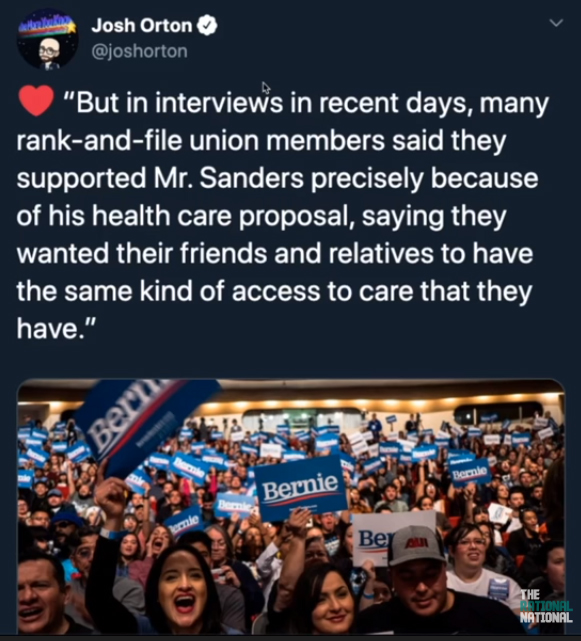 2.) I have to say I'm mainly disappointed in Warren here. But only because I held her to a higher standard than the rest. I didn't expect better from them. But Warren had been very outspoken against money's influence in politics. Just a few months ago she said this: 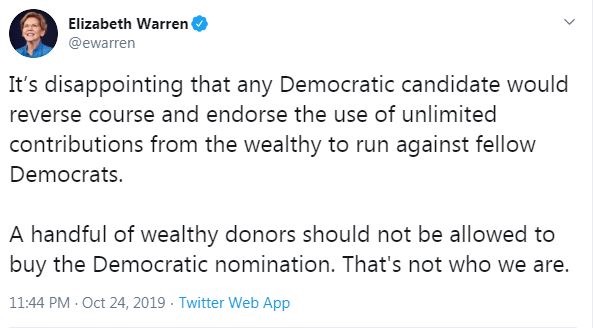 And of course her comment about a brokered convention.
So now I'm not so sure she would drop out of the race even if she loses her home state. Unfortunately at this point it's probably about either helping Sanders, or doing whatever they can to stop him, even if that means a Bloomberg nomination.

I'm just gonna point out, the writing has been on the wall for Warren doing this since 2016. Red flag and more Red flags. I still see people using the word "progressive" for her when time and time again she's proven she's not. I'll start with the most simple and most disqualifying thing about Warren. Big Money. She took it, transferred it into her campaign from her senate race, said she'd take in the general, swore off super pacs until her money ran dry cause now she needs the super pacs to stay competitive. She's just a player in a the game. She's not a progressive, but a standard dem.

I've called her a snake for a long time, way before others caught up cause you believe actions not words. That's why when she keeps stabbing the movement, calling us hateful people, attacking us, telling blatant lies on Bernie and his supporters, I can't understand how people still think she'll put delegates with him. I don't understand it. I've seen this Denial so hard with Warren that I can't understand. Its like someone who keeps going back to their abusive ex because they claimed they change just for them to turn around and do the same thing again, yet they keep going back.

Warren is literally only running at this point, is to try hurt Bernie to push a contested convention. Warren aint it, never has been, never will be and I'm looking forward to her senate re-election campaign. I'm sure we can find a real progressive to replace her.

I'm in the thread because I have interest in politics.

And if you think your party's expressed plan is that evil and crazy, maybe you should take a step back and rethink your support for them?

As for my "projecting", I refused to support the Republican nominee when I saw Trump employing the same exact tactics the Obama-era Democrat party attempted in reverse.  I also advocated against the Bush-era lighter attempts at such politics from Karl Rove.  I'm clean on that count.  So we're back to you.  Why do you support politics that just divide Americans up and then try to make them vote as members of a tribe instead of as individuals?

Funny that you mention something like this, when leftist Ed Markey is looking likely to be replaced by centrist Joe Kennedy III for the other Massachusetts senate seat.

You probably won't like the latest nationwide CBS/YouGov poll as well:

Although this one is post-debate, pre-Nevada. 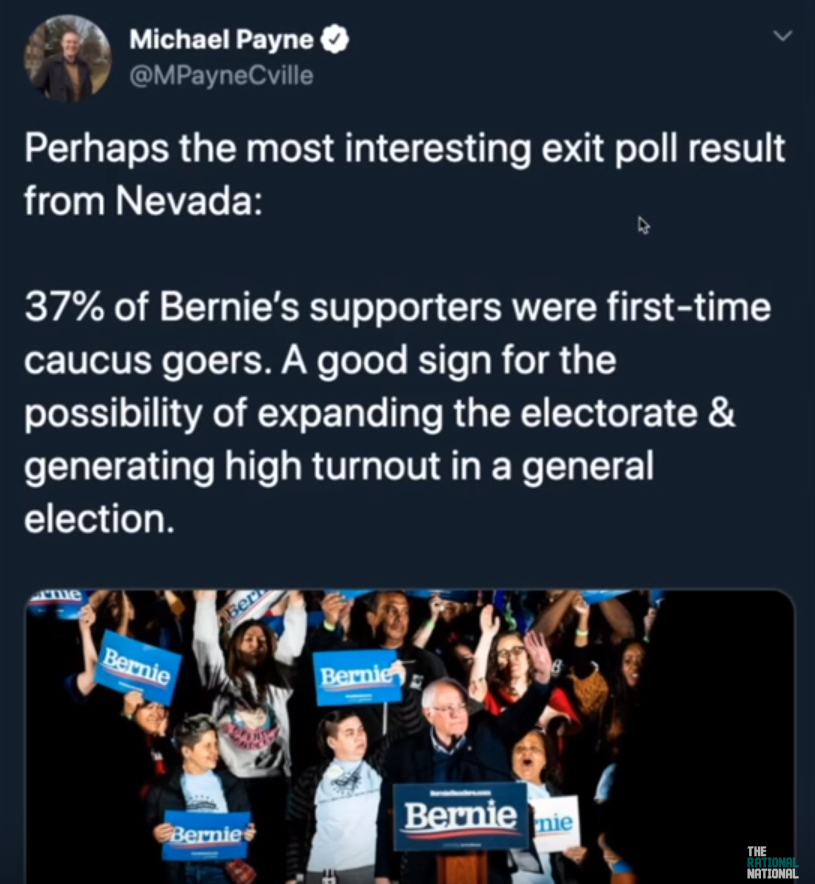 If we're already seeing this kind of turnout in the primaries, then that bodes well for the general election where it's easier to vote, and generally more people are interested in voting.

This is the only reason why I sometimes want the republicans to win. Trumps policies made a crash inevitable, yet if the democrats win, they will get blamed for it. Just look what they tout about Obama despite the crash he had to clean up coming from Bush.

Just a reminder how Democrats can play this game: 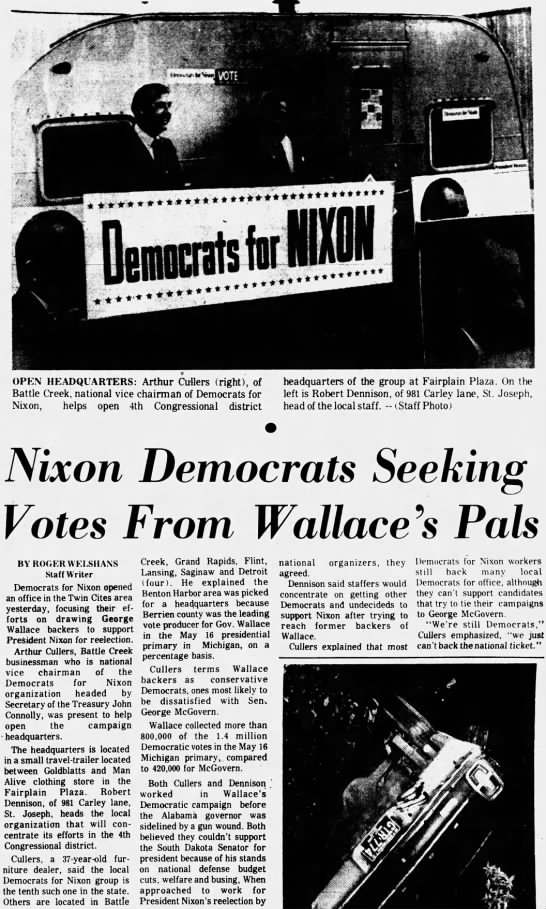