credits to resetera for reporting it

sounds interesting , wouldn’t mind using it to increase my gamer score on my PS4 and future switch.

i wonder what games on iOS will support this first

That's pretty neat. Hopefully the achievements for mobile are easy.

I sign into enough stuff already just to play a game.

I'll assume xcloud will come to those devices then?

It's funny how I both prefer the overall scoring mechanic of gamerscore (I like the idea of saying "I have xxxx thousand score") but I also prefer the overall idea of the individual achievements having their own awards (like bronze/silver/gold/platinum).

This is Microsoft unofficially abandoning Xbox hardware, even if they technically release a "next gen" console. You can already play every XB1 "exclusive" on the PC which is a disincentive to getting an XB1. Now there is really no incentive to get their hardware. Just pick the hardware you like the best instead. 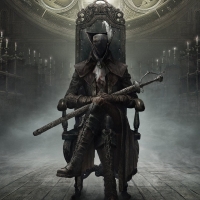 At first glance, this doesn't seem to hurt, so I'm slightly intrigued by this. For Microsoft, this seems like a good strategy to pursue.

Adding the ability to get achievements, friend lists, stats on already existing iOS/android games means end of the Xbox hardware...?

Edit: Its even in the title lol.