Doesn't have to be a moment of mind-blowing graphics, although it can be; could also be a gameplay innovation, or just whatever it was in a game of that gen that took your breath away the most. List yours and explain why it did so.

I was impressed when I played Alan Wake for the first time in 2012.

It was one of the most impressive games I've played in 7th gen. The graphics, the soundtrack, the gameplay, the narration... Everything was so good.

For this gen, several things in Nier: Automata. In particular, a realization you make several hours after reaching the ending. I have not seen any other game do something like this before.
And then there was a choice you get to make at the very end, which transcended the game itself into real life.

There was nothing comparable in any other generation. But worth mentioning, albeit a very different experience, was trying Mario 64 for the first time.
I had played games in 3D before that, but in a way it almost felt like I hadn't.
Metal Gear Solid 1 had a similar effect on me during that same generation.

Although I grew up on 4th generation consoles as a kid, the 5th generation never had much of an impact on me. Maybe I was born too late for it, but seeing games in 3D always felt completely normal to me as a kid, even if it was cool (and of course at that time I could never go back to 2D games because they were obviously worse!).

I think my first big wow moment was the leap to the PS2 on the 6th generation, and while I was initially wow'ed by the first games I played on it, the biggest "wow" moment on it was probably Shadow of the Colossus, which I played two years after getting the console. The scale was just so massive, it felt like such a huge game and like nothing I had ever played. Truly the first one that impressed me on that level.

The biggest 'wow' moment I've ever had in gaming though, I think it's in the 8th generation with No Man's Sky. Say what you will about that game (well, the vanilla version of it), but those first 2 hours truly blew me away. It was something that had never been done before, I remember dreaming of something like that in a game ever since the days of Spore back in 2008 (speaking of which, that was another underwhelming 'wow' kind of game, but not nearly as much).

7th generation, I don't know what would be my 'wow' in it. Eh, Skyrim I guess?

Edit: also shout-outs to Breath of the Wild, not my biggest 'wow' moment of the 8th generation but those physics and organic interactions blew me away and still do.

NES- Beating Ganon for the first time in Legend of Zelda...I was like 6 and felt like I conqured the world.

GB/GBA- Finding out the Link's Awakening was literally all just a dream.

N64- The utter dispear my 10 year old self felt when I first entered Hyrule Castle town as Adult Link, and realizing that Ganondorf had almost caused the apocalypse (again 10 years old, and it did look like it was hit by a bomb).

PS2- Final Fantasy X and watching Tidus fade away at the end of the game.

PS4- Seeing Kratos come to terms with his past, regret his actions, and try to teach his son that they must be better than the man he was.

Nintendo Switch- The shear wonder and amazement I felt while exploring Hyrule and slowly working my way up to settling a 100 year old score with Calamity Ganon.

from recent memory: assassin's creed origins while traveling through the word seeing old already visited places far away in the horizon.

NES - Non-Linear map design, and the ability to save in SMB3.

N64 - Just the jump to 3D. Seriously, it was a massive change in games that will never be matched!

PS2/Gamecube/Xbox - Wandering around Morrowwind, and realizing that it was an entire game the size of a small country.

PS3/360/Wii - Watching everyone pull together to make it out alive during the final mission of Mass Effect 2.

PS4/XB1/WiiU/Switch - Jin's sad story from Xenoblade 2. Or realizing that NIntendo just made a better open world game than 90% of all open world games on their very first try.

Gen 5: It was so long ago I can't even remember

Gen 6: FFX. Just the whole game. Best game ever!
Gen 7: Halo 3. The icy level just after the flood attack and you're travelling around in tanks and shit. It was just so awesome. A big environment to drive through, cool vehicles/enemies and the music was perfect too.
Gen 8: umm.... still waiting I guess? 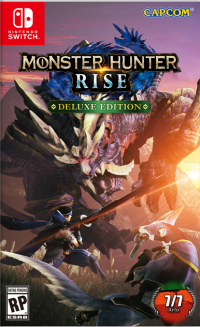 I see you write about this game a lot and admittedly I usually don't read the entire comments, but it's nice and admirable to see someone have so much passion for the game.

But everytime I start the game, I end up losing interest in a few hours. It's either just a case of bad circumstances (like rushing to catch up on DMC series to get to DMC5), or just the game boring me. And it's sad, because I want to really see the appeal of it 100%, but I feel like I only see parts of it.

To some extent it's my fault because I played the old demo when it released and it was just the first part of the game - which is so awesome and beyond flawless. I kind of figured it would be a highly polished linear game where the entire experience is hand-tuned to be as great as possible from start to finish, even knowing the history of Drakengard and Nier.

Of course I ended up getting it a few months later and realizing that a lot of it is a somewhat modestly budgeted semi-open world game. It wasn't a huge issue but it kind of got repetitive quickly and it felt like there wasn't a great plot thread to follow a few hours into it. Looking back on it, it's the kind of game where I can't tell how I even got a few hours into it because not a lot of specific things even happens in that time (not that that's bad necessarily, does make it hard to describe later on though).

Game also walks the line between beautiful and extremely ugly, it honestly changes a lot based on any given moment. Sometimes it's beautiful and sometimes it's ugly. The emptiness of the world can also be bothersome, though it's a bit more forgivable because of some of the secrets.

I also feel like having the combat be based a lot what i presume to be JRPG elements (can't say I got in depth enough with it to say) like chips would probably be a detriment to making the combat fun. Can't comment on whether or not it's the case, but seeing how many options there are actually makes me want to invest in the combat less especially when it's so easy. I think this generation there's been a little too many compromises between RPGs elements and action games and it kind of feels like developers are scared to just do a straight up action game that actually feels like it's progression is made properly and naturally rather than just requiring you to look at a stats screen (and this is coming from a Souls fan).

There's a lot I like in the first few hours in the game - I love the opening, I LOVEEEE the fact that you can go back to the opening area and pick up your weapons and items and experience from your dead android self (i've seen very few games that hide the ability to go back to the tutorial and pick up your left over items - that's great!), I like the soundtrack to some extent (though honestly some of the themes get kind of grating), I like the weird android fight, I like the carnival somewhat, I like the robot sex scene, there's a lot to like. But with stuff like the occasionally ugly environments, the somewhat boring travel, the plot threads taking a while to be truly hooking after the first 30 minutes or so, and a lot of the "weird stuff" kind of just becoming normalized and rather standard in the game (both thematically and gameplay-wise, like the bullet hell elements), it just kind of is hard to play through the whole thing.

Not criticizing or disagreeing, just, seeing as how you've explained a lot about the game before I'm wondering: What is the appeal? And does it get better?

Genesis/Mega Drive - Altered Beast... I had played for some time on Atari, so having a game where I could hit, jump and super powers was fantastic (was around 6-7y)
Playstation - Final Fantasy IX I was dazzed by the opening CGI and still love the game to this day. The jump from the carton games I played on Genesis to FF IX (like I bought it late in the gen and was almosts unaware of PS existence until few moths before). Also Gran Turismo, its simulation of racing was much superior to arcades that I played it endlesly, and still my favorite series to this day together with FF probably (was 15y). Tony Hawks also deserve note with Syphon Filter and Soul Reaver (story was great for me) and RE it was so great and terrifying to play a survival horror (I really liked the scare jumps from Alien 3 on Genesis)
PS2 - Hard to be sure but would be between FF X-2 and LotR as first impression was great, but DMC3 had me playing non-stop and was so adctive and dynamic. Tekken 5 and their target to have body fur and pores was something that had me gasping.
PS3 - Uncharted for sure. I wasn't much into shooting games before, but the adventure aspect was so great that it became a favorite within hours of play (have platined it 8 times, 2 for the original trilogy, UC4 and LL, think I need to play Golden Abyss) and God of War that I had ignored the previous gen was a fantastic Hack and Slash that I fell in love (platined all the available on PS3 and also GoW on Give me God of War difficulty on PS4)., Heavy Rain for the image quality and multiple choices.
PS4 - To many have left me happy and smilling, but GoW was breathtaking. If talking something I haven't played before I would say Until Dawn with it almost direct film play.