Forums - Website Topics - Should The Political Discussion Board Remain? 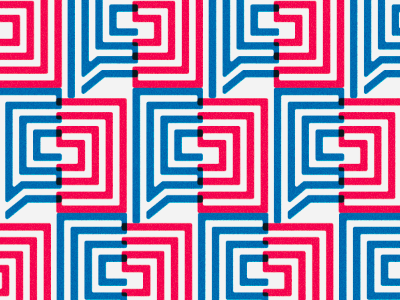 So. There has been a lot of discussion about the state of the Political Discussion Board on the site. I have spoken with both staff and users and the general consensus among them is to do away with it. However, myself and a few others wanted to pick brains on a much larger scale. That's where you come in! So, in a nutshell, tell me what should be done with it. Should I nuke it forever or should we let it continue to exist?

*NOTE - Do not use this thread as an opportunity to flame/harass/troll any members of staff or users.

Just give pinpoint feedback in the best way that you can! Thanks everyone!

Basically it's either one of these two scenarios:

- Forum activity will drop even further without one of its most active discussions.
- The drop it's had over the last few years happened because of the political discussions and will now flourish again without them.

Honestly though, even though I did eventually get into the political stuff to vent out in a thread, it surely does more harm than good to the place. Politics always ruin relationships - I've experienced it even with people I know personally -, and in the end this is supposed to be a gaming forum. People come here to talk about games and have a good time... if anything, it should be a place to escape from the political mess the world is in.

People should never be restricted on what they want to talk about here.
Just stop letting it get on the front page, make it game/sales talk only.
Less people will have issues with it if they just don't see it that often.
So yes, but away from the front page.

It should probably remain, but I'll point out that since 2016 it has devolved into Orange Man Bad vs Any Other Thought. We're not exactly losing anything special by letting it go.

The participation in this site seems to be on the steady decline, and you want to give people one less reason to come here to discuss things?

That doesn't seem like a good idea to me.

The Political Discussion Board was not much of a problem since the genesis of this site and it hasn't been much of a problem right now so there's no good reason why it it should be forgone in it's entirety ...

Partisanship really isn't any better elsewhere in this forum ...

Most of my posts across all the forums I participate in are politics related, so if you take it away, I will certainly post here less. Now, I'm not exactly a prolific poster. There was a time when I posted a lot more, but that was years ago. Basically what I'm saying is that I do think you would lose some posters, or at least give them less opportunity to interact with the community.

That said, I don't know if that is a bad thing. I think it is up to the site runners to cultivate the kind of community that they would like to cultivate. Politics often poison the well of debate and that poison often spills out into other topics. If you think it goes against the mission statement of this site, feel free to close it.

But, I think it would be unwise to just cut off a piece of the community without any replacement. I personally don't really have many ideas, but I think something should be done to generally cultivate community involvement in ways that more closely reflect what the site runners want this community to be. Maybe you could run tournaments or implement an integrated chat function which can be used for live events like Directs and E3. Some things would take more work than others but I'd like more reason to interact with the community here and I feel like at the moment I just don't have much.

Yes, since there's absolutely no reason to remove it, especially considering the low amount of activity the site already has.

I think in the current site, no, but if this was asked in 2016, I would have said hell yes. The damage has been done and cannot be undone I feel, and you still have certain users that create issues by posting obvious politic threads in normal forums, like the "IGN takes issue with white male thread" in the general gaming thread.

Sadly common sense is gone for a lot of users in that area, and certain users get away with obvious stealth trolling, which sadly you cannot point out, since that is also against the rules. As seen by Rol's recent ban (Which within the rules is understandable). I think the current solution should be if you are going to create political area where people say outlandish statement, you should also allow statement's like Rol to exist as well, but that might be for mod grievance thread another thread.

How specific can I be?

You don't have to get rid of it. It just needs better moderation, and a harsh prohibition on certain threads and certain ways of delivering information. Especially, I think the Politics section can really do away with "identity politics" and "race" threads. Those serve no real purpose and the discussion is abysmal. There are many topics worth discussing, and I think the site can use the activity, provided the area of discussion is reasonable.

Example of good thread titles, with topics worth discussing:
- Who will control the House in 2020 Midterms?
- Republicans take control of the House.
- Democrats take control of the House.
- Do you think Donald Trump should impose heavier tariffs to China?
- Donald Trump signs trade deal with China.
- China trade talks falter, Trump imposes stronger tariffs.
- Germany slides into recession.
- Justin Trudeau resigns, snap elections in Canada called.
- How will the Canadian Election turn out? Who will you vote for?
- Justin Trudeau wins Canadian Election.
- How will the second UK referendum turn out? How will you vote?
- UK officially leaves the EU
- UK stays in the EU
- Saudi Arabia murders a journalist
- What do you think of China's treatment of muslim minorities?
.................................

Example of terrible thread titles, or topics not worth discussing:
- Gaming Journalist throws a sly dig towards white people in a single article in a single website.
- Internet forum dwellers bombard a movie's review scores
- Literally anything that has the word SJW, regardless of context
- Some celebrity said something slightly racist / sjw-y
- Conspiracy theories
- Unfounded assumptions (i.e Trump will have us all nuked, Democrats will have us all nuked)

Now, drawing the line can be tricky, and I'm sure that may be worth discussing with the mods. But for example, the two latest troublemaking threads in politics: The topic in itself was garbage, and in kind, the threads turned to garbage really fast.