With the Nintendo Switch, going from pocket to tv, so easily with no big drop in performance, and good battery life, I feel like the hardware itself is good enough to justify owning it, regardless of the games.  I feel like the PS4 is lacking because in much the same way the xbox one is.  The only thing saving the PS4 from being exactly like the xbox is exclusivity locked away from other platforms.  Sony seems to be taking notes from Microsoft in allowing formerly PS exclusive games on PC, like Flower and Journey.  I really doubt it would end with those two games.  It's already happening with xbox--  It's becoming a service.  Opening up the Xbox platform to windows 10 is a great idea, considering the install base.  Sony has done things before after microsoft, and I think that with windows being an open platform, it makes sense to open up the market to the PC users.

In the event that exclusives come to PC, what could a PS5 do, like the switch before it, in differentiating it from the PC enough to justify owning both, with games being equal?

Since you guys have totally missed the point of the thread, I've re-written it and added a photo of only my playstation consoles I have all of them...  (Yes, I have other consoles.)

I'm with you on that. And I love my switch

Games ? It's always been about the games mate. If there's none that interest you, that's fine just wait until you get the games you want and buy it.

It's not rocket science.

Why do people bother buying consoles?

Cause they like the exclusives, the ecosystem and they've invested time into a brand with their PSN/Xbox Live friends list, gamerscore, trophies etc.

All you've done is list reasons why YOU wont be buying consoles. You've not deterred anyone else from buying them.

Exclusives sells consoles, I thought this was a well known fact. (it was enough to sell +90M PlayStation Quads)

When PS5 arrives just throw your computer off the balcony and buy PS5, it's not so hard. You will get all the games on PS5, multiplatform and exclusives which you won't get on PC and playing with controller is more fun than keyboard + mouse yes even FPS. It's not really a hard decision, I abandon PC gaming after getting geforce 1070 gpu (crap GPU) and went PS4 pro and it was a great decision.

The only negative with console is 30 fps which I hope will be fixed next-gen.

I wouldn't recommend getting a console day one launch or anything, but if you can find a solid Black Friday deal then it's well worth it for the exclusives. 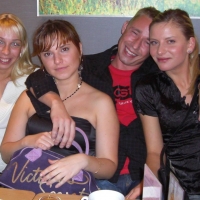 Well how about Horizon, Bloodborne, Persona 5, Nioh and many more? Although I agree with you on Uncharted and The Last of Us there are way more great exclusives then you mentioned. Exclusives make like 95% of the games I play. Its like exclusives + Desteny
Second thing are the cheaters. Competitive PC gaming is absolutely plagued with cheaters.
Thirdly you can do keyboard+mouse setup on your console if you desire so.

The title of the thread should be "once u have a high end PC, why bother playing multiplat games on console", that's what u want to say exactly, and I agree with that.

But one of the reason I still go with consoles especially PlayStation beside those good exclusives is the trophy system, I just feel much much more satisfying to see the trophy pop-ups when I unlocked achievements than those in Steam or Xbox out of no reason.